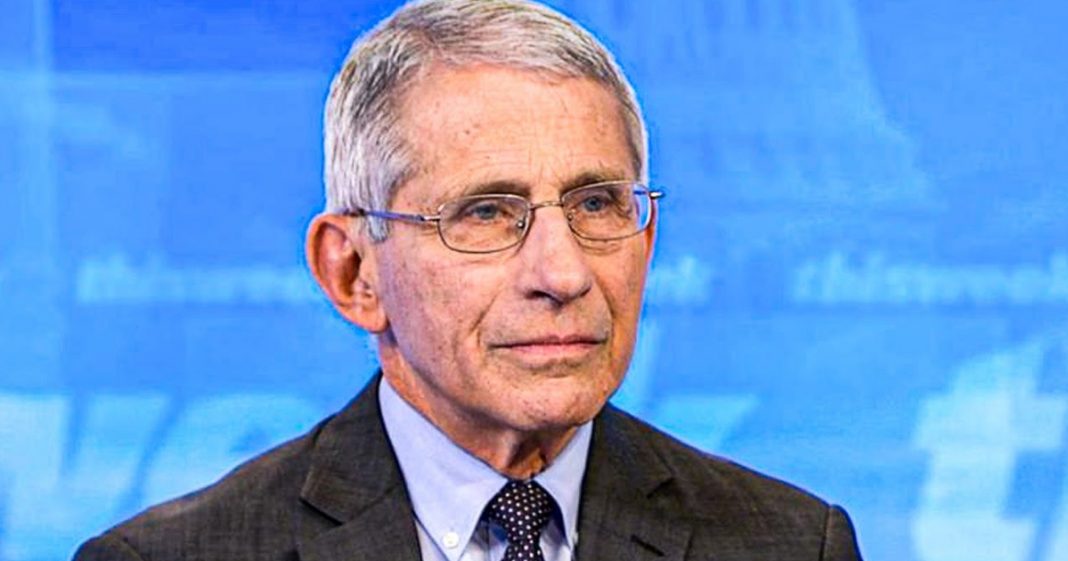 The Trump administration engaged in an extended, multi-faceted smear campaign against Dr. Anthony Fauci, and now the Fauci family is having to live with the consequences. The family is receiving threats against their lives from unhinged conservatives due to the simple fact that Fauci refuses to serve as a loyal lapdog to the President. This is what happens when you let your political party turn into a cult, as Ring of Fire’s Farron Cousins explains.

About a month ago, it was revealed that the white house was involved in a coordinated effort to smear dr. Anthony Fauci, because Fauci was one of the only members of the Trump administration’s coronavirus task force that would not blindly accept whatever the president said. And instead, typically aired on the aside of science. Now, this does not mean that everything that fell, she said from day one has been accurate, but the white house furious that you would not play ball and be a loyal Trump lapdog launched into this smear campaign where they would send out these talking points to the media listing. Every single time Fauci has been wrong, which typically dated back to the early days of the pandemic when the science didn’t exist yet. And we didn’t know what was happening. He always corrected himself. Once the science came out, by the way. And, uh, there was one time when we do know he intentionally lied and that was about the efficacy of PPE because he didn’t want there to be a PPE shortage for first responders.

He lied, but he did it with good intentions that doesn’t excuse it. But that’s the reasoning he gave. Here’s the thing. This is smear campaign launched by the Trump white house, which included Trump tweeting out angry things about Fauci has now led to death threats against Fauci and his family, which includes his daughters. They are getting death threats from crazed Trump’s supporters, all because Fauci will not go out there and just say, Trump is always right. I am always wrong. And here’s how we know it’s Trump supporters. Well, one, they can obviously trace the people when they send a message that’s easy to do, but a two, because the only group of Americans were found, she does not have an overwhelmingly positive approval rating is people who voted for Trump in 2016, not, not Republicans cause overall Republicans like him. It’s just people who voted for Trump in 2016, do not have a net positive approval rating of dr. Anthony Fauci.

This is what happens. This is what, what happens when you allow your political party to become a cult of personality instead of an actual political party, based on ideology of any kind at all. Even if it’s crappy ideology, like the Republican party is even those days were better than what we have now, because now it’s a party of blind loyalty to whoever sits at the top. And the person sitting at the top right now happens to be Donald Trump. And if you do not blindly support Donald Trump, if you do not go with everything he says, if you do not sit there and admit to yourself that this guy cannot be wrong, you dad, or at least that’s what these Trump supporters would like for to be found. She may not be perfect fell. She may not have always been right about this, but he has been right more than anybody else in this administration.

He has also been willing to correct himself when he has been wrong, which is something we have not seen from the rest of this administration. His family needs to be protected. He needs to be protected, just like any other member of this administration, whether we love them or hate them should be protected. And they should not be receiving death threats. Trump better reign his people to hell N because they are the ones that are a threat to human life. They are the ones who want to harm others and they are the ones who have absolutely no problem showing it. And unfortunately, even though law enforcement understands that these Trump people are the real threat to this country. They refuse to do anything about it.