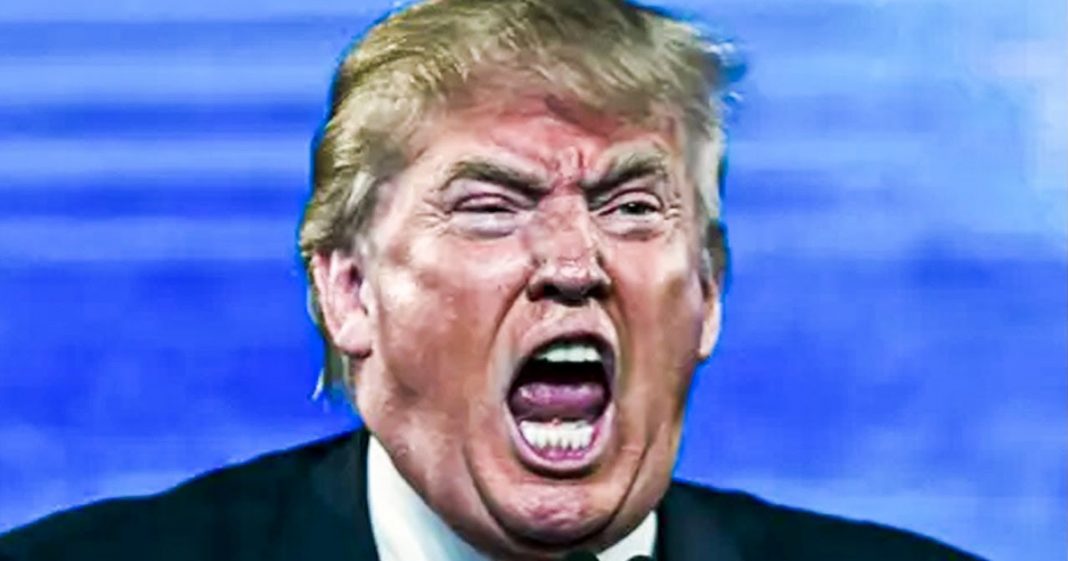 Donald Trump had a phone call with conservative billionaire Sheldon Adelson last week, and the call could not have gone worse. Adelson wanted to talk about Coronavirus relief efforts, but Trump only wanted to ask Adelson why he wasn’t personally doing more to help his failing campaign. When Republican officials got word of this, they were nearly sick with grief over the way one of their best donors was treated at the hands of the President. Ring of Fire’s Farron Cousins discusses this.

So it’s no secret that Donald Trump’s reelection campaign is having a bit of a problem raising money from some of the, uh, high profile, big dollar Republican donors. Uh, this is something that’s been reported on for, well over a month and a half now. And it’s because according to these donors, um, the Trump campaign hasn’t necessarily given a message that Republicans can latch onto not just Republican voters. It is the job of those at the top of the ticket to come up with some kind of coherent Republican message that every other candidate running for office as a Republican this year or whatever year it is, uh, they also carry on that particular message. You know, this is why we, as a party are better than this other group that we’re running against. Obama did it, uh, in 2012, you know, George W. Bush did it in 2004, all the Republicans ran on it. No, for all the Democrats ran on it and no eight, or excuse me, 2012. Um, that’s how it goes.

And that’s fine. It’s going to go with the Democrats with Joe Biden’s message. They’re all gonna latch onto that. Uh, but Trump, hasn’t done that and it’s driving these donors crazy and it’s driving Republicans down the ballot. Crazy. So last week, Donald Trump has a telephone call with Sheldon Adelson. You know, casino mogul just like Donald Trump billionaire with much more money than Donald Trump and, uh, Adelson. According to reports wanted to ask, Hey, what’s what’s happening with the economy, man, what’s happening with this coronavirus relief stuff. You know, eh, we need some things here, but Trump didn’t want to have that conversation. Trump wanted to have a different conversation with Adelson and a conversation that left Republicans in the party horrified that the president had the audacity to say these kinds of things to Sheldon Adelson. I’ll read you. This is from Politico. The 87 year old casino mogul had reached out to Trump to talk about the coronavirus relief bill and the economy.

But then Trump brought the conversation around to the campaign and confronted Adelson about why he wasn’t doing more to bolster his reelection. According to three people with direct knowledge of the call, one of the people said it was apparent. The president had no idea how much Adelson who’s donated tens of millions of dollars to pro Trump efforts over the years had helped him Adelson chose not to come back at Trump. When word of the call circulated afterward Republican party officials grew alarmed. The president had antagonized, one of the biggest benefactors at a precarious moment in his campaign. They rushed to smooth things over with him, but the damage may have been done. Damage may have been done. You don’t piss off the hand that feeds you, right? I’m going to be honest. Here would be honest. Um, I’m not gonna fault Trump for this at all.

I’m glad he pissed off his donor, but I’m also glad that the donor got pissed off because this is what happens. And I think Republican donors or democratic donors, hell all political donors. Y’all need to understand this a little bit. See these politicians that you keep giving cash to. Um, let’s think of him as like raccoons. You know, they show up at your back door. They look pretty cute. You know, they give me a little rabbits sometimes, but you know, you ain’t, you hand them Manila, wafer. You hand him a low cookie of some kind. You hand them a Cracker. They take it with their little hands and they just, they eat it. And then it looks cute. Right? That’s how these donors are with the politicians. Okay. I gave the cute little thing. The little Cracker I gave the cute little politician, the money.

Well, next thing you know, a week from now, that thing not only has come back every night, but now he’s starting to bring his friends. I Oh, wow. Okay. I start buying crackers. I guess there’s going to be a regular part of my routine. And that’s how the doning donating works. Excuse me. You can donate. Um, they started donating on a regular basis. You know, it just becomes part of their routine as part of their business. Now, when this suddenly they decided, you know what? These raccoons again, fat, you know, why am I giving these raccoons, all these crackers. It’s not cute anymore. What am I getting from it? Why am I doing this? Raccoons, do something for me. Why aren’t you listening to me? And that’s the point? The raccoon jumps up bites your face off cause raccoon doesn’t understand the raccoon. Just, I just want my cookie. Where’s why, why am I not getting a cookie? And now I’m pissed off at you. Well, yeah, Trump is the rabid raccoon. In this situation, he went up to Adelson and said, Hey man, you know, where’s, where’s, where’s the cookie. I need the cookie. Why, why is this not happening? And now the Republican party is horrified and they should be because, because this is what’s going to be happening from this point forward. And there is no way they’re going to be able to smooth things over with enough donors to save Donald Trump before the election.