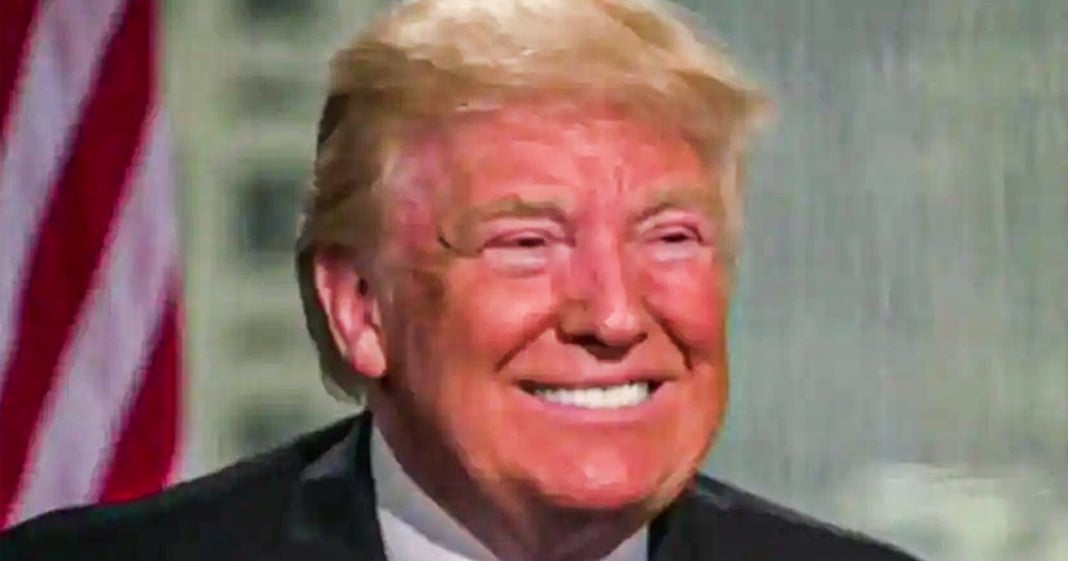 Donald Trump and his hand-picked Postmaster General carried out a Friday Night Massacre last week when they terminated several high-ranking officials at the U.S. Post Office. This was just their latest move in crippling the post office before the 2020 election, where millions of Americans are expected to vote by mail for the first time. Trump is destroying one of the greatest government-run programs in the history of this country because he is afraid of losing, as Ring of Fire’s Farron Cousins explains.

Republicans steal elections. It’s what they do. It’s what they’ve been doing for a couple decades here in the United States. It’s one of the main ways they maintain power here in the United States, because as Donald Trump admitted, admitted during a press briefing just a couple of months ago, uh, if more people were allowed to vote Democrats or excuse me, Republicans, uh, would never win an election in the United States ever again. So Republicans cheat to win. But right now what’s happening is a little more overt than we’re used to, right? I mean, typically Republicans try to operate behind the scenes with the, you know, rigging of elections with the voter purges, with the lawsuits, you know, saying we have to have these poll Watchers, we have to have voting IDs and those kinds of things. Uh, Trump’s been a little more overt with it right now on Friday evening, Donald Trump and his new postmaster general, uh, Louis DeJoy carried out a Friday night massacre in which they fired or moved 23 executives from the United States post office in order to centralize the power of the us post office under the joy who is Donald Trump’s postmaster general.

He is also given millions of dollars over the years to Republican candidates. And he has at least $75 million invested into competitors of the us post office. So of course, we put him in charge of the post office. The very thing that is challenging his own personal finances. And now he’s centralizing the power because this is Donald Trump’s attempt to steal the 2020 presidential election. He understands that his claims of voter fraud with vote by mail have fallen. Flat Republicans have been telling him for two weeks, he has to stop saying that because it’s actually scaring Republicans away from food. So he decided to let go of that. And instead do the, the other thing say, okay, well, if everybody’s going to vote by mail, I’ll just destroy the mail. I’ll ruin the post office for everybody. And that is exactly what he’s done. That is why mr.

D joy is now in charge of it because that is what this guy does. And in the short time that mr. Joy has been at his position, we have seen the mail slow down and he has done this in a couple ways. One is by eliminating overtime for postal employees. Meaning once you hit that 40 hours, you were done, you were off the clock. You get sent home. You cannot stay to help catch up and keep things moving. So you down a couple people will shift. Sometimes that makes things fall behind. He also has instructed postal employees that if their bags are not ready to take out, because they don’t have all the mail sorted, go out anyway, leave the mail behind, leave it for tomorrow. Well, here’s the thing about the male folks. It doesn’t take a day off, even though it actually takes a day off.

It still doesn’t take a day off from common. It keeps coming always coming. In fact, that’s one of the things that drives postal workers. The most insane. They say that no matter what, it’s just, it’s always there. There’s more of it every single day, every day, every day, every day. So when you have to leave some behind, it’s not just, okay, we just have to deal with this little bit tomorrow. No, you have to deal with the little bit tomorrow, as well as everything else that came in behind it, that makes it much less likely. You’re going to get it all out. And then you have another leftover. That’s how you slow the mail down and they’re doing it only because they want to show you that the post office sucks the post office. By the way, the us postal service has been one of the most successful government programs in the history of government programs.

No, it doesn’t turn a profit, but it has been able to sustain itself for many years until George W. Bush came along in the year, 2005, sign the law that says they have to fund their pensions essentially 30 years out instead of funding them as they go that put the post office in a hole, they’ve done a pretty good job of getting out of it. And then Trump comes along, puts them back down in the hole. And hopefully this organization is resilient enough to come out of it. I actually have a lot of family members, uh, who were postal workers, and this has sad and pathetic what he’s done. These people take pride in their work. They’re good at what they do, and they understand the importance of what they do. And they also understand that this industry is under attack and it’s under attack because Donald Trump in broad daylight is trying to steal the 20, 20 presidential election.