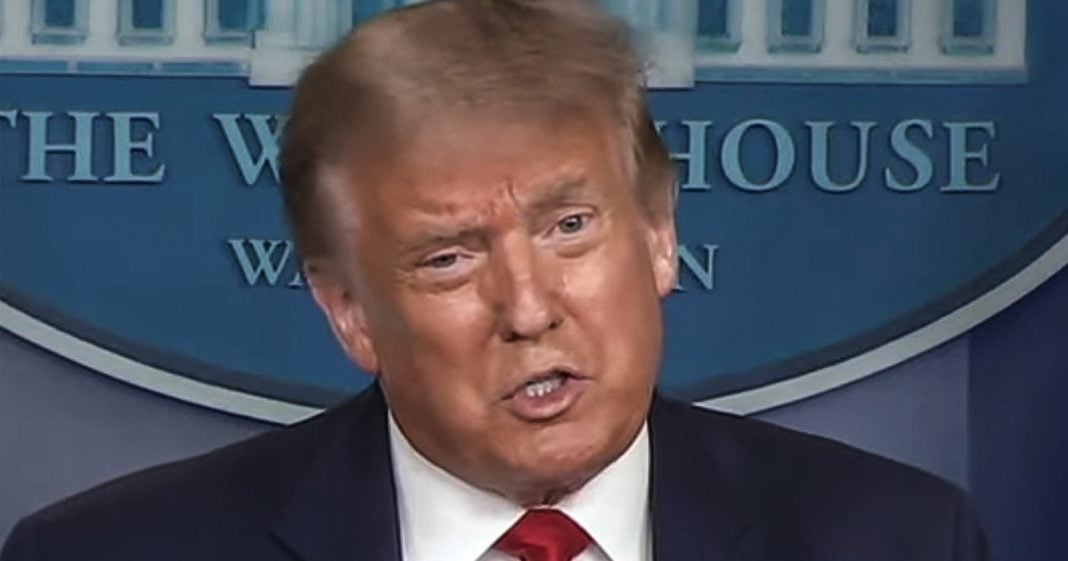 Donald Trump has made at least 12 promises to sign a healthcare bill “very soon” during his time in office, and not once has he ever come close. These repeated lies about one of the most pressing issues in America are finally starting to take a toll on voters, reminding them that Republicans like to whine about The Affordable Care Act, but they aren’t smart enough to actually develop their own healthcare bill. Ring of Fire’s Farron Cousins discusses this.

More than 15 times since being elected president of the United States, Donald Trump has promised the American public that in a very short amount of time, he would be signing a brand new healthcare bill into law. He has been doing this, as I said, since he was elected in November of 2016, November, 2016, shortly after the election was one of the first times, he said, very soon, I’m going to be signing a law, even though it was still a little more than two months away from him being sworn in as president, since then, we’ve had more than a dozen occasions where he’s made the same claim, including two and a half weeks ago when he said it. Uh, during that interview with Chris Wallace on Fox news, he said in two weeks, which was 14 days, I’ll be signing a major new healthcare bill into law. Now reporters, uh, you know, people who work on the Hill, they started going through the records, seeing what legislation is being worked on, what’s coming up on the agendas.

There was not nothing, nothing, nothing for health care, anywhere in there. Trump absolutely made this up out of nowhere, just as he had all of those other times when he said it, when he said, Hey, in a week, I’m signing a bill. Uh, by the end of the month, I’m signing a bill. Nothing ever came of those because nothing was ever supposed to come of those because the president lied his ass off about it. Well, guess what lies have consequences. And that’s what we’re starting to see right now, especially when you lie about something as important as healthcare in the middle of a pandemic. People tend to notice that now some of these other times when he’s done it, people weren’t necessarily paying attention, but they were paying attention to this one and they’re pissed. And this is now starting to reverberate to every other Republican running for office.

They are facing questions from their constituents as to why where’s the healthcare bill. That’s now been three weeks. Where, where is it? He said the thing you you’re in the house, you’re in the center. Where’s the, where’s the thing. You know, the thing to quote Joe Biden. Um, and it’s having real, uh, consequences for other Republicans. They’re being asked about it. Their constituents want answers. President said you were doing this thing. So where is it? Not only that it’s reawakening all of those old talking points from Republicans that we have now heard for more than 10 years folks, which is we’re going to repeal and replace Obamacare. You’ve literally had a decade, a decade to repeal, replace rewire, right? Uh, come up with anything, something, something that resembles some kind of healthcare bill Republicans have, uh, they’ve done nothing. They literally came up with one bill one time that they couldn’t even get everybody in their party to vote in favor of.

And it was a God awful train wreck. It, it sparked all of those town halls across the country where angry Republican voters yelled at their Republican representatives because the bill they came up with was that fricking bad. It was so bad that it sent the approval rating for Obamacare through the roof to its highest point ever. Like that’s, what’s amazing. You take a program that it was only about 50% popular with the public, but you come up with an alternative so bad. It sends people who spent 10 years hating Obamacare over here saying, no, I love Obamacare. Like this is the greatest thing ever. I mean, look at we’ll get the turd. They dropped on us. That’s how bad Republicans are at policy. And then those feelings are being reawakened. Every time Trump lies about having a healthcare plan. It reminds these voters of the anger. They felt, it reminds them of the times when Republican politicians would hide, literally running hide from their constituents because they showed up outside their offices, demanding a better healthcare bill. That’s what Trump is reminding people of that is what Republicans are afraid of. And that is what we need more of as we approach this election.