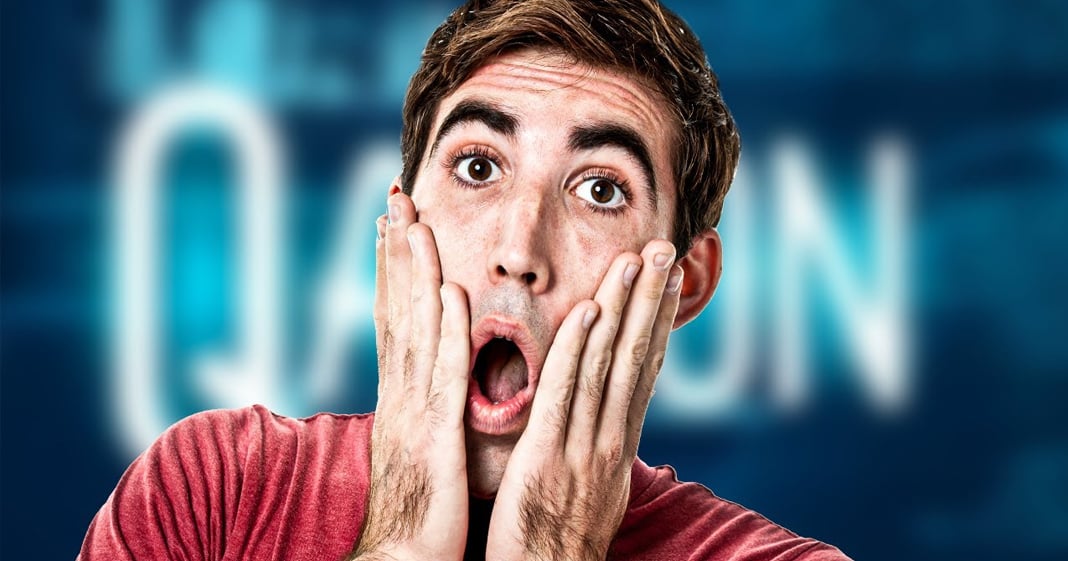 There will be 15 QAnon-linked individuals running for office on ballots across the country in November, and all of them are running as Republicans. This isn’t sitting well with the Republican Party, but this is the kind of culture that they have fostered for years within their own party. The overt hatred that they have towards Democrats and their refusal to argue in good faith created QAnon, now their monster threatens to derail their hopes of not being destroyed in November. Ring of Fire’s Farron Cousins explains what’s happening.

Well, the November ballot is still kind of taking shape right now. We still have some States, some areas of certain States that have yet to do primary. So we’re not a hundred percent sure who all will be on the ballot, but we do have a pretty good idea. And right now we know that at least as of, as of today, there are going to be no fewer than 15 Q and non linked Republicans on November’s back. 15 followers of these outrageous conspiracy theorists that popped up online within the last three years. This is a group by the way, the law enforcement officials at the FBI have identified as dangerous. And as a threat, one of them, a one Q Anon believer Q and on follower was actually arrested. Not that long ago. Uh, as she livestreamed her attempt to go murder Joe Biden, she was on a mission, a Q and on mission to go murder Joe Biden.

Um, yeah, but Republican’s sells Antifa is what we need to worry about. Right? Ooh, those people that have never killed anybody, never been arrested for plotting to kill someone. Those are the ones we should be worried about, but deep down Republicans know that Q Anon are the folks we should be worried about. And we know that because they’re actually worried about it. You see the Republican, party’s not happy that Q Anon has decided to hitch their little wagon to the Republican party. They’re not happy that they’re going to have members of their party embracing Q and on, on the campaign trail. And some of these Republicans unfortunately do look like they are in a position to win. Most of them will not. Uh, most of them are going to go down in a blaze of glory, uh, in deep blue districts against incumbent Democrats. They have no chance of winning at all, but in other areas, there are some areas where these Q Anon believers have actually challenged incumbent Republicans in the primaries.

And one they’re in red districts. They have a good chance of winning their elections, but the Republican party is a little less certain about that. They think that these Chu and odd followers, because this is crazy, they think it could cost them those seats. And to be honest, I hope it does. I have to read this. I have to read this from vice news. Uh, last year, an FBI bulletin from the Bureau’s Phoenix field office described conspiracy theory, driven extremists as a growing threat and singled out Q Anon and its predecessor pizza gate. And yet candidates running for office are sharing slogans associated with Q Anon either because they believe it or because they think it will help win support from manga types. Since the start of the COVID-19, Trump has shared at least 90 tweets from 49 Q Anon accounts. And that’s according to an analysis by media matters.

Um, so yeah, the Republican party itself is not happy because believe it or not there actually still are some grownups within the Republican party. Now these are grownups I disagree with on every single issue. These are grownups that would love to strip you of every rights you have and allow corporations to pour toxic waste, right on top of you. They don’t care about you at all. They care about money, but they’re grownups and they understand that crazy is crazy and they don’t want to be associated with it. They have no problem being associated with death and destruction and pollution, but crazy, man, they draw the line at crazy and they don’t want this on the ballot representing them. But here’s the problem. You can’t even blame this on Donald Trump, right? The Republicans let the blame everything on him. You know, let’s pin it all. It’s all from Trump, all from Trump, no folks, this Q Anon conspiracy about this whole, you know, Oh, it was pedophile ring being run from the federal government, uh, is the extension of decades worth of crazy Republican talking points, getting more and more extreme.

Every election cycle Democrats are baby killers. No, no they’re not. But y’all been saying that for decades, straight up saying the Democrats kill babies, not the case. Uh, you have been saying that Barack Obama was actually born in Kenya. You were saying that there was going to be death panels from the affordable care act. Sarah Pailin helped push that one. Y’all have been saying these crazy ass things for decades and Q Anon is the natural evolution of that. You’ve been promoting conspiracy theories that you knew were not true, but you say them because you think it will win you elections. It’s only natural that you would do this so much so frequently. And with such ferocity, then an entire movement would sprout up because of it. And that’s what you went on. His Q Anon is the culmination of years of Republican lies. That that’s what they are.

And he’s not even a Q and on type. As far as I know, he just draws Dilbert. They’re all Q Anon folks. That’s the point whether they want to wear that label, whether they want to do the WW one got G, but whatever the hell, their stupid hashtag is, it doesn’t matter. They’re all a part of it. If you’re a Republican and you have at any point in the last 40 years, gone out there and said, one of these ridiculous talking points that I have mentioned in this, congratulations, your part of Q Anon, whether you want to be or not, you’re a part of it. And your insanity, your desperation to win at all costs created this group. You own it. That’s your kid or better analogy, I guess would be. That’s your monster, dr. Franklin Frankenstein. That is that’s yours. You own it. You created this thing. Peace by disgusting decrepit piece, you sewed it together and then you brought it to life, but then you saw that it couldn’t be controlled. It had grown into its own thing. It started making demands. It started to think. And now you’re terrified of what it could do to your party as you should be.

And yet you are still out there trying to disavow this monster, but spread the monster lies. Democrats are going to take your guns. Democrats are going to kill you all by the end of the year. Biden wins. Democrats want to force everybody to get gay. Married Democrats want to make abortions, mandatory Democrats want to do away with all genders. Nobody has any, any gender at all anymore. All these weird, crazy things are creating a new monster. Maybe it’ll be weaker than the one you’ve already created. Maybe it’ll be stronger. Who knows at this point, but you have to own it because this monster that is rampaging through this country, this monster that’s going to be on at least 15 different ballots this year. That’s your monster. And you may hate it. You may not be happy about the fact that that monster has an R next to its name, but you spent 40 years creating it and you can’t run away from it now.