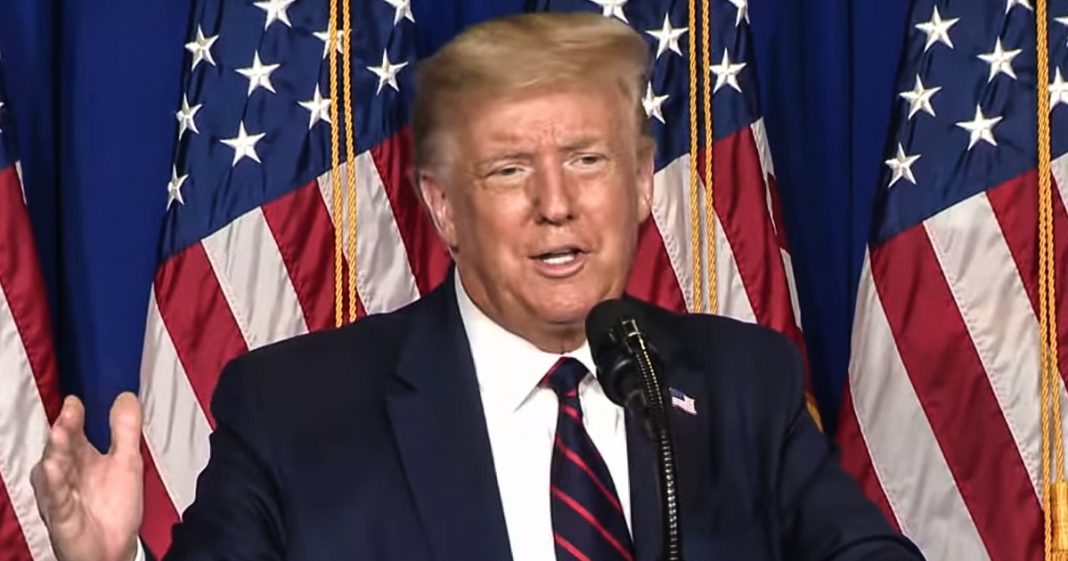 According to a Never Trump Republican who has worked as a Republican consultant for decades, the damage that has been done to the Republican Party likely cannot be undone, and now it is time to get rid of that Party and start a new one. He also admits that Trump has not hijacked the Party, but instead he is the culmination of what the Party has become. Ring of Fire’s Farron Cousins discusses this.

Democrats have been scratching their heads in recent months, trying to figure out what exactly is going on with these never Trump Republicans. You know, the folks over at the Lincoln project, you know, Washington, post columnist, Jennifer Rubin, what exactly is driving their hatred of not just Donald Trump, but now these folks are actually turning against conservatives themselves. Well, some of them are doing it for self serving purposes. Like the folks at the Lincoln project, they have to preserve whatever they can so that they can still push their conservative agenda. They can still get money from all these corporations. They are not our friends. Jennifer Rubin sure as hell is not our friend, but nobody at the Lincoln project is either, but believe it or not folks, there are some never Trump Republicans as pointed out in a recent article with Washington monthly. There are some of these never Trump Republicans that do get it.

That clearly are not out there for their own self serving purposes. And those are the folks that Washington monthly highlighted a, they pointed David corn from mother Jones, who recently spoke to one, never Trump conservative by the name of a Stuart Stevens who has spent his entire adult life as a Republican strategist and consultant. But he understands in a way that I have not seen any other Republican admit the damage that Donald Trump has done to his party. I have to read this, uh, from him. This is phenomenal. Uh, he huffed that the Republican party had not merely drifted away from its core positions as sometimes occurs with political parties, uh, fair trade, balanced budgets, character, family values, standing up to foreign adversaries. We’re all against that. Now you have to ask, does someone de abandoned deeply held beliefs in three or four years? No. It means you didn’t ever hold them. He rejected the common view that Trump had hijacked the GOP. No. He explained the triumph of no nothing. Trumpism marked the culmination of an internal conflict that had existed for decades between the party’s dark side and its professional eye.

Okay. That shows that this particular never Trump, Republican Stuart Stevens, that he gets it. That’s the difference. That’s what sets him apart from the Grifters. Jennifer Rubin is a grifter, the Lincoln project. They are Grifters Stuart Stevens. He understood it. And while I disagree with what he stands for as a conservative, I do not think those are real values or things that are of any importance. And some of them would downright hurt this country. I do appreciate and respect his honesty and his ability to look inside his party and see that it ain’t just Donald Trump. And that is what we have been saying since day one of this administration, both here in these videos, uh, on America’s lawyer, on ring of fire radio with, with Sam, we’ve said this repeatedly since the beginning, Trump didn’t cause these problems within the Republican party, he is merely the result of the problems.

And if these Republicans understand that like Stevens does here, that shows they have some introspection that shows that they realize we’ve gone down a dark path. We didn’t just get on this path with Trump. We were on it for a long time and we stumbled across him further down this path. And that’s why Steven says it’s time to blow it all up, get rid of it, tear it down, tear down the foundations of it and rebuild. And he’s right. Listen, as much as I despise everything that conservative stand for. And I believe most of it is, is counter productive to this country and the society. I do understand that we have to have multiple functioning parties in order to have good government. You know, we cannot just have one party hijack, everything, rule over everything. Eventually that’s going to lead to a lot of trouble.

Uh, maybe not in the short run, but in the long run. Yes, it will. But we need more than two parties. That’s that’s the other problem. When you only have a duopoly like we have here in the United States today, that also leads to problems, which we’re clearly seeing Stevens is right. The Republican party needs to be broken down and rebuilt, but it needs to be rebuilt as three or four separate parties. And the same thing is true of the democratic party. It does not believe in the ideals that it was founded upon. It doesn’t believe in what it believed in 30 years ago, destroy it, blow it up and then rebuild it there’s two, three, or even four different parties. Each one of them representing a very real tenant of the democratic party, what it should have been, but what it can’t be anymore. I look around at the democratic party today and I know I’m veering off Republicans and the Democrats.

I don’t fit in anymore. I am still a registered Democrat because I want to have a say in the primary and I’m in a close primary state, but I have less in common with them today than at any other point in my life as a registered voter. I do not believe in the same things. I do not believe that we should be accepting any corporate money whatsoever. I do not believe that we should be moderating ourselves in a way that prevents us from actively going after aggressive, progressive strategies and ideas. I don’t believe in negotiating before. It’s actually time to negotiate coming from a position of weakness rather than a position of these are our demands. Take it or leave it. But that is what the democratic party is. Today. I have as much in common with a centrist Democrat as I do with a far right conspiracy theorist. And that is nothing.

Both parties have to be blown up. Both parties have to be rebuilt, but they cannot be rebuilt as a singularity. We have to expand this system. If you truly want to have a representative government that has room for everybody, then we need more than two parties. And I’m sorry, but the green party, the libertarian party today, libertarianism is a joke. Sorry, the green party, great ideals, great foundation, horrid candidates. And I’m sorry to have to be that blunt with you. I love the green party, but I hate who you choose to run for these offices. This is embarrassing at this point, you know, you already have a reputation of being kind of a little bit wacko and I’m sorry you do. That’s the reputation, but you only further reinforced that by putting up these laughably week and oftentimes little bit nutty candidates, you’re a good party with a good platform, put up a good person and watch the difference.

But I don’t think they’re ever going to get it. I don’t think the libertarian party should even exist. And I don’t think Republicans or Democrats are ever going to get it. Either. Everything must go, but at the same time, everything must come back to, we can do this. We can overhaul the whole system. We can come up with new parties, new names, new mascots. It doesn’t have to be donkeys versus elephants. We can truly rebuild the system. We just have to be willing to do it. We have to rip that bandaid off. We can’t be afraid to take that step. We can not be afraid to lay down new rules, new ideas and move forward. Republicans are starting to wake up to the fact that their party has ventured away from what it is supposed to be. Democrats have to do the same thing. And once we’re all on the same page that none of these parties are what they say they are. Then maybe we can start tearing some things down so we can build it back better.