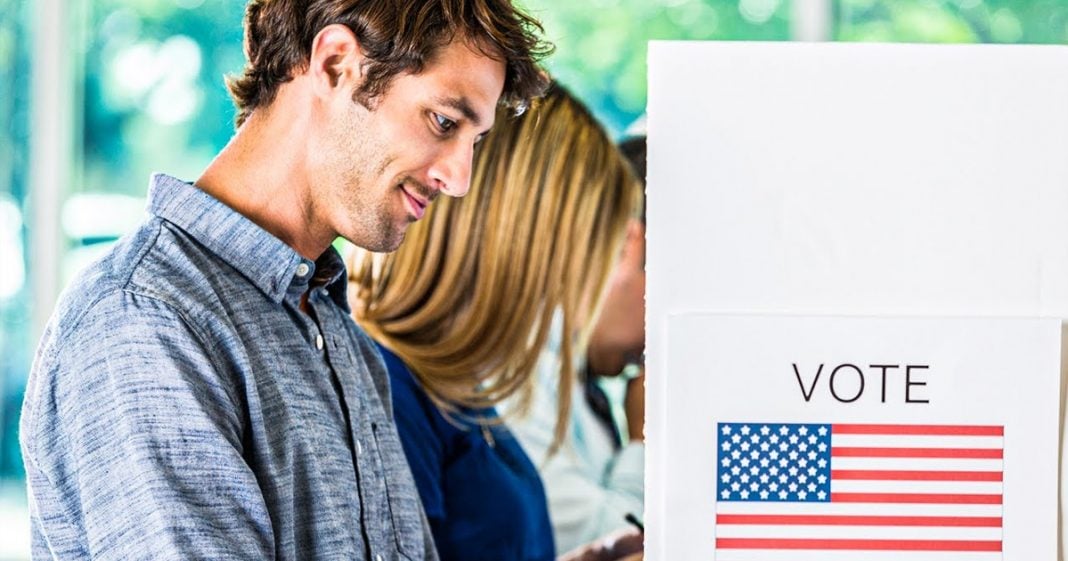 Baby Boomers no longer make up a majority of the American electorate, yet they still turn out in greater numbers than the younger generation. It was speculated that this young crop of voters abstained because they had nothing to vote for, but this theory was put on ice during the Democratic primary. So what is their reason for not turning out in larger numbers? Ring of Fire’s Farron Cousins analyzes the situation.

According to a new analysis out this week, uh, millennials and the younger generation behind them now make up a majority of the U S voting public more than 50%, but less than 51%. Cause that’s how close it is. Uh, of Americans are now below the age of 40. So this group, the millennials and the generation, right after them, the, I forget whatever we’re calling him today, but whatever. Uh, they’re now the biggest voting block here in the United States. So this is going to be the first election in our lifetime, where the young voters absolutely can show up and make the election, whatever they want it to. The problem is that they’re not, here’s the thing. We have been talking for years about how this generation was going to be, you know, the biggest voting block in 2020. And that is true, that came to fruition.

But that was also true during the primaries and they didn’t show up. It was true in 2018 and in most areas of the country, they didn’t show up. And that kind of shoots to hell. Um, the theory that I had posited, which is that this generation has to be given something to vote for instead of just things to vote against people, to vote against candidates, to vote against because in the democratic primary this year, you had lots of candidates, some much more so than others offering very real policies and real ideas that would directly benefit those generations. And they still didn’t show up for him. So I don’t know what more they needed. I don’t know what more they need right now, you know, 50, 54%, 54% of the people under age 40 lean Democrat, or identify as Democrat only 38% lean Republican or identify as Republican Democrats have a clear edge with the under 40 crowd, but they’re still not showing up.

And that’s the problem. And because my theory did not hold true during the primary, they were given something very clear to vote for Medicare, for all legalized marijuana debt-free college, something that the democratic party will not include on their platform based on their voting. And they said, we’re not going to do it. Uh, so what, what, what’s it going to take? See, I am in this generation. I see it online all the time. Hell uh, most of the political progressive commentators are in that generation. We are hugely politically active. We are hugely educated and I’m not just talking about us. I’m talking about our audiences in those demographics. The question is why, why are you not getting out there and exercising your power? We hear it all the time from this generation. Oh, it’s the same old politics, the same old people. You literally can change that. You’re just not.

And the question is why that’s on you. You’ve been given good, good candidates to vote for, but even that didn’t motivate these people. You were given ideas and policies the vote for, but that didn’t get them out at this point. I don’t know what will, but as long as they remain politically inactive, at least in lesser numbers than we’re seeing in the over 40 crowd, then you can always expect that elderly generation of baby boomers. They’re going to be the ones electing politicians that are going to affect your daily lives. If you want to stand up, if you want to take charge of your future and your kids’ future, you do it by voting. You gain nothing by sitting at home and saying the whole system’s rig. I’m not participating bull. It’s only rigged against you because you’re letting everybody else make the decisions for you.