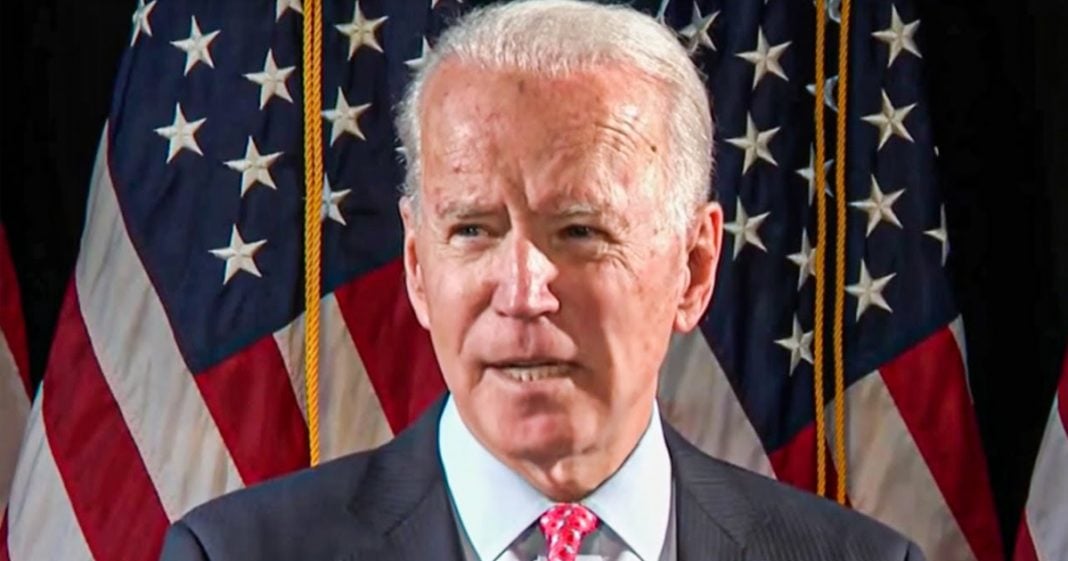 On Monday, Joe Biden’s campaign announced a major increase in their efforts in Texas, increasing the number of staffers in the Lone Star state. Polls have shown that Biden might have an opening to win back the state for the Democrats this year, but that will be a Herculean effort. Is he wasting his time and money in Texas, or could this be the generational shift that has been hinted at for a long time? Ring of Fire’s Farron Cousins discusses this.

So this past Sunday, uh, Mark 16 years that I have been here with ring of fire. And every couple years like clockwork, we see these stories emerge saying that a Texas might turn blue, Texas might be more purple than red, Texas, Texas, Texas. It’s there for the Democrats. All they gotta do is seize that opportunity. And of course, with this presidential election year, we’ve seen that story emerge for over 12 months now because the polls are showing Trump has weakened Texas, you know, right now it is a statistical tie because it’s within the margin of error for both candidates in the state of Texas, Joe Biden has the potential to win Texas. Just like lots of other Democrats over the years have also at one time or another had the opportunity to turn Texas blue something no democratic presidential candidate has actually done since 1976 when Jimmy Carter did it.

So, you know, 44 years later, can we do it? Joe Biden seems to think that he can. And this past Monday, Joe Biden, his campaign announced that they were doubling down on their efforts in Texas. They were hiring more people. They were going to concentrate their efforts in Texas on Texas. And what that means is that their volunteers and campaign workers in Texas, we’re not going to be making phone calls to other States. They were only gonna focus on Texas getting out the vote in Texas, talking to voters in Texas about Joe Biden, knocking on doors in Texas, all their Texas resources. We’re going to stay in that state so that Biden might have a chance of winning there. What a 38 electoral college votes, second biggest price in the country. Yes, that is a big one in a Biden takes Texas. He’s it’s done. He’s got it. He wins because he’s doing so well in the other States, the question is, is this real? Are these analyses keep telling us that Oh, Texas could go to a Democrat? Is it real?

I want to think it is. But at the same time, this is now 16 years that I have been hearing this 16 years of hearing that these deep red States in the South old they’re just, they’re about to turn blue. They’re going to do it. They’re going to Dole. Darn it. They didn’t do it this time, but next time, they’re totally going to do it. We want to think, we want to hope. We want to believe. But at the same time, we have to understand that this is a state that gave us Ted Cruz. They gave us Ted Cruz against Beto O’Rourke, who was pulling in money from every state in the country because Ted Cruz was at the time, the most hated politician in the United States, but even with 50 States worth of money, even with national coverage of how awesome Beto O’Rourke was, Ted Cruz pulled it out.

Can Joe Biden, wind, Texas absolutely will Joe Biden, wind, Texas. Absolutely not. I hate to rain on everybody’s parade, but it just ain’t going to happen. I like that. He is doubling his efforts in the state of Texas. You’re not going to turn it blue this time, but set the stage to do it in the future. This is going to be a gradual shift. It’s not going to be a magical overnight type thing, and it’s not going to happen right now. You got to play the demographic game. You got to play the age game. As the older generation moves on to the great beyond the younger voters are statistically far more progressive than they are conservative. It’s a waiting game. And I just don’t think we’re there yet. No matter how much money Biden pours into the state of Texas, I wish it were true. I just don’t see it happening.