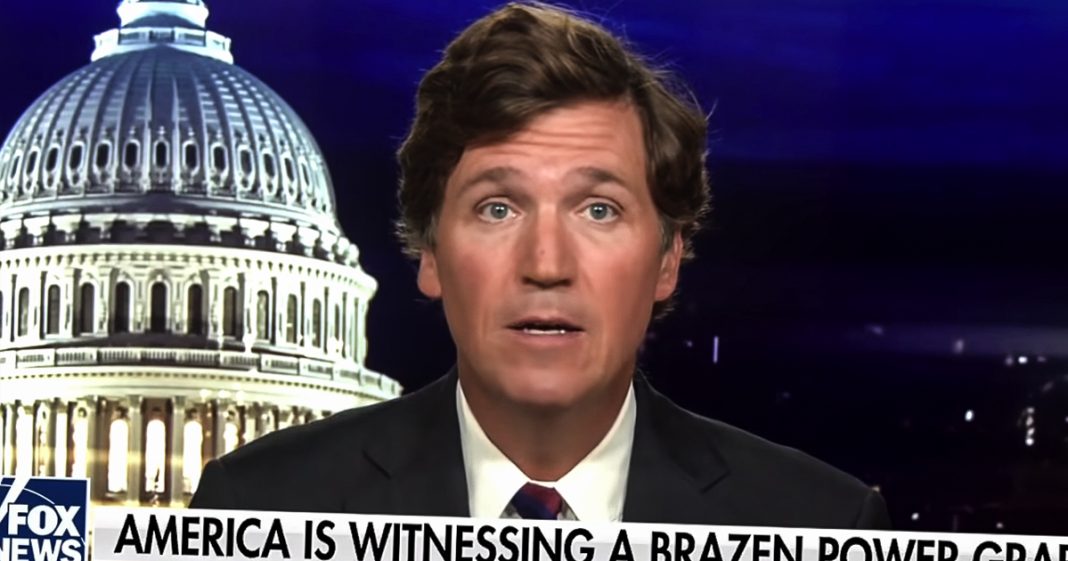 According to a recently-published study, people who regularly consume their news from Fox News have considerably less knowledge of both current events and science than consumers of other news outlets. To put it bluntly – Fox News makes you stupid. While these viewers were just as likely as others to know HOW the government works, they were far less likely to understand what was actually happening, especially when it came to matters dealing with science. Ring of Fire’s Farron Cousins discusses this.

According to a new study recently published in American politics, research consuming too much Fox news can in fact, made you stupid. Now the study didn’t put it that way. The study said, it just makes you less informed about, you know, certain things, especially certain things having to do with science, but let’s not dance around it, right? We’re we’re not having to use scientific language. We’re not having to have this published so we can straight up say what it actually is. Fox news makes you stupid. Now, before I get into the details of this particular study, it is important to remember that over the years we have seen study after study, after study, that has confirmed that Fox news viewers are the least informed out of any other media consumers here in the United States. In fact, at one time back when Jon Stewart was hosting, uh, viewers of the daily show, we’re actually the most informed.

So that’s, that’s how that went. But nevertheless, Fox news viewers consistently bottom of the barrel, they knew the least about American politics, that least about American Pall, a political process just wasn’t there. It wasn’t given to them in Fox news. Now it’s important to remember that because the, the lead researcher here, a PhD candidate by the name of Peter [inaudible] from the university of Florida, actually did this study because of that stuff, those past studies. Cause he said he had always seen those. He was skeptical, but he was also wondering why those particular studies only focused on Fox news, the channel and not Fox news, the website. Cause I don’t know if you’ve ever been the Fox news website. They have plenty of things on there that are, you know, verbatim what you see on the network. But they also have actual real news, sometimes Titans sometimes.

So he said, but what about those people? Are, are they okay? Do they know enough? So he decided to dig into this he and his team. And what they found was that in some areas, uh, what he calls a, um, process oriented knowledge, the people who go to Fox news.com were just as informed as everybody else. And the process oriented knowledge is things like how long does the Senator term last, who is John Roberts? And what office does he hold? Which party controls the house of represent, you know, kind of basic, you know, easy little stuff. And the Fox news viewers didn’t fact notice that, but I have to read this part for you, but for other kinds of knowledge, what I call society, oriented knowledge, comprising, important facts about society and things affecting society. The evidence does point to a possible association between visiting the site and lower levels of knowledge, examples of society oriented, oriented knowledge include whether unemployment had gotten better or worse over the past year, whether Barack Obama was a Muslim and whether the world’s temperature had been slowly increasing over the past hundred years, taking in additional online sources, other than Fox news.com diminished the negative effect.

But the model suggests that for the vast majority of people, the society oriented knowledge gap between visitors and non visitors is pretty durable. That association is statistically and substantively significant, but here’s the thing. And I love that he points this out. When people get news from sites other than Fox news, in addition to Fox news, it helps fill the gap. That’s I think the part that we need to focus on you should never ever, and it almost hurts to say this, but you should never get all of your news from only one source. It is going to be incredibly biased. It is going to leave out certain things. There’s plenty of websites out there that I go to on a daily basis that are phenomenal, but one of them, uh, doesn’t ever cover anything related to foreign policy. Others don’t cover anything related to climate change at all.

Some are very pro establishment. Some are, you know, hardcore, socialist websites. They all have something great to offer. And yeah, occasionally I also find myself on right-wing websites. Not because I necessarily believe what they have to say, but sometimes you do have to get that other perspective and you do need to see what the opposition is talking about, right? The point is you have to consume from a lot of different areas because if not, you fall into the Fox news trap and it doesn’t matter how well informed your news outlet is. It never hurts to get a second opinion or a third opinion or fourth, fifth, sixth. We have to be conscientious news consumers. We have to pay attention to where we’re getting our news and we have to make sure that we’re consuming a varied diet of news. Otherwise we’re going to fall into the same kind of Fox news.com trap that is going to leave us knowing less, but oddly enough, feeling more confident that we’re correct.