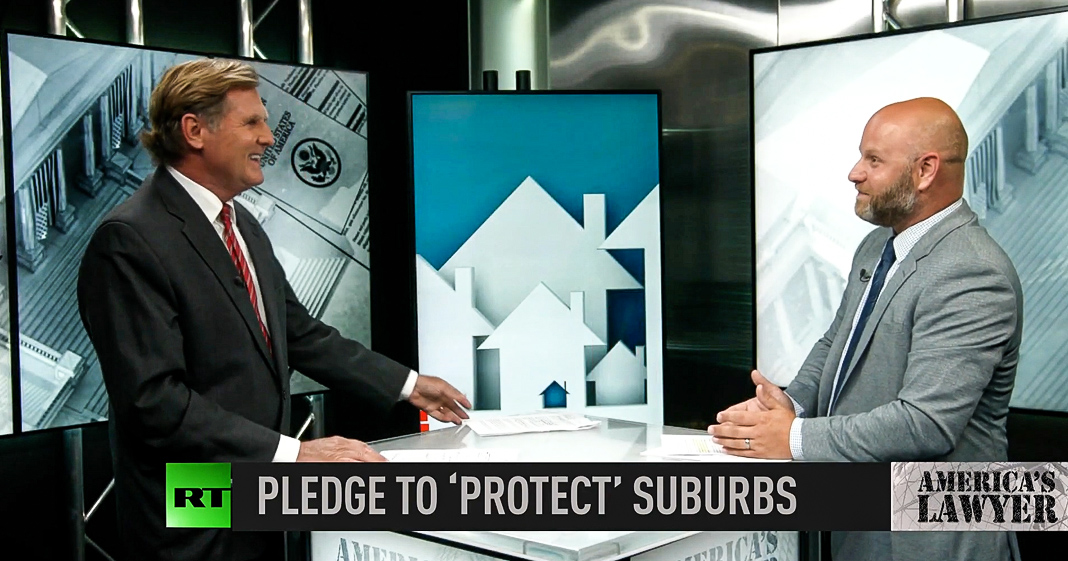 Farron Cousins: Well, this, you know, this, this is the, the, the proverbial dog whistle is what this is. He is trying to kind of harken back to the fear, but he’s doing it in a different way. Because, you know, two weeks ago it was in Joe Biden’s America you’re going to have these riots. You’re going to have all these horrible people coming into your neighborhood. They’re trying to new thing. So now he says, okay, well, if that didn’t scare you, what about the thought of everything you’ve worked for, suddenly it loses value. Your home is worthless because all of these po-folk moved into your neighborhood. And suddenly everybody looks at this and they say, oh my, did you really just say that? Because this isn’t, you know, the 1950s anymore.

Mike Papantonio: It was unapologetic, Farron.

Farron Cousins: Yeah. He did it in two separate occasions.

Mike Papantonio: So, I mean, so here you’ve got the president and you’re right. Look, he learned something and he thinks he learned something from Lee Atwater and Donald Segretti and Karl Rove and all these folks that came up with a Southern strategy. This is just another variation of the Southern strategy. It’s the same thing they used against, you know, Dukakis. It’s the same thing they, they, they, it always comes up. It’s always the go to. The question is whether the go to works. If you recall, we had, we had David Lamb, who’s a pollster, on, on the show a couple of weeks ago. He says he doesn’t think it’s working, but I’m watching, just watch, the poll, it’s closing in. It’s closing, especially in the, in the, in the battleground states.