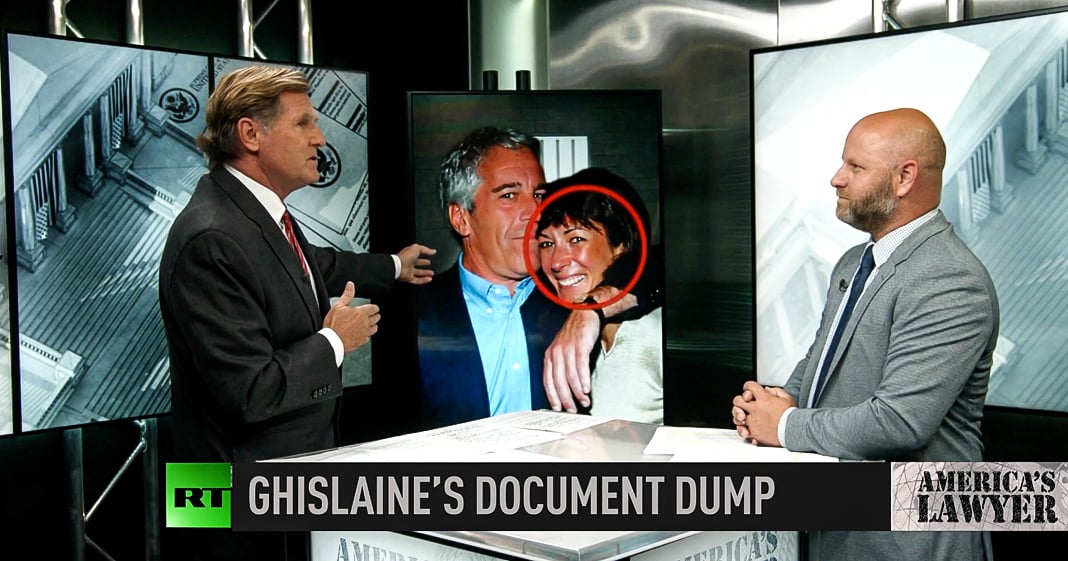 Mike Papantonio: Newly unsealed court documents put Bill Clinton on Jeff Epstein’s pedophile Island, creating a world of problems, maybe for Hillary. Certainly for the former president. Look, up to now, a lot of this was just speculation, right?

Mike Papantonio: And then finally, we had a judge that had courage and the judge says, you know what, this is coming in. We’re gonna, we’re going to unseat what’s, what’s happened here. And now this story is, it’s so credible. I mean, you know, let’s call it a Jane DOE three. Jane DOE three comes out and says, look, and this was years ago, Brad Edwards, who we followed. Brad Edwards is a friend. He’s a great lawyer down in South Florida. He’s been, he’s been on this case forever. And he says, this was going on a long time. Bill Clinton was one of the targets. Prince Andrew was one of the targets, Dershowitz was one of the targets. He mentioned the fact, even in this, that Maxwell met some of these people at, at, at, at Trump’s palace down in South Florida.

Farron Cousins: Yeah. Well, you know, also I gotta say, it’s also a testament to Brad Edwards about how serious he takes the confidentiality, because we have had countless conversations with him.

Mike Papantonio: I know. I know.

Farron Cousins: And we have to learn this through the releasing of the docs. So good on him for having all these morals and ethics. But yeah, we now know, according to these documents, Bill Clinton would regularly be down there on Jeffrey Epstein’s Island. Jeffrey Epstein was a member of Mar-a-Lago, which the organization said he never was. But I think putting Bill Clinton on the Island, especially at this point in a presidential race, I think that is, is really bad news for the democratic party, because this is the kind of figure, normally you would want Bill Clinton going out there and campaigning because he was liked. Hillary was not, but he was.

Farron Cousins: This, this is toxic. This is poison.

Farron Cousins: It’s already gone. It’s already gone from the time they released these documents, it popped in the news and went away just as quickly and that is what is so sick about this. And part of it is because yeah, these are powerful people and there’s a lot more powerful people that have not yet been named. And I honest to God believe that there are plenty of people in media today who know about these things, probably because they were there or they know someone who was, and they don’t want to ruffle any feathers. They know eventually Ghislaine is going to start naming more names.

Mike Papantonio: Well, she is. There’s no question.

Farron Cousins: And more documents are going to come out.

Mike Papantonio: Yeah. But at least at one point, people like Clinton and Dershowitz, they had some, you know, they had an argument. It just didn’t.

Farron Cousins: Right. Oh, I was just on his plane. We had to go to Africa.

Mike Papantonio: And, and Trump, Trump’s gotta come forward and say, you know what, yeah, Maxwell used to come Mar-a-Lago. I mean, and not try to skirt around this issue.

Farron Cousins: Right. There’s too many photographs of both Trump and Clinton with Epstein and Maxwell.

Farron Cousins: These were not casual acquaintances. They were friends.

Farron Cousins: And as Epstein liked to say, Clinton owes him some favors and we’d love to know why.