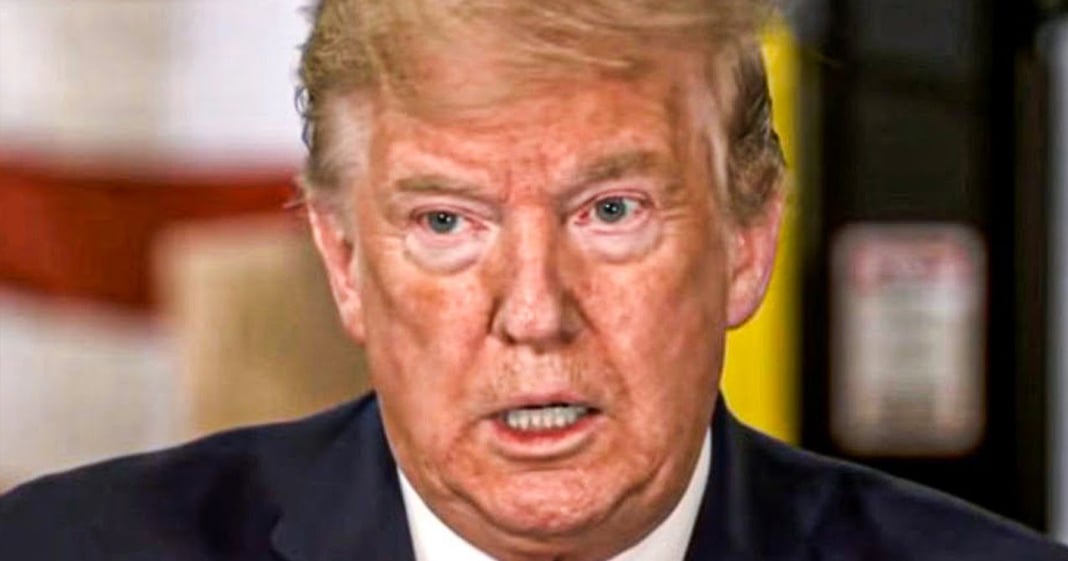 The Republican Party is almost accepting as a fact that they will lose the White House, but now they are worried that the damage from Trump is far more widespread than previously thought. According to numerous reports, Republican insiders are now preparing for complete annihilation of Republicans in November’s election. But this whole thing cannot be blamed on Trump, as Ring of Fire’s Farron Cousins explains.

The reporters at the Hill have spent a lot of time recently talking to, uh, elected Republicans in Washington, D C mostly from the house of representatives. And so this week, uh, they put together a report that essentially paints a picture of a Republican party in panic mode because they’re predicting a full blown annihilation of the Republican party in November’s elections. Here’s the issues that some of these Republicans point out first and foremost, they got 27 Republicans retiring this year, 27 Republicans who could be seeking reelection, but just said, you know what I’m done. I’m out of here. That’s a big number. Nobody ever wants to lose 27 members from your party in a national office. Uh, so that’s hard for them. The second thing is the polls. They see the polls going down, down, down, down, down, down, down for Donald Trump. And that always affects the down ballot races as well.

Uh, typically not to the extent that it, it, uh, affects those at the top of the ticket. Uh, Trump will bear the brunt of that, but it is going to have small trickle effect. So if you have races that, uh, typically would be very tight within one or two points, if you have a presidential candidate who’s down by 10 points, uh, that could very easily flip that seat. Uh, whereas otherwise that seat would not have flipped. So there’s that, and that is what’s worrying them. Uh, the Democrats on the house side have far more cash on hand than the Republicans on the house side because Republican money right now is going to save Donald Trump and save the Senate from Democrats, taking that back over to we’re actually seeing a lot of that with the special interest money as well, a club for growth, the Republican, uh, super pack there.

They have actually been running tons of ads. And I know because we’re in the same media market, but they are running tons of ads nonstop down here after Doug Jones, you know, the democratic Senator from Alabama who only won the special election because Republicans put up Roy Moore and he still even barely one that like Doug Jones had no chance whatsoever of being reelected in Alabama. Let’s be honest about that. But the club for growth is pouring millions of dollars into this opposition campaign against Doug Jones, because they know how badly they need that seat back. They can’t risk it. That is how desperate the Republicans are. That even a seat they know they’re going to take back. They’re not willing to take any chances and they’re going to spend a couple extra million dollars to make sure they do the thing that they’re a hundred percent sure they’re already gonna do.

That’s not a good sign for the Republican party. So here we are. But there’s other issues at play too. It is not just Donald Trump. It is not just, Oh, you’ve got all these, these people retiring part of it too, is that people look at the Republican party right now. They have seen what they do when they have power. They have seen how they handle a national crisis. Uh, they’ve seen how they handle a second national crisis with the civil unrest. And they realized that these people have no idea what they’re doing. They don’t have any plans. They don’t have any ideas. They don’t have anything that’s actually going to help the situation. So why should we continue to vote for them? That to me is probably the bigger problem for Republicans. Trump’s come and go. People retire all the time. You just happened to get a bad batch, the money ebbs and flows.

But the fact that your party has no message. And you’re trying to actually blame that on Donald Trump right now. That’s not his fault. Yeah. It’s pretty bad that his campaign does not have a unified message for all Republicans to run on. That’s actually mentioned in this report, that’s one of the things these down-ballot Republicans are bitching about. We’ll use do, as you’ve given us a message, we don’t know what to do. You can come up with your own. You really can. Um, but none of you have any ideas. The Republican party, hasn’t had a new idea since the 1980s. And that’s when they said, Hey, what if we cut taxes on the rich? Would that help the POFU it didn’t. They claimed it would, but it didn’t. Uh, but that was the last time you guys actually had a new idea. It was a horrible idea, but it was new and you did it. And ever since then, you’ve just been saying the same thing over and over again, because you think we’re stupid or because you’re the stupid one. So you have no message because you have no ideas because you haven’t had an original thought in your party in 40 years. That’s not Donald Trump’s fault. That’s not your corporate domain fault. Oh, maybe it is a little bit, but at the end of the day, it’s because your party, the Republicans, I have no idea how to actually make the country any better.