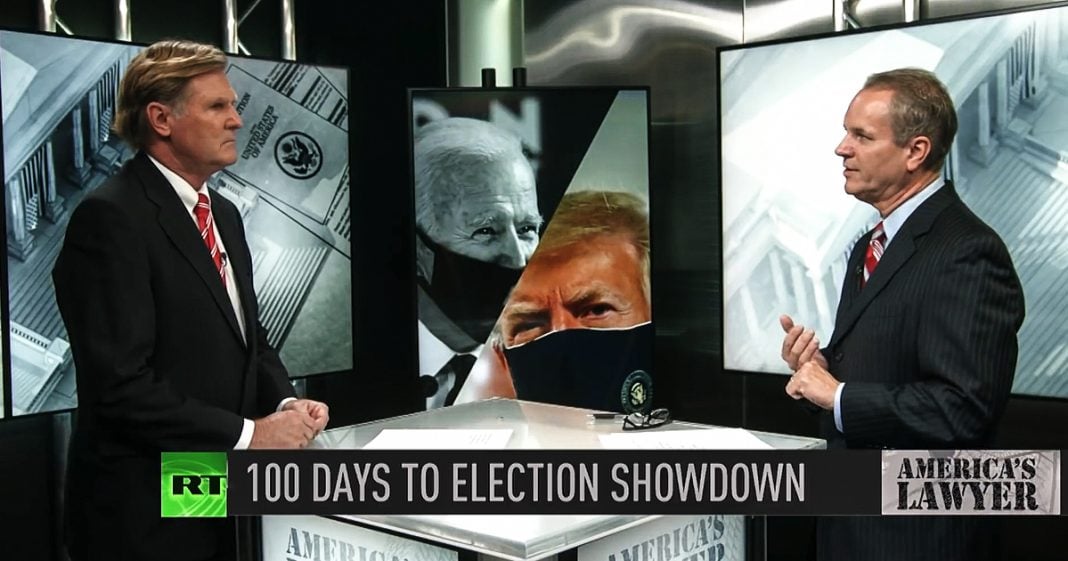 Mike Papantonio: Look, less than a hundred days from the election, talk about where we are with, you know, where it comes to electoral college, which is where the, where it’s won or lost and popular vote. Popular vote right now to me doesn’t mean as much. What is, what do the electoral vote issues look like?

David Lamb: But Florida especially is crucial to president Trump, if he has any chance. And right now, you know, he, it’s nearly a double digit for him. No Republican presidential winner has won without the state of Florida. Calvin Coolidge was the last to do that in 1926.

Mike Papantonio: Yeah. I’m not seeing anything that takes hold. I, I would’ve thought the law and order would have taken hold, but your point is very well taken. This is the guy.

Mike Papantonio: You know, so that’s really not taking hold. The sleepy Joe in this cellar who is by the way, been in office for 40 plus years.

David Lamb: He has.

Mike Papantonio: And now he’s saying I’m going to do something. That’s kind of out there. It hasn’t been developed really well. But the war chest.

David Lamb: Yeah. The, their, the funding, Trump has still a great deal of money in the bank. But how are they going to utilize that? Because if you look, you were talking about electoral college votes, at this point, Biden is likely or leading. He has 222 electoral college votes kind of in the bank, if you will, in his hip pocket, 222, 270 is where he’s got to get to. Trump is at 115. How do you get to 270 from that?

David Lamb: And Texas and Florida, those are really expensive.

Mike Papantonio: Thank you for joining me. Okay.

David Lamb: You bet. Thank you.