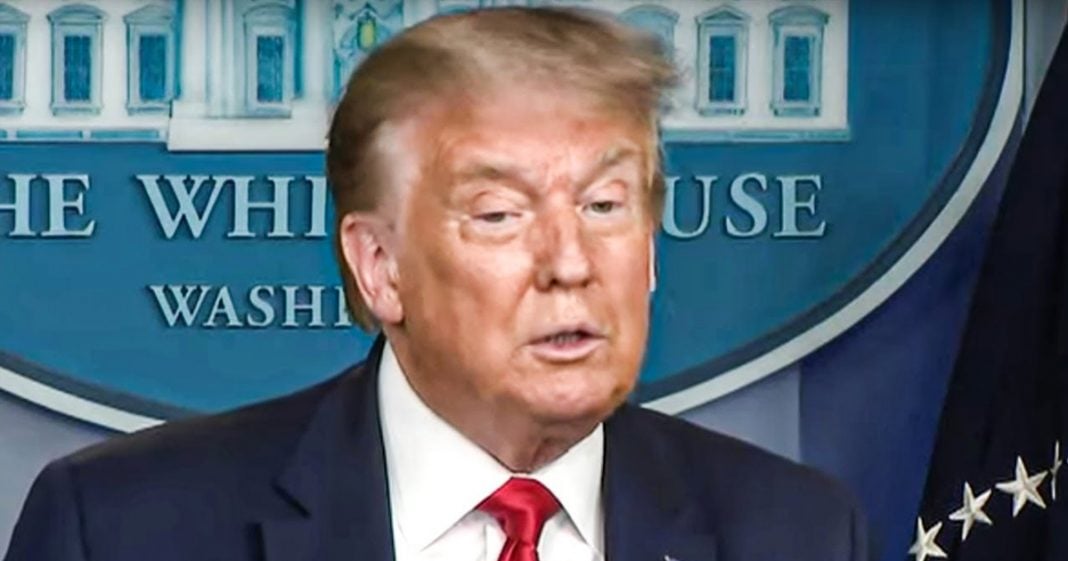 Donald Trump has confused his own base about the alleged dangers of mail-in voting, according to Republican strategists and elected officials. Because of this, they fear that he might be suppressing Republican voter turnout, which would spell doom for the GOP in November at all levels of government. This is what happens when you have an undisciplined charlatan at the top of the ticket dictating the party’s talking points, as Ring of Fire’s Farron Cousins explains.

According to Republican officials across the country. Donald Trump is doing a very good, good job of confusing, losing Republicans about the safety of voting by mail here’s what’s happening in States across the country. Right now you have secretaries of state Republican secretaries of state in red States who are getting calls and emails from confused constituents saying, I typically vote by mail, but the president tells me this is no longer safe. So I guess I’m not going to vote by mail anymore. And I don’t know if I can make it to a poll. So you have Republicans out there warning the president that you with your idiotic talking points are now confusing Republicans, and therefore you are likely to suppress the Republican voter turnout in 2020. And I got to say, isn’t that just wonderful? I mean, Donald Trump is actively trying to say, if we expand voting rights, Republicans are never going to win again.

But by using that scare tactic, he’s actually scaring more Republicans to not vote. Thereby actually suppressing the people that he didn’t want to suppress in the first place. Folks that is poetic justice. It’s also, yeah, let’s be honest, horrible, because you don’t ever want to suppress the vote. Whether it’s a Democrat, Republican, libertarian green party, it doesn’t matter. You don’t suppress it. We do want as many people as possible voting, uh, Republicans don’t, but, but we do because we’re better than, but here’s the thing. Uh, this is actually a very real concern. These are very real emails and phone calls that secretaries of state are getting in Alabama. For example, the secretary of state says that they’re getting all these calls from people saying the president says it’s not safe. So I shouldn’t do this anymore. So now Republicans are having to contradict the president at the state level, telling their constituents that no, no, no.

It’s okay. It is safe. You can do this. You even have GOP, chairwoman, Ronna McDaniel, who has had to have conversations with the president to tell him you can no longer launch these blanket attacks on voting by mail. You have to be more nuanced. She says, Trump is many things, but nuanced. It’s not one of them. We’re never going to reign this guy in. It doesn’t matter how well you explain it to him. It doesn’t matter if you show him the complaints. It doesn’t matter if you show him data telling him specifically that you are going to re uh, suppress Republican turnout across the country. They’re not going to, or he is not going to buy it. And here’s why this is a problem. Obviously, this isn’t just a big deal for Donald Trump. If it was Republicans might be willing, let it go a little bit.

Cause he’s doing so bad in the polls, suppressing Republican vote voter turnout across the board is going to hurt Republicans in the Senate. It could cause them to lose even more house seats than they’re already projected to lose this year. It’s a big deal and it doesn’t just hurt them on the national level. They could lose state legislatures. They could lose governorships. When you suppress the vote one party over the other one, it increases the likelihood that the opposition party is going to pick up seats. And that’s what Republicans are terrified about right now because Trump’s attacks on mail in voting. They’re not resonating with the moderates. They’re certainly not resonating with the Democrats. The only people who think the president’s being serious are Republicans. And now he’s making them too scared to cast a ballot in November.