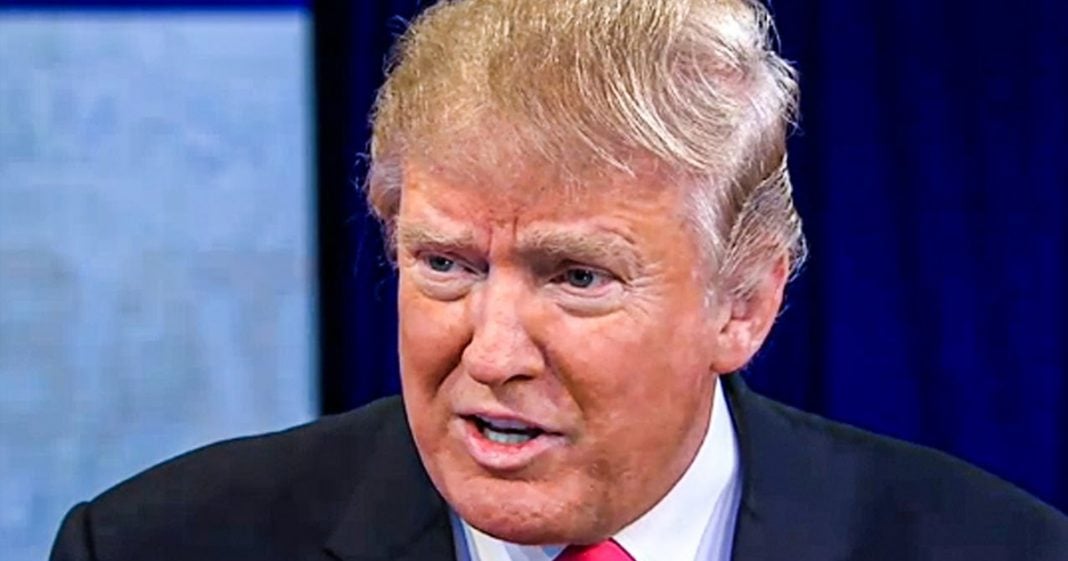 Donald Trump claims that there’s nothing more he could have done to save the nation from the pandemic because he did a great job as it is. He tells us all the time that things aren’t as bad as they seem and that he’s done an excellent job of keeping us safe. If this is the case, then why didn’t his campaign air a single ad about the pandemic in July, yet they ran 63,000 ads about crime? Ring of Fire’s Farron Cousins explains why.

You know, to hear Donald Trump tell it to, you would think that the United States was on the forefront of battling and controlling the coronavirus. He said earlier this week that, uh, he doesn’t think there’s anything more they could have done. They did a really good job with it. And that has kind of been his talking point throughout this whole thing. He’s done a great job. Uh, it would be so much worse if not for him. Nobody else could handle this Biden. Couldn’t handle this. So it does beg the question. However, if he thinks he’s done such a great job with this, why is it that throughout the entire month of July, his campaign did not run a single, not one ad touting how well he has handled this pandemic. They ran 63,000 ads about crime in the United States and how, how much worse Joe Biden would make it a even though that’s really not true, uh, but not one, not one ad, not one rotation saying that he did a good job handling the pandemic.

Wow. That speaks volumes. By the way, to this administration’s response to the pandemic. Trump may go out there and brag on TV about how well he’s done every now and then. But deep down this administration, his reelection campaign, they know that this is not something they can run on. This is not something that they can brag about. This is not something that they can hoodwink the public about. And that is why they’re not running any ads on it. But again, like I said, 63,000 rotations of ads that dealt with crime, you know, what’s happening up in Portland, what’s happening with the protests? Oh, these are Joe Biden’s people. This is all antiphons, they’re all coming to kill you, but only I can protect you in my America, which by the way, is also not resonating with the public because the public understands, um, this is already your America.

You can’t say this would happen under Joe Biden. When it is happening under you, the 63,000 rotations, the millions of dollars you spent on that stuff, wasted money. Cause the public ain’t buying it. You’re the incumbent. Everything happening in this country right now is 100% on you. Here’s the way it breaks down the data from the tracking firms says that from July 1st to July 26th, Trump spent more than $38 million to air television ads on broadcast and cable television networks. Not a single dollar. Went to ads, dealing with coronavirus, uh, Joe Biden, meanwhile, uh, of the roughly 17 million, the campaign spin on television. 16.7 million has gone to TV spots that discuss the coronavirus, uh, campaign aired 20,956 ads and just 527 of them. Didn’t talk about the pandemic in one way or another. So Joe, Biden’s out there doing the smart thing. He understands that the one big thing on every single person in this country’s mind right now is the pandemic.

That is the biggest, most important issue in the United States today for damn near everybody. Now there’s a lot of issues that are very, very close seconds, almost tied with it. But right now we’ve got to deal with the immediate future. The immediate future is the pandemic and Joe Biden’s campaign. Along with other groups in this report also lays that out. These other groups are also running ads about how horrible Donald Trump has been with regards to the pandemic. You know, the Lincoln project is a great example. Uh, other progressive or liberal democratic PACS been doing the same thing. And that’s where they need to focus, focus on the policy, remind the public how bad this man is, how he cannot handle a crisis. Stay away from the personal attacks. Donald Trump is going that route and it is not working. Everybody knows. Trump is horrible in terms of being a human being.

We know all the horrible things he has been accused of. You do not need to rehash those. We get it, focus on the policy, remind people how bad he has been for them. Remind people that you can’t safely go to the grocery store without wondering, is this going to be the trip where I get it and had this man taken it seriously? We might be past that by now. Other countries are, but we’re not. And it is because of him. Everything flows from the top. Biden’s doing a good job right now with these campaigns. Uh, I may not agree with all of his positions on anything cause none of them are far enough left for me. None of them do enough good for me. But in terms of campaign strategy at the moment running ads, attacking Trump for policy is 100% what he should be doing. And I’m happy that that is the route he is going.