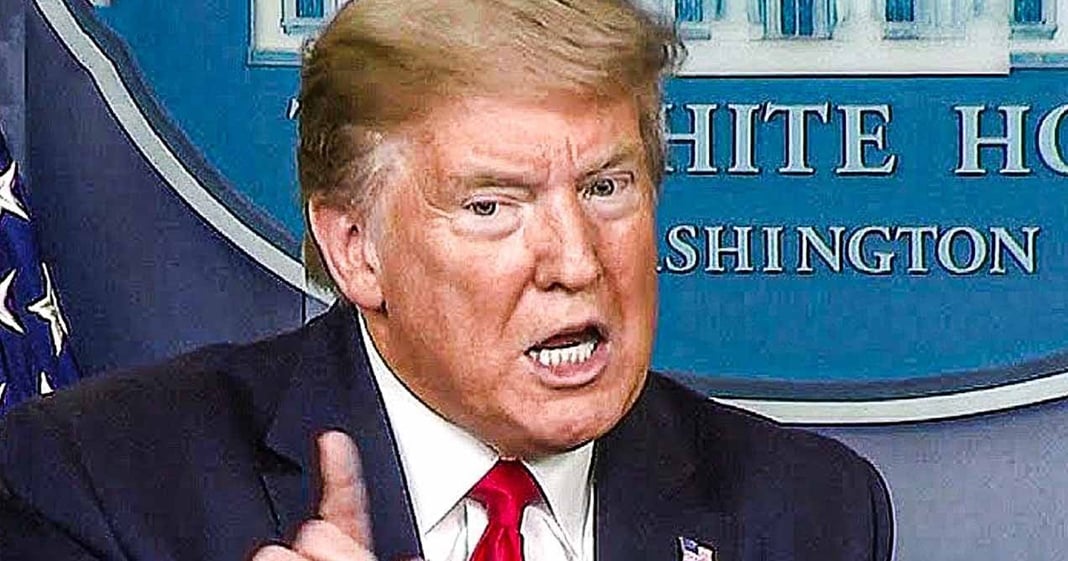 The goal of an election is to convince as many people as possible to vote for you. That’s really the ultimate goal, and you can’t win if you don’t do that. That’s why Republican operatives are freaking out right now – Trump is actively trying to court ONLY the Republican base, and that will never be enough to win an election. He keeps turning off other voters, and then he doubles down on whatever turns them off in the first place. Ring of Fire’s Farron Cousins explains Trump’s bizarre losing strategy.

When you’re running for political office, whether it’s a local office, whether it’s a national office, whatever it is, what you have to do is bring in as many voters as possible. And I know that’s over simplifying the issue, but really at the end of the day, that’s what it boils down to. Can you get more voters than the other person on the ticket? And here’s the thing in, in most areas of the country, you’re looking at a pretty even tilt, you know, Republicans versus Democrats. So you can’t only have your base cause there’s very few areas where just that Republican base or just that democratic base are going to be enough to put you over the top. So you have to kind of reach out and get some of those people who are a little bit undecided, little bit in the middle, or, you know, don’t have any kind of loyalty to any political party.

You have to do that. And you do it by offering, you know, policies by reaching out to them, by talking to them. And that’s why Republican strategists right now are a little panicked because they’re looking at what Donald Trump is doing for his reelection and realizing that he is not doing a single thing to reach beyond the Republican base. Because when we’re talking nationally, we’re talking, you know, anywhere from 10 to 20% of the American public of the voting public, that isn’t necessarily loyal to either party that could go either way and that absolutely can and will sway in election. But Trump, according to these Republican strategists, he’s not reaching out to them instead, what he’s doing with his Twitter tantrums, his bizarre, uh, coronavirus press briefings, where he goes on tangents about nobody liking him. And then he storms out of the room, sending us troops into American cities that is not resonating very well with the voters whatsoever.

Strategists are confused because literally the only thing the man needs to do is expand the Republican base by bringing in those, those independent voters. And he’s not doing it instead. He’s doubling down on the things that he thinks are going to, uh, solidify the Republican base and that’s all well and good. It’s actually not doing it according to the polls. They don’t like what you’re doing either, but they’re going to vote for you regardless, because that’s your base. That’s why it’s a base. Cause no matter what you do, those loyalists are gonna vote for you. Same thing within the democratic party, doesn’t matter what they do. Their base is their base and their base is going to show up for them. But Trump is actively, actively, according to these strategists, pissing off Independence,

Like not just that, he’s not reaching out to them. He’s pissing them off with his actions, with his Twitter feed, with his utter insanity. And those people are left with only one option because we have this two party duopoly here in the United States. And that one option is to go over to Joe Biden. That is one of the biggest reasons right now that these strategists say Trump is losing. All he has to do is offer him something. Something, all he has to do is show a little bit of competence. One of the things they say he could do was, would be to come out and say, Hey, I’m taking a step back and I am not going to be in charge of the coronavirus response. I am going to leave that to the professionals and I’m not talking about Jared Kushner and Steve Mnuchin and Larry Kudlow.

I’m talking about dr. Anthony Fowchee, most popular man in my administration. It’s his call. Now I will give him what he needs. I will be here to lead you and protect you, but I will do so on his advice. That is the number one thing Trump could do right now to get the public back on his side, get those independent voters to come over to him. He’ll never do it because of two reasons. One, it’s an admission that he was wrong. And two, he would have to relinquish some power and give it to another human being, which he’s not willing to do. And as long as Donald Trump remains unwilling to ever admit that he made a mistake or unwilling to let anybody else take control of something they know more about, he is going to continue to destroy his own campaign.