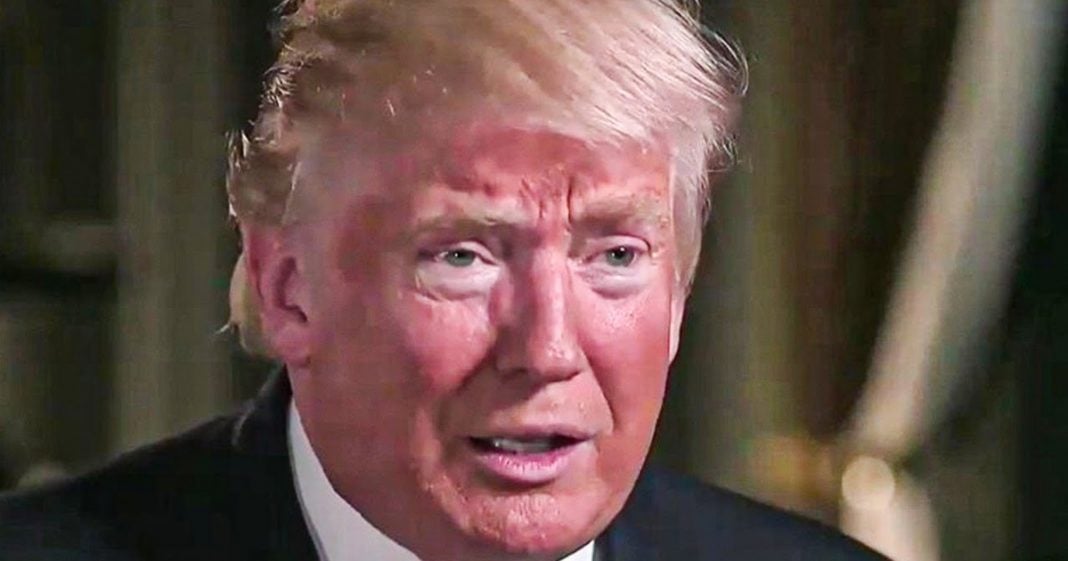 Republicans in the House of Representatives are no longer able to hope for the best while preparing for the worst. At this point, it is just mitigating the massive losses that they are confident will happen in November. All over the country, backlash against President Trump is sending money and voters to Democrats instead of Republicans, even in counties and districts that went for Trump in 2016. Ring of Fire’s Farron Cousins explains what’s happening.

Republicans in the house of representatives have seen the writing on the wall. They see what’s happening. Even in red districts districts that went for Trump in 2016 and went for Republicans in 2018 as well. Things are bad and they’re only going to get worse. And one of the reasons things are getting so bad for them is because they don’t have, I have access to a whole heck of a lot of money right now. According to members of the national Republican campaign committee, the NRCC, uh, the members of the democratic congressional campaign committee, the D triple C are essentially printing their own money right now. That’s how flush with cash. The Democrats in the house of representatives are meanwhile, the Republicans they’re paying dues to the NRCC, but they’re just not able to get their hands on Lincoln on the case dash because they have, I had to redirect their funds from that to NRCC, to incumbents, to embattled incumbents.

And that’s where most of that money is flowing. So it’s drying up for the people who are trying to pick up a seat, trying to challenge a Democrat, or try to run for a seat of somebody who retired. They’re not getting enough money to run effective campaigns. And because of that, uh, the NRCC says that there are now solid Republican districts that could go to Democrats. These are districts in Indiana, Michigan, Montana, Ohio, and Texas. But here’s the thing, folks they understand. It’s not just because we don’t have the money. It’s because the polls are shifting away from us. And again, that’s not because of the money. The reason the polls are shifting away from them. It’s because of Donald Trump. The president is so unpopular that he’s hurting these Republicans running for Congress. The president has handled the pandemic so atrociously that he is losing Republican support and his decision to send federal agents into American cities has not had the effect that he thought it would have on American voters.

It’s had the opposite effect. They hate it. What he’s done, they think it is un-American. And so they’re abandoning him on that front as well. And every time Trump gets bad news, every time his poll numbers dip, it hurts the down-ballot Republicans. And the NRCC has known this for a very long time for several months. Now that is why they’re redirecting their money to the incumbents. Because right now the Republicans in the house understand they’re not picking up seats in November. They, they know that that, that is 100% what they believe. All they can hope to do is mitigate the damage. Excuse me, the damage. They want to make sure that the Democrats don’t even pick up more seats. Because according to the polls, right now, we could be looking at another blue wave. That’s actually even bigger than what we saw in 2018. That is what the polls are indicating today.

Maybe that’ll come to fruition. Maybe it will not, but Republicans do understand that they are about to get shellacked in the midterms. They’re not gonna pick up these seats. They’re not going to pick up contested seats. And yeah, they’re going to lose some areas that Trump carried in 2016 because these Trump voters are absolutely sick of what the president has done, and that is going to affect every Republican on that ballot, in that area. So the best they can hope for is redirect as much of that money as possible to these incumbents. The people who’ve been in office for a long time, but if you haven’t been there for, you know, 10 years or more, you’re pretty much on your own best of luck.