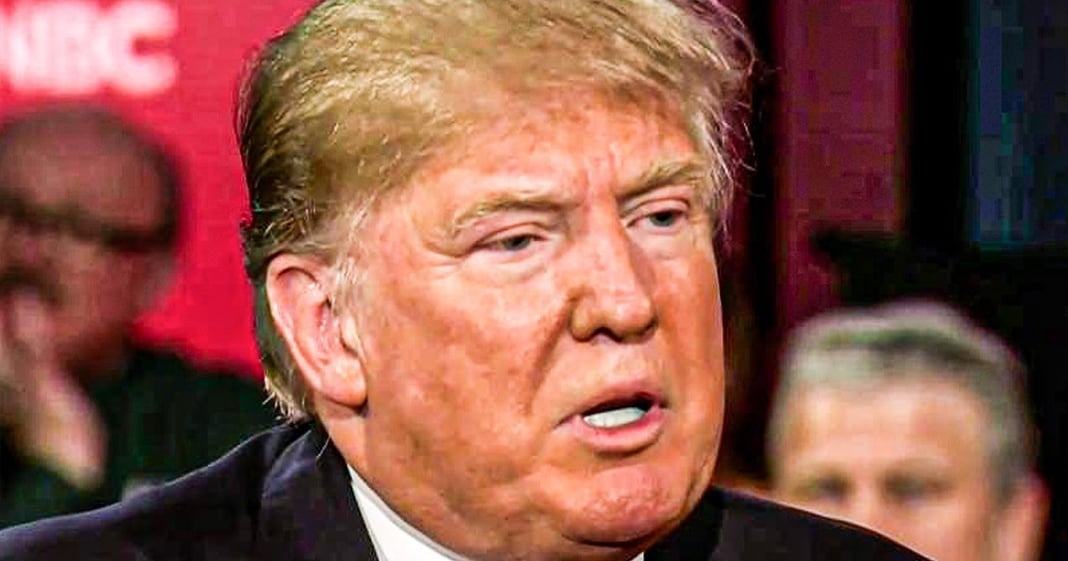 According to the latest polling data – as well as interviews with former Trump supporters – the white working class voters that put Donald Trump over the electoral edge in 2016 are finally getting sick of him. His act is starting to wear thin, and the novelty of his candidacy and administration have worn off. Now that we are facing a very serious crisis in this country, Americans are starting to understand that we need real leadership and that’s something we’ll never get from Trump. Ring of Fire’s Farron Cousins discusses this.

A new report from Politico this week kind of confirm something I had been saying for quite some time now. And that is that those middle of the road not necessarily left, not necessary, right? Voters in this country are just sick of Donald Trump. Uh, in the past I had compared it to the Macarena, right? It kind of hit, you know, the mid to late nineties. Everybody thought it was fun at first. Then you heard it too many times and you got really sick of it. You couldn’t stand it anymore. That’s Donald Trump. Donald Trump has the Macarena. It’s no longer fun. It’s no longer cute for these voters. It was never cute or fun for most of us, but they’re tired of this song. They’ve heard it too many times. It doesn’t really have a point. They don’t like the lyrics anymore. And that’s what Politico essentially confirmed in a new report.

This week, political sent their folks up to Ohio, very valuable swing state, uh, that Donald Trump really doesn’t stand a whole heck of a lot of chance of re winning the presidency. If he doesn’t carry Ohio. And they talked to Trump voters, or I guess at this point you can call them former Trump voters because a good majority of them also expect expressed the same sentiment. And that is, they’re just sick of him. I have to read some of these quotes from these people. Don’t get me wrong. He’s done some good stuff, but lately he’s just been ticking me off. That was from Kathy Manuel, from Scranton, Ohio. Uh, she went on to say, he’s not taking the virus seriously enough. He keeps saying no to go away. And that’s not true. We need someone to fix this country right now because it’s a mess. I don’t really like Joe Biden either.

Don’t like how extreme the Democrats are with abortion nowadays. Uh, but he’s been around a long time. He seems to know the system. So maybe you can get things back on track. Uh, you know, and this is another person from Scranton, a Joe, uh, Barbuda says, you know, whether you like George W. Bush or Barack Obama, at least they had morals. At least they were good people. I took that for granted back then. And I won’t take it for granted ever again. Um, no, let’s, let’s, let’s stop that. Um, I have said repeatedly, I actually do think Barack Obama is a good person at heart and you can see that by the way he treats the people around him. You know, he is a good husband. He is a good father. He is a good person who made horrible decisions with regards to foreign policy that got a lot of people killed.

Uh, I think he was new and inexperienced and didn’t quite understand it surrounding himself with people who wanted to see that happen, unfortunately, but in terms of yeah, being a good person, Obama is Bush on the other hand. Nope. A hundred percent. Nope. Anyway, more people. Uh, so I’m not a big Biden guy, not at all, actually, but it’s time for a change. Trump has divided the country. It’s time to give someone else a chance. A lot of people in this area who didn’t vote, who didn’t vote are going to vote for Biden. And I actually think a lot of Democrats who switched to Trump are going to go back to voting Democrats this time another person said, yeah, but it’s Trump who got us here. He said he was going to make America great again. Now look at us, we’re going down the shitter.

And he’s the one flushing. These few people from Scranton Ohio are in fact representative of what’s happening throughout the country. Right now, these are average everyday work a day, middle class, American citizens. Oh, and they’re all happen to be white. Why is that important? Because the white working class was the only demographic that Donald Trump still had a shot with winning the white house, a white, non college educated men were Donald Trump’s only demographic in this country where he had over 50% of their support. Well, the last poll available showed that he only had 51% of their support, every other demographic, age, race, education level, all of that. He is under water and yeah, the white working class base of Donald Trump has shrunk in recent months and continues to shrink. He is on that downward trajectory and he doesn’t know how to fix it. He doesn’t know how to write it. And all he’s doing instead is making things so much worse for himself. And these voters are indicative of that. That is what these statements represent. Not just a couple of angry people in Ohio who are going to vote for Joe Biden, but a bunch of people who thought they liked this song at first, but after hearing it one too many times, hope to never hear it again.