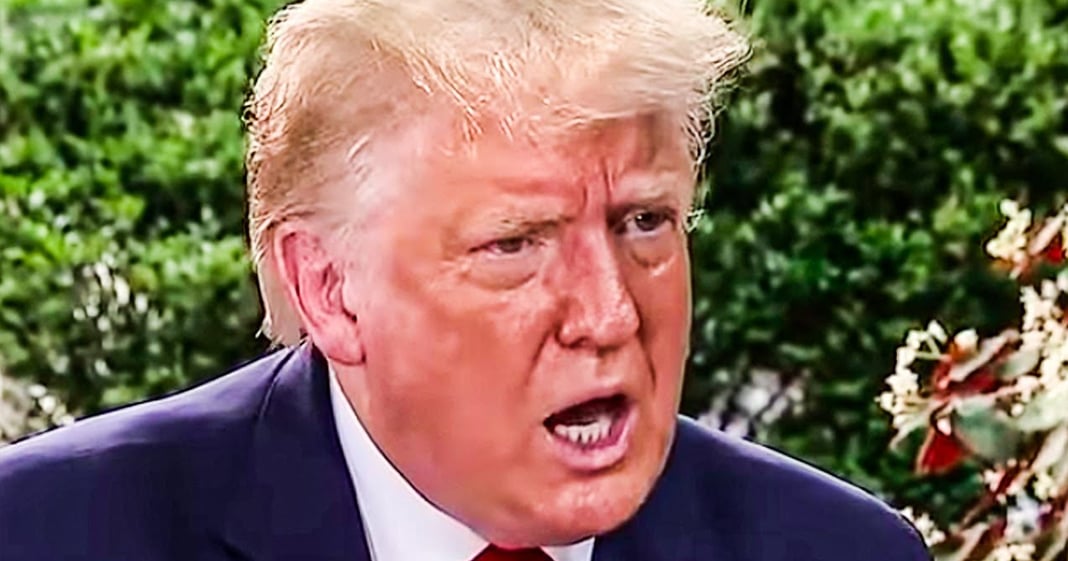 Donald Trump has decided to reclassify part of an international treaty from the 1980’s that restricted the export and sale of unmanned aerial vehicles capable of firing weapons. This includes the drones that the United States has come to favor, and now we’ll be able to sell these unaccountable weapons of death to countries that definitely do not need this technology. Ring of Fire’s Farron Cousins explains what’s happening.

We all know that the U S government loves their drones. We love to send these unmanned drones to other countries where we can kill as many people as we want from the comfort of our own offices. Right? You just sit there, you control it from miles away. Sometimes hundreds of miles away. It doesn’t matter. You don’t have to put your life at risk. You don’t have to risk your soldiers, but you still get to kill people. That is the beauty of these drones for the U S military and the federal government. And Trump loves these drones so much that he is decided to actually unilaterally alter a, a 1987 missile agreement that the United States entered into with 35 countries so that we can finally export these kick ass drones all over the planet. Isn’t that wonderful. Now here’s the thing you actually, can’t just alter in international treaty.

That’s something that actually every signatory would, would have to agree to. So, so Trump is effectively breaking the treaty cause he doesn’t have the authority to just unilaterally change it. The treaty, by the way, is the 1987 missile technology control regime. 35 countries have signed onto, and it basically what it says is you can’t export or sell these large missiles capable of delivering large payloads, uh, for example, possibly a nuclear warhead. Now, even though this was in 1987, this also included unmanned aerial vehicles, the UAVs before they were called drums, uh, that’s what they were. They weren’t hugely popular back then. The technology was still very rudimentary, uh, but they existed and it covered those. So Trump decides to change it. Reclassify what the drones we use are so that they’re no longer a part of this treaty and they can then be sold. Um, what he’s doing.

Uh, here’s what it says. The drones in the category must have a maximum airspeed of less than 800 kilometers per hour, uh, which will allow sales of the Reaper and predator drones used by the U S military as well as others made by us defense manufacturers. And that is exactly who is going to benefit from this. Uh, the white house said, and this is their official statement. Um, not only do these outdated standards, give an unfair advantage to countries outside of the MTCR and hurt United States industry. They also hinder our deterrence capability abroad by handicapping, our partners and allies with subpar technology

Twice, twice, twice in their decision. They mentioned industry industry that’s because that’s what this is all about. This is not going to benefit our allies. This is going to hurt the United States, but it is going to help the military industrial complex, the weapons manufacturers. They are going to reap in billions of dollars in sales because of this decision. And of course, as is always the case, some of the money they get from those sales is going to be funneled to pay for politicians who are going to make things like this happen. That’s how that works. That’s how that disgusting little site, the goal perpetuates itself. And that is exactly why Donald Trump did this. He’s facing a tough reelection. He needs all the money he can get. And this is going to help put more dollars in his pocket because it’s going to help put more dollars in the pocket of the U S defense industry.

Oh, and at the same time, it’s going to put these horrific [inaudible] weapons in the hands of people who hate the United States. Well, and maybe they love the United States, but they hate other countries. You know, like Saudi Arabia, we’ve seen the abuse as they’ve already carried out with us weapons, seeing them so us weapons to the Taliban and we still sell them more. I guarantee you, they’re going to be the first ones in line to get their hands on these drones. Mark. My words, once this is finalized, that will be one of the first stories that gets reported massive. U S drone sales to Saudi Arabia followed shortly by stories about Saudi Arabia. You is using us built drones to kill civilians and other parts of the world that will happen if this plan goes through.