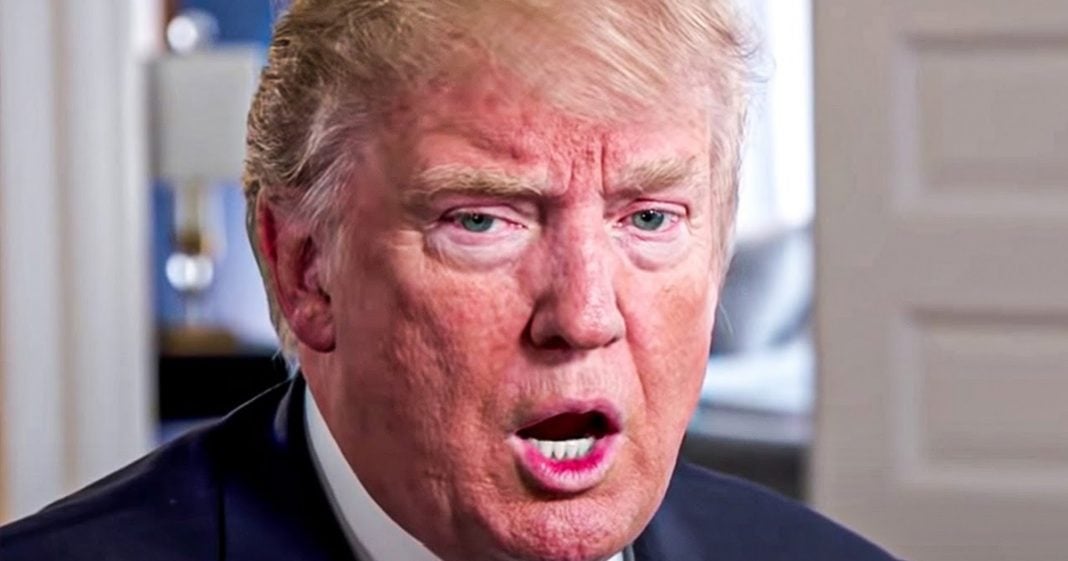 Steven Calabresi, the founder of the conservative Federalist Society, penned a scathing op-ed in The New York Times calling out Donald Trump’s “fascist” idea of postponing the elections this year. Calabresi says that he has stood by Trump through the Mueller investigation and many other things, but this was the last straw. Has the right finally woken up to realize what their monster has done? Ring of Fire’s Farron Cousins discusses this.

Yesterday, a lot of Republicans, most of them elected officials decided to run and hide from the press. When asked about Donald Trump’s tweet about possibly postponing the 20, 20 presidential election. But believe it or not, We actually were a few Republicans, not elected officials, but a few Republicans who were willing to not only go out there and talk to the press. But one of them, a very prominent Republican who has a hell of a lot more influence than we’d like for them to have. One of them was actually willing to go to the op ed pages of the New York times to tell the president that what he’s doing is reminiscent of fascist regimes. That person happens to be a man by the name of Steven kalibrasi. Now kalibrasi happens to be the founder of the Federalist society. That is one of the organizations that has a allegedly. They deny it, but all the evidence points to it. Federalist society has been one of the groups that kind of helps steer Mitch McConnell and the Republicans towards what kind of judges and which judges in particular, they should be appointing to the federal bench for lifetime appointments.

That’s how powerful the Federalist society is. They have Mitch McConnell’s ear. They have Donald Trump’s here. And mr. Kalibrasi took to the New York times yesterday to say the following. He said, I am frankly appalled by the president’s recent tweets seeking to postpone the November election. Until recently I had taken as political hyperbole. The Democrats assertion that president Trump is a fascist, but this latest tweet is fascistic and is itself grounds for the president’s immediate impeachment again by the house of representatives and his removal from office by the Senate. President Trump needs to be told by every Republican in Congress that he cannot postpone the federal election doing so would be illegal unconstitutional. And without precedent in American history, anyone who says otherwise should never be elected to Congress. Again, those are strong words. Those are correct words too, by the way, you know, I have explained, explained plenty of times, Trump can’t do this.

He has zero authority to postpone the United States election. I know Mike Pompeo also said yesterday that Pompeo is going to leave it up to bill BARR on whether or not the post, but none, none of them have any authority on this at all. None of them can do that so they can all shut the hell up. That’s not how this works. Uh, mr. Kalibrasi is correct. Now here’s the thing before somebody says, well, clearly misery Killebrews, he’s just one of those never Trump Republicans, actually. He’s not a, this is a guy who very clearly admits that he supported Donald Trump in 2016. He thought the Mueller investigation was a witch hunt and he was adamantly opposed to Donald Trump’s impeachment, uh, over the Ukraine scandal. Now he says, impeach him for this. This statement is fascist. What he is pushing us towards is fascism. And that is not a hyperbole. He says, he says, Oh, look, I always thought Democrats were just kind of being crazy. Oh, they were right now. He stopped short of saying they were right. But his words that I just read to you, uh, he’s admitting they’re right. All those warnings, all those horrible, scary things Democrats were saying about Trump and what he could do to this country. Folks, they have come to fruition, right?

Uh, as you say, down here in the South chickens come home to roost, but here’s the kicker. And this is the part that mr. Kalibrasi still doesn’t get. Dude, you created this, you and all of those other never Trump Republicans, all the people from the Lincoln project that Democrats are hailing as heroes. No, all of you people together collectively with your work throughout the last few decades, created the conditions that gave us this monster. He is your Frankenstein’s monster. But now that you’ve seen what the monster is capable of, now, you see what the monster has destroyed and much like any other mad scientist, you’re sitting there saying my God, what has happened. But you should, It would be saying, my God, what have I done? You have to own this it’s goal. It’s great that you’re speaking out about your monster. It’s great that you don’t like this monster anymore and that you want the monster gone, but you also have to acknowledge that you created this because if you’re unwilling to take that step and admit that yeah, I made this monster, then we’re all at the mercy of whatever monster you create next.