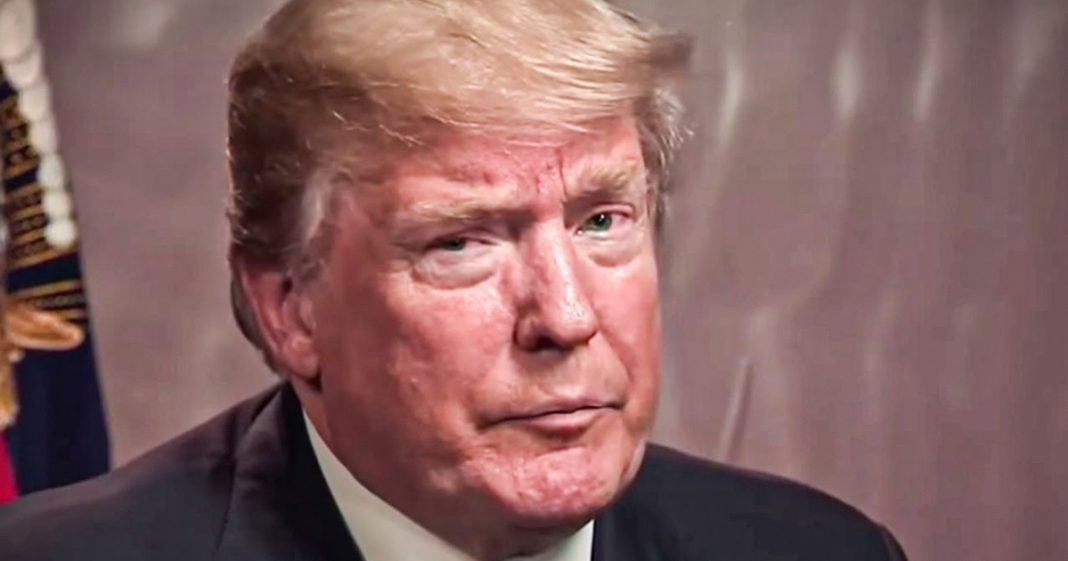 How can it be safe to send our children back to school today yet unsafe to hold an election in 3 months? The answer is quite simple, and it can change based on what best serves Donald Trump’s agenda for that day. The truth is that that neither are likely safe, but there are very simple solutions in front of us for all of these problems, it just takes a little effort. Ring of Fire’s Farron Cousins discusses this.

So yesterday, Donald Trump says that, uh, may have to postpone the election. And he said that because obviously voting by mail, according to him, not according to actual numbers and facts, but according to him and his alternate reality, voting by mail is just too darn risky. And of course, it’s obviously too risky to send people to the polls in the middle of a pandemic. So we may have to postpone it. He says, so the big question that I think he needs to answer, and I, I think a member of the press at one of his next briefings needs to ask this question first is how can it be too dangerous to hold an election three months from now, and yet safe enough to send our kids back to school today, today, by the way some schools have already gone back. Photos started going around yesterday. Some schools started going back this week and it’s totally safe for them.

According to this administration, not according to science, but according to the non-scientist non-doctors in the Trump administration. That’s totally okay for them, but it’s definitely not safe enough to hold an election in November three months away because the pandemic is so bad. This doesn’t make sense as I’m sure all rational thinking, people watching this already understand, I’m not telling you something, that’s blowing your mind, right? I’m not putting pieces together that you didn’t already know. The question is why is the man not being called out on this? Right? Why, why, why is there not growing public backlash? Where the hell is all the anger folks? That’s what we need without that anger, without that voice, without your voice, crap, like this is going to continue to happen. You have to get mad. I don’t care if you don’t have kids in school. I don’t care if you don’t have kids in school and you don’t vote.

And neither of these issues affect, you will guess what they affect your friends, your family, your neighbors, the people you see in the grocery store, any one of them could be affected by this. And then it would end up affecting you. We’re all connected whether we want to be or not. We are. Trump is lying about the dangers of voting by mail. He is having his handpick cronies, do everything possible to cripple the United States post office to make it seem as if the post office is incompetent. When in reality, that has been one of the most successful government programs in the history of government programs. And he’s also lying to you about how safe it is to send your kids back to school. Republicans continue to tell us that, Oh, kids, kids don’t get sick from this kids. Don’t get sick from this that’s bull nine year old girl in my hometown with no preexisting conditions died from this.

Yes, just a few days ago. Kids get it. Kids spread it. Kids die from it. Now, not as frequently as adults. Sure. Not as frequently. Fantastic. That doesn’t mean they’re immune. That doesn’t mean that their little bodies are just fine and they treat it like a cold. They can get sick, they can suffer permanent damage from this including neurological damage. They can also die from it because we have seen that happen here in the United States. If it’s not safe to go to a polling place and cast a ballot three months from now, then it sure as hell. Isn’t safe enough to send our kids back to school today.