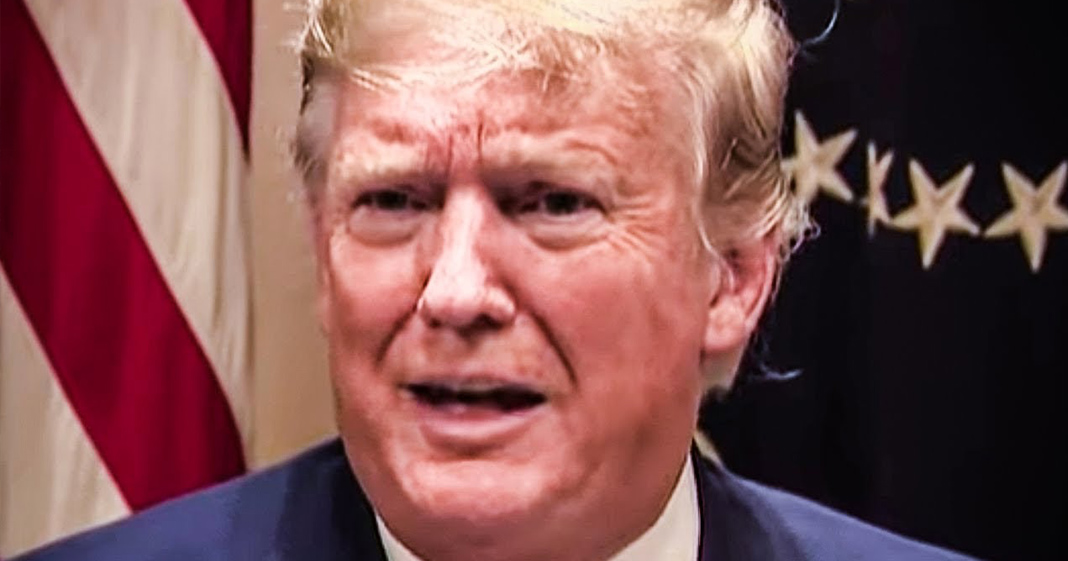 On Wednesday, Donald Trump tried a new strategy to attract those moderate suburban voters that politicians love to cater to. But Trump’s new approach included a healthy dose of both racism and classism as he claimed that he prevented “low income housing projects” from being built in the “beautiful suburbs” that Americans dream of. This racist call did not go unnoticed by the country, and Ring of Fire’s Farron Cousins discusses this backlash and the policy that Trump is referring to.

So yesterday, Donald Trump decided to remind everybody because it had been a few days since he let us know that he’s a massive racist and he did this in two ways. First, he did it on Twitter. Then he did it again, repeating it, uh, during a little speech or whatever it was in Midland, Texas. The president went out there and assured people assured these frightened middle class, white suburbanites that he’s not going to let low income housing projects move into their suburbs. Uh, the president said, quote, you know, the suburbs, people fight all of their lives to get into the suburbs and have a beautiful home. There will be no more low income housing forced into the suburbs it’s been going on for years. I’ve seen conflict for years. It’s been hell for suburbia. Now what the president is actually referring to is the, uh, the 2015 affirmatively furthering fair housing rule that was put in place by the Obama administration. It said States, cities, uh, localities had do proactively not engage in housing discrimination if they wanted to receive federal funding, um, that did not mean that you would go into a neighborhood in the suburbs. And suddenly there would also be a housing project right in the middle of it. That, that that’s not a thing that ever happened that never ever happened.

But yeah, Trump praise on the stupid Trump praise on the fearful and Trump praise on the inherently racist. As I have said before, there’s lots of racist people in this country that don’t even realize they’re racist, but they do have that kind of deep seated, rooted in their subconscious Distrust of them And those kinds of people. So here’s the thing. This is what Trump is doing right now. He is playing to that dog whistle, essentially. That’s what it is because it activates that port of those individuals who otherwise have never done a racist thing in their lives. You know, they have plenty of African American friends. They see nothing wrong. They see them as equals, but under different circumstances, suddenly it’s late at night. Suddenly they’re wearing a hoodie. Sometimes you’re in a bad neighborhood. Suddenly that black person is not your friend. It’s a threat. And it’s more of a threat than a white person in the same situation. That’s what I mean by this kind of inherent racism that a lot of these suburbanites have

It doesn’t yeah. Always show you. Can’t exactly. See it unless you’re in that situation with that people. And I know that because I’ve been in situations like that with people and seeing them suddenly change and not even realize that they just changed. But fear is what it is. Fear, Oh, you work so hard for this. This is your home, your castle. And suddenly these poor black people are going to be living next to your property. Value’s going to plummet everything you worked for you for your whole life is going to be taken away from you because of poor black people. That is what Donald Trump wanted to say. You know, housing, discriminations, uh, discrimination, excuse me. There’s one of the cornerstones of the civil rights movement. It was something that persisted long after the civil rights movement, housing discrimination has been one of the largest areas of ingrained systemic racism here in the United States for 70 years.

And Trump is telling people we’re going to go back to that. This country had made a little bit of progress on it, but I dismantled that regulation from the Obama administration. I’m protecting your suburban home and you’re safe because of me. You can walk the streets of your neighborhood. You can walk your dog. Your kids can go out and ride their bikes without ever having to worry about running into a poor black person. So vote for me in 2020 and less, of course, as he tells us, you want Joe Biden to come in and put the poor black people right next door to you. He did bring up Joe Biden, letting the poor people, the black people come into their neighborhoods. He did bring that up. This is racism. I know all the Trump supporters, the maggot hat wares are out there saying he didn’t even mention black people. Cause y’all, aren’t smart enough to understand that’s what this is and happening for decades. Open your freaking eyes and more importantly, open your ears. And maybe you’ll hear the dog whistles too.