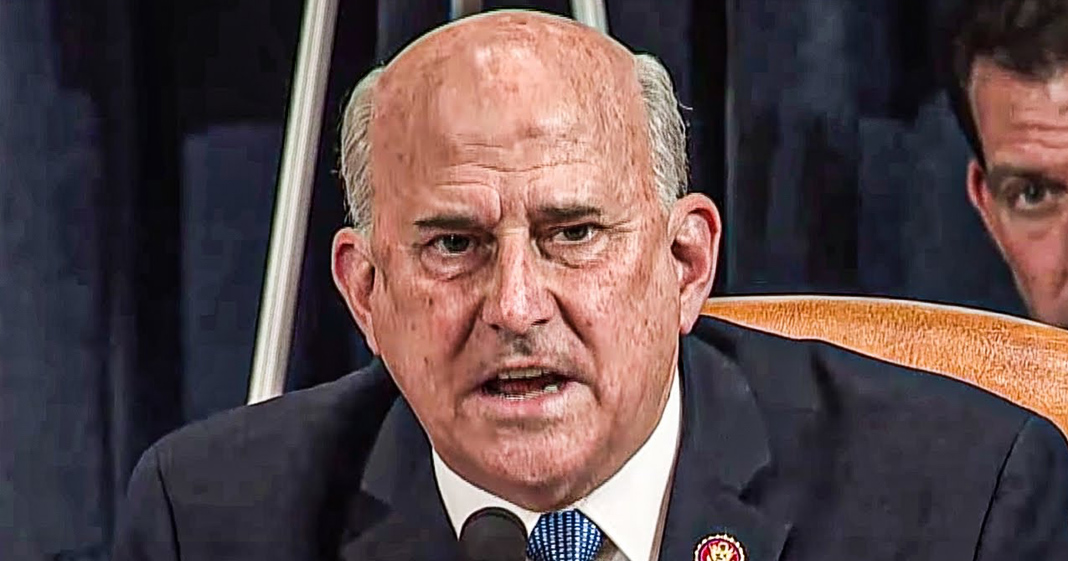 Texas Congressman Louie Gohmert announced that he had contracted COVID 19 yesterday, but before the public announcement he gathered his full staff in his office to tell them – in person – that he had the highly contagious disease. His staffers are furious with him, not just because of how he made the announcement, but because of the culture of the office that made it unsafe. Ring of Fire’s Farron Cousins discusses this.

Yesterday, Republican Congressman Louie Gohmert announced that he had tested positive for COVID-19 and his staff could not be angrier at him for that. Not necessarily that the guy got sick, right? It’s kind of hard to be mad at somebody because they got sick, even if they were being stupid and their stupidity is what caused it. See the staff is actually angry because Gohmert was not just making bad decisions for himself, but he was making bad decisions that actually endangered the lives of his own staff. Because before Gohmert made this announcement publicly, he told his staff and he told his staff in person because he said he wanted to let them know in person, rather than them hearing it from the media. So he called them all in, including the unpaid interns, called them all into his office right there on Capitol Hill and said, listen up everybody. I have that very dangerous, highly contagious, deadly disease. That’s been going around the globe

In a room full of people. Most of whom were not wearing masks by the way, because according to these staffers, if they did wear masks in the office Gohmert and other members of the staff would actually berate them for that. Because Louie Gohmert was one of a, a few Republicans on Capitol Hill, according to reports who repeatedly and routinely made it their purpose to not follow the mass requirements inside congressional offices, because believe it or not, yes, they are mandating mask be worn. You can’t exactly enforce that though. Uh, so Louie Gohmert said, I’m not going to do it. I don’t want my staff doing this. I do not want you wearing masks. And if you do wear a mask, we’re going to make you feel horrible about it. Like you’re some kind of baby. And then he calls all of these unmasked employees into his office and says, I have the thing, the thing that we’re all afraid of right now, I have it.

Even joked by the way, to the media that he may have gotten it from wearing a mask. Now that’s just anti-science. That is misinformation that could likely get people killed. And that is the trademark stupidity that we have come to expect from Louie Gohmert. You know, there was a time when hands down, Louie Gohmert was absolutely the most ridiculous member of Congress, but that was before we had people like, like Matt Gates come along. Those, you know, days before Jim Jordan. So now he’s got some competition, but every now and then Gohmert comes back. You know, a story like this really highlights that his stupidity is still there in the house of

His Irrational thinking is still there. And his reckless endangerment of his own staff is still there in Washington, D C this is the best that Texas has to offer us. And it’s insulting and it’s going to get people injured right now, possibly worse than that. Gohmert was irresponsible. He encouraged his staff to be irresponsible. He berated them when they were being responsible. And this is what happens. The real irony here is that one of the reasons Gohmert didn’t want to wear a mask and didn’t want to staff wearing a mask is because he wanted to be the beacon. He wanted to be the example for the rest of the country to show them that you can safely reopen without having to wear a mask. We can get this country back on track and you don’t have to take any safety precautions, and it’s totally safe to do so.

And Like Icarus flying too close to the sun. He came crashing back down to earth with the virus because that’s what happens just because you don’t like science, just because you like money more than you like science doesn’t mean that a science goes away. It’s still there. This disease is highly contagious. For many people. It is very deadly for others. It leaves lasting damage to the body damage that these people are going to have to deal with. Every time they take a breath for the rest of their lives, is that worth it for Louie Gohmert? I hope to God. It was because there’s no telling who else you infected with this. You were actually about to be on your way to go meet up with Donald Trump. You had gotten very close to bill BARR the day before neither of you were wearing masks. So yeah, we’ll see what happens there. I’m not gonna lose any sleep over that. If we get bad news on that front, but the bottom line is you are responsible for what happens to your staff. You’re responsible to what happens to everybody. You come in contact with. You could have prevented this from happening, but you were too concerned about looking like a cool guy who wasn’t afraid of the virus. And now look what happened to you.