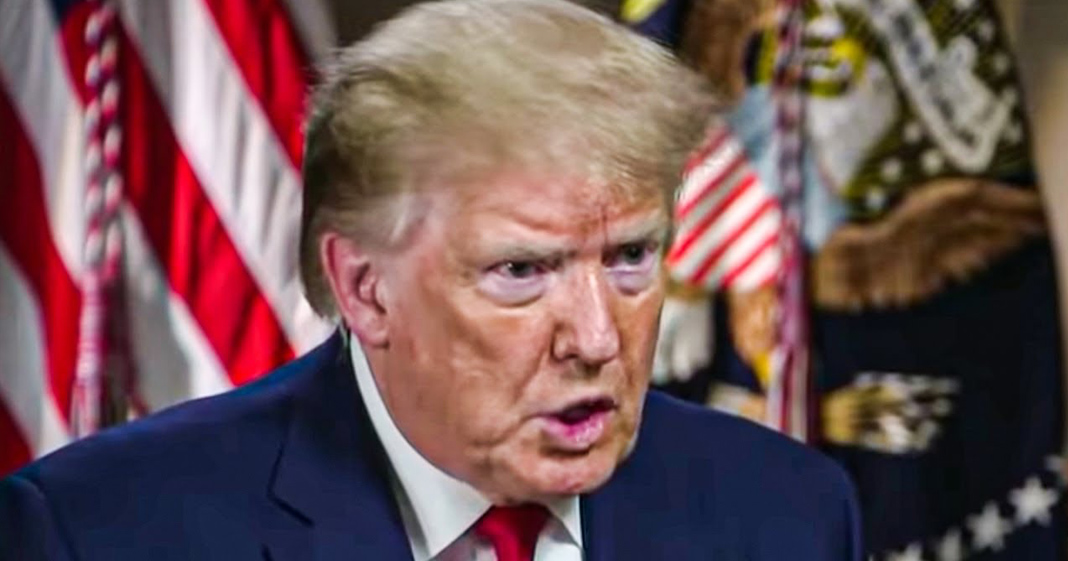 Republicans see conspiracies everywhere they turn, and the latest one is that the numbers of total infections and deaths from COVID-19 are being exaggerated in order to hurt Donald Trump and make him lose reelection. And these conspiracies aren’t limited to fringe corners of the internet – Recently, Republican Senate candidate Kris Kobach repeated these claims about the numbers “being cooked”. Ring of Fire’s Farron Cousins discusses this.

Republicans love a good conspiracy theory. I mean, at this point they’ve actually just become the party of conspiracies. Part of the reason for that is because you have the guy at the very top, Donald J. Trump out there pushing ridiculous conspiracy theories through his Twitter feed to tens of millions of people. And he’s been doing that since the early days of his administration and that rot at the top has trickled down to other Republicans in the party. And one of the people that had trickled down to this week was a Donald Trump’s voter fraud commission head. Kris Kobach, a former secretary of state for Oklahoma. Now, mr. Kobach, during an interview with a YouTube channel national file on the K file show, uh, said that he believes the numbers are being cooked with regard to COVID-19. There are not as many infections as are being reported. There are not as many deaths as are being reported.

The numbers are being cooked. They’re being inflated exaggerated, according to Kobach in order to hurt Donald Trump’s reelection. Now, this is in fact, a conspiracy theory that has been pushed by plenty of other Republicans out there over the last few months. Uh, we have seen it, uh, coming from Fox news. We have seen it coming from right-wing websites, and now we’re seeing it come from actual Republican politicians. Kobach served as secretary of state for, for eight years. He’s running for Senate this year. He could be a United States Senator, uh, after the November elections. And he is out there openly pushing these conspiracy theories. Do you know what would have to happen in order for this conspiracy theory to be true? This would literally have to be something that the entire world we’re a part of, including nearly all of Donald Trump’s inner circle, considering the number of family members that he has in this administration.

Some of them would also have to be in on it. You would have to have Republican governors who love Trump in on this as well. Meaning that their whole love affair with Donald Trump was actually them acting as double agents in order to gain trust. And only to turn on him by cooking the book. It doesn’t, it doesn’t make any sense. The number of people that would have to be involved in this conspiracy is mindblowing. And not just to have that many people involved in this conspiracy, but to make sure that all of them, the hundreds of thousands, that you would have to have that nobody leaks, nobody leaks a thing. That’s why things like this are crazy. And that’s why we need to take a good hard look at the people who say things like this. You know, when Alex Jones pushes a conspiracy and people blindly accept them, have you folks ever thought to put into the thought for a moment, just to what it would take to do this?

That’s what’s so crazy about it. Logistically these conspiracies simply cannot work. So why push them? Because it serves an agenda. Kris Kobach has an agenda. His agenda is we need to protect Donald Trump. We need to say that everybody else has lying and that he is telling the truth and the lies are out there in order to hurt him. Well, here’s the problem Kobach has right now, Republicans are in danger at this point, losing the Senate. And if he’s one of their candidates in a state where, where you’re already seeing some, some blue start to come in a little bit, uh, then you got real problems. Cause you could lose that Senate seat too. And that’s not one Republicans thought they would lose. So that’s a big problem for them. And have Kobach is going to go out there and keep saying crazy and stupid things. Then you’d better believe that the chances of that Senate seat finally turning blue are getting better. Every time Kobach spreads another conspiracy theory.