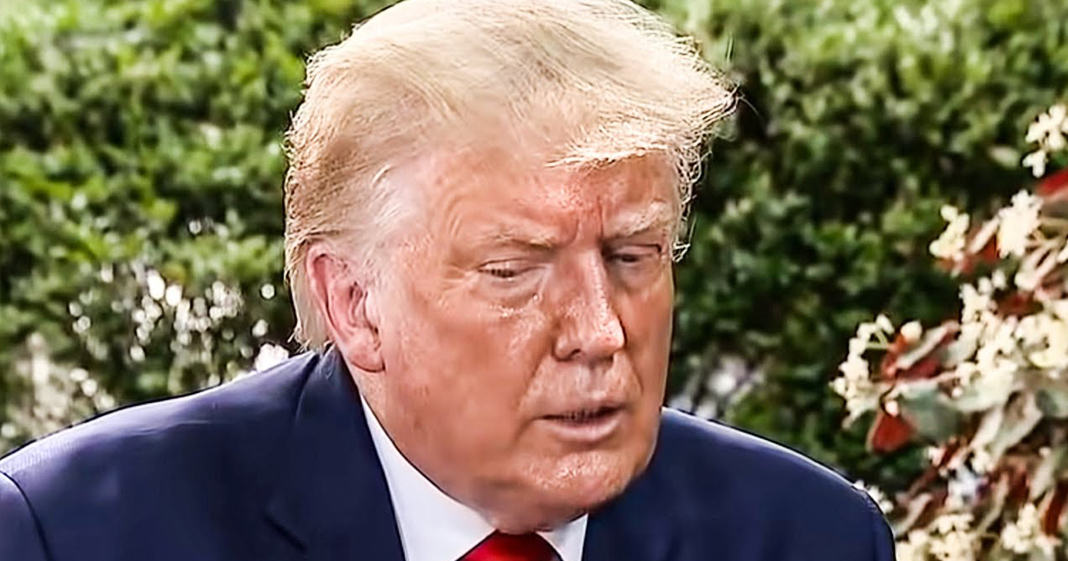 With Mary Trump’s new book causing more and more people to look at Trump’s psyche, mental health professionals who have been sounding the alarm bells for years are speaking out once again. This week, Dr. Ellyn Kaschak from San Jose State University and an expert in feminist psychology, builds on what she’s already said about Trump by claiming that he suffers from fears of inadequacy and that he is afraid of strong women. Ring of Fire’s Farron Cousins discusses  this.

With dr. Mary Trump’s new book about her uncle too much and never enough, uh, becoming a national best seller. It is once again, put the attention on Donald Trump’s psyche, the way his brain works, what he thinks, what he feels and why he is the way he is because after all dr. Mary Trump is in fact, a clinical psychologist and her book explains the many, many things that are wrong with Donald Trump. But even before we had dr. Mary Trump, we had dr. Bandy Lee, dr. Bandy Lee, the Yale psychiatrist who put together the book, uh, served as the editor got other mental health professionals to add to it, the dangerous case of Donald J. Trump. And this week, she actually spoke to another, uh, mental health professional, a woman by the name of dr. Ellen Kaushik, who happens to be a pioneer in the field of feminist psychology.

Uh, she also contributed to the dangerous case of Donald J. Trump. And according to the discussion that dr. Lee had with him, dr. Cache, um, dr. [inaudible] check explains that Donald Trump is inadequate or feels that he is inadequate and that he fears powerful women because of that inadequacy. And she explains it in a very simple way. I mean, she, she I’m boiling it down a little bit, but this is one of the analogy she makes. She says, compare the way he has treated people like Angela Merkel, Hillary Clinton, um, uh, Nancy Pelosi, you know, the way he talks about AOC or other members of the squad always denigrating them, always attacking the Maxine waters was another great example. He goes after these women who, whether you agree with them politically or not plenty of these women, I don’t agree with politically by the way, but they’re powerful. They’ve risen to positions of power.

They are respected. They have authority, you know, they walk into a room and they command the room. Most of them, and that terrifies Donald Trump. And most importantly, what terrifies him, he said he can not believe them. Yeah. And so dr. Kashi says, contrast that with the other women that he surrounds himself with Kelly, Anne Conway, he’s never horrible to Kelly Anne, at least not that we see a doctor dr. Deborah Berks, he can control her. So he likes her. He’s not intimidated by her. She feeds his feelings of inadequacy by making him feel adequate. Like he is in charge, uh, Betsy Davos, same story. Now that’s just one of the things, excuse me, that dr. Kaushik explained in this interview, but one of the things that got me, not just that he’s inadequate and afraid of powerful women, we know that, um, she explained it though a little bit better is the fact that why is he the way he is with Ivanka?

And again, dr. Kaushik has an explanation for that. Uh, in his eyes, Ivanka is merely an extension of his own glorious self. And he is entitled to her. Every service. There is not only an increased likelihood of abuse, but this is the paradigm for toxic masculinity, which includes a cultural entitlement to abuse women consciously and unconsciously. The underlying belief is if I want it and I’m gratified by it then. So is she because my feelings are hers words. Like these are the most common defensive abusers. Now for the record before I continue, there is no evidence. There is no accusation that Trump has ever abused Ivanka, but the relationship between the two is similar, it’s just lacking the actual, uh, sexual or physical abuse part. She continues. Donald is clearly an abused abuser as evidenced by his comments and treatment of women in public, uh, is bragging about what he can do to them because he is famous.

So, yeah, Trump does have a history of predation, a history of being an abuser. Um, we, we have not, again, as I, you know, got to make this absolutely clear, there is no evidence or no accusations at all to say that he has abused Ivanka, sexually, physically, whatever, but the dynamic of that relationship still exists in that way. This was a fascinating interview. It’s always interesting to get this glimpse inside of Donald Trump’s head, it’s sick and it’s twisted, but these are the kinds of things that the public needs to be more aware of. We need to understand who our leaders truly are, and there is no better way to do that than to look inside their heads, the psychologist, the psychiatrist, the other mental health professionals. They’re able to do that in a way that obviously without training the rest of us can not, we need to take their warnings very seriously because they have been telling us from very early on in this administration, what this man is and what he is capable of. And we ignored them public in general at our own peril, because a lot of things they predicted have already come to pass. And if we continue to ignore them, probably going to see more of that happening in the very near future.