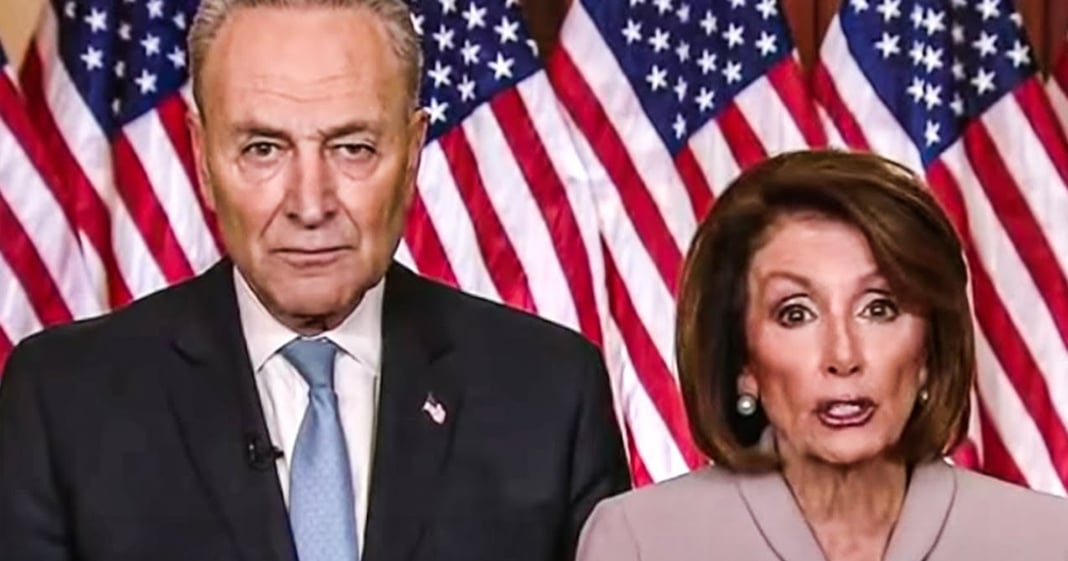 Delegates for the Democratic Party have voted down two wildly popular ideas this week – Medicare for All and legalization of marijuana. These goals will NOT be a part of the Party’s platform, even though the platform itself is non-binding. This is why Democrats are perceived as weak and ineffective. They didn’t have to compromise with anybody, but they still managed to compromise with themselves and lose. Ring of Fire’s Farron Cousins explains what’s happening.

So the democratic party’s DNC platform committee has been meeting this week, voting on things that they want to include in the 2020 democratic party platform, uh, to really showcase how Democrats are different from Republicans. Uh, and so far they’re off to really, really horrible start here’s what’s happening with that DNC platform committee. I’m sure by now everybody’s seen, uh, the stories, the news. Yeah. They voted against putting Medicare for all in their platform. That was Monday, Tuesday, they voted against Supporting legalizing marijuana and their platform. These are two ideas, two policies that are actually broadly supported by a majority of Americans, including obviously a majority of people in their own party. Most people want these things and the Democrats who had nothing to lose Still Said, no, we’re not going to include that in our nonbinding platform.

These people compromise when there’s literally no need to compromise. Like you’re talking amongst yourselves and you’re still compromising with an invisible enemy. All well, we can’t offend this person or that person by doing it. So let’s not do it. We don’t want to scare people. No, this mythical person that you’re afraid of offending doesn’t exist. You know, the only group that the actual establishment Democrats don’t give a shit about. If they offend his, Progressive’s like, y’all go out of your way to offend Progressive’s and piss us off. But Oh God, a moderate Republican housewife out in middle America. We can’t do anything. That’s going to scare her. Okay. Well, what about the millions of Progressive’s over here? What about them? Uh, kick them in the balls and see if they like that. That’s what they get. That is what the democratic party is doing right now.

And they’ve been doing it for years. Let’s be honest about that. They had no reason to cave on these two issues, but they did it anyway because that’s what Democrats do. And we saw it also not just with the DNC platform committee. We saw it with Congress, even though we’re facing an eviction crisis where millions of Americans are about to lose their homes. They’re about to be evicted because they haven’t paid rent in three months because they can’t rather than put the eviction moratorium back in their coronavirus relief package. The Democrats said, well, we’re not going to do that, but I’ll tell you what, we’ll give you legal aid. We’ll give you money to buy a, hire a lawyer, probably. How about that? You’re still gonna lose your house, but, uh, you gonna make sure everything’s on the up and up with it. That that does absolutely nothing.

As I pointed out on Twitter, that’s like saying, well, we’re not going to give you healthcare for all, but we will give you a free cell phone. So you can call and haggle the price of your medical treatment. That’s about as effective as these idiotic policies coming out of the democratic party. They’re not in a position where they need to compromise. They hold all the friggin chips right now and they still can’t figure out how to make it work. And they wonder why some people say, Oh, well, I’m leaving the democratic party. Well then I guess you’re a Trump supporter. Now, you know what? Some people get pissed off when they have devoted their time, their effort, their money to supporting a party for decades, that continuously goes against their own interests.

We criticize Republicans for it all the time, right? Saying, how can you be a Republican when everything they stand for is against your own interests? Well, guess what? There’s plenty of people who, with the democratic party that applies to them too. We have tried for far too long to push these idiots to the left. And while we’ve succeeded in some areas, the one thing we’ve been been unable to do is to get them to actually grow a backbone and to stop compromising when there is literally no need to compromise, but they’re too damn frightened of offending a person that doesn’t even exist. So instead they’re willing to piss off every single, progressive instead.