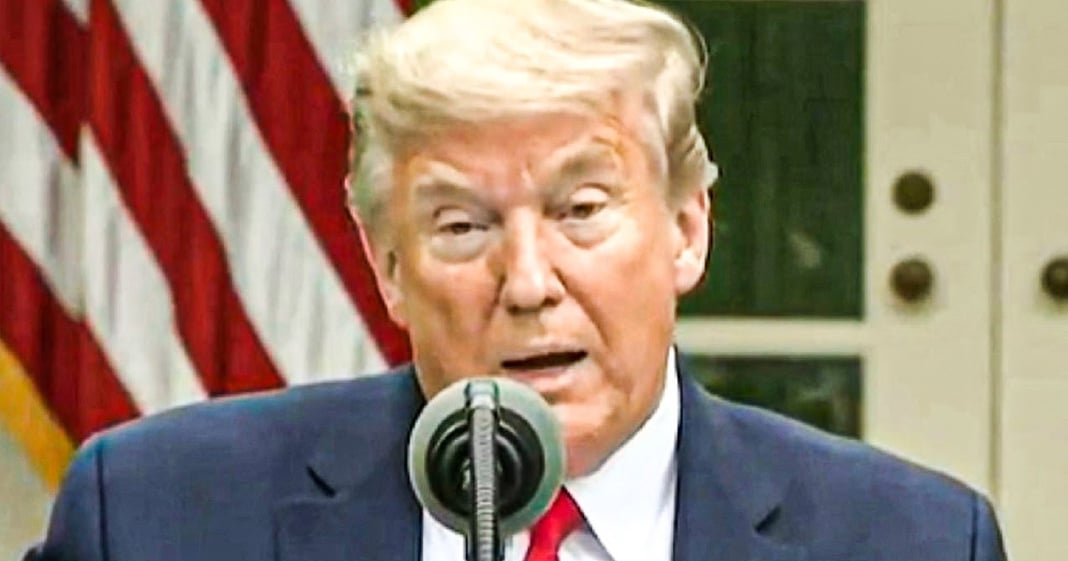 According to reports, Dr. Deborah Birx from the White House’s pandemic response team secretly phoned 11 mayors of the biggest coronavirus hot spots last week, warning them that they needed to take aggressive action in order to get the virus under control in their areas. These are the kinds of warnings that should be made loudly for everyone to hear, but the White House instead chooses to hide the real dangers from the public. Ring of Fire’s Farron Cousins discusses this.

Believe it or not folks, the white house, the Trump white house does in fact understand how serious the pandemic is. The problem is that they’re not letting the public know how serious the problem is, and they’re giving the public, uh, the impression that things might not be as bad as they seem, but behind closed doors, they understand how bad it is and they’re letting certain people know how bad the situation is. According to a new report by the center for public integrity. Last Wednesday, dr. Deborah Birx, uh, she is in charge of the coronavirus response. She’s the coronavirus response coordinator.

She made phone calls to 11 different mayors of 11 cities across the country. 11 major cities letting them know that they had literally just a few days to take drastic action, to help curb the massive outbreaks that were being seen in those cities. And these cities are according to folks who witnessed the phone calls, Baltimore, Cleveland, Columbus, Indianapolis, Las Vegas, Miami, Minneapolis, Nashville, new Orleans, Pittsburgh, and st. Louis. Those were cities that the white house itself, uh, identified as major hotspots major targets for the virus essentially. And dr. Birx told them they had to take aggressive action to make sure that they got this under control here. Here’s one of the things said, if you wait another three or four or even five days, you’ll start to see a dramatic increase in all cases, because folks that’s what happens. This thing is a multiplier. And sometimes yeah, it can happen in as few as three or four or five days when you’re already dealing with a massive outbreak.

1000 people can become 5,000 people very quickly. And that’s what dr. Birx was warning these 11 mayors of, at some of these Republicans, some of these Democrats, all of them, people in positions of power who could do something to help curb the spread of the virus in their cities. They could make sure that mass or mandatory and not just, you know, strongly recommended as some mayors and governors even have done. But I think the phone calls to the mayor is, might be a little misplaced. I think, yes, that’s important to do, to let them know what’s happening in their cities. But I believe that after you hang up with the mayor, you immediately call the governor, give them the same pieces of information that you just gave the little old mayor, and you let them know immediately that they have to take action, because here’s, what’s interesting about this virus folks. If it hits a city, it doesn’t just stay in that city. You know, it’s not just making roots, making a new life for itself in a new city. Uh, it spreads beyond the borders of that city.

That’s, that’s kind of how, How things work in the United States. You never truly stuck in one place. You can go from place to place. And depending on which city you’re in, like a lot of these that are saying a lot of tourism right now, because people are stupid. Um, it’s going to spread. And I say that because I live in a, a Florida community has beautiful beaches, tons of hotels. I get in my car. I actually drove to the office yesterday. All I see you’re out of state license plates, you know, families loaded to the gills and their cars with their suitcases and their bathing suits because, Hey, let’s go down to Florida for a, for a fun beach Bay vacation. Cause it’s not like we’re in the middle of a pandemic. God forbid we have to put our lives on hold for a few weeks. So we don’t risk getting the people that actually live here.

Sick. We just care about our own selfish interests. Same thing with new Orleans, San Diego, with Las Vegas. We’re seeing this all over the country. It is stupidity. It is selfishness. And it’s nice that the white house understands that that’s happening. The problem is they need to be telling everybody this needs to be national news. This needs to be repeated. This needs to be shouted from the rooftops so that everybody understands how bad the situation really is. Cause the more they hide this data, the more you’re going to see those crazy polls showing that a majority of people in this country are like, Oh, I don’t believe the death tools real. I don’t think the buyers is as bad as he say it is. Well, it is just because they say otherwise to you doesn’t mean that’s what they’re saying behind closed doors.