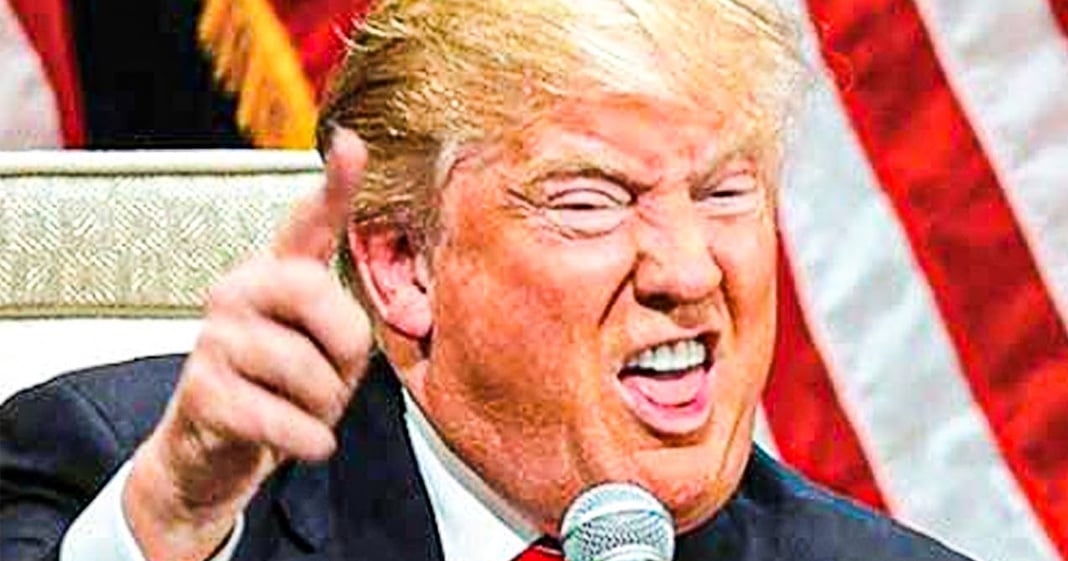 Donald Trump’s supporters are not happy about the fact that his campaign is spamming them with text messages all day long, and one supporter went as far as calling the texts “sleazy.” The campaign is telling their supporters that they are failing the President in this authoritarian-sounding texts, imploring them to send even more money if they actually love Trump. Ring of Fire’s Farron Cousins explains what’s happening.

According to a new report by Jared Holt over at right wing, watch Republicans, Republican voters, Republican supporters of Donald Trump are growing furious over the fact that his campaign is spamming them all day long with unwanted text messages, text messages, that one of the people who is receiving them described as sleazy. Now, I don’t know if I would go as far as sleazy, but these, uh, these text messages are a little out there. They’re a little desperate and they’re a little, uh, dare I say crazy. Here is a sample of some of the text messages that these Trump supporters are receiving. That they’re absolutely sick of. You failed to use your five times match. It expired. Why did you let us down Last chance? And The words that I’m speaking louder, those words are in all caps. And the five times match is basically saying like, if you donate, you get five times you match the funds from a different organization or group. Cause that’s what these are. They’re soliciting donations, but they’re sounding very desperate. Another one says, we texted you twice. Why did you let your 500% Trump house Patriot match expire again? We’ll give you one more time.

It’s that, that, that Almost sounds like a threat. Like what are you going to do if they don’t give you money? Are you going to go track these people down? Are you going to start calling them at that point saying where the hell is our money? I mean, this sounds like a mafia tactic, really like the next thing you know, they’re going to be getting text messages that say, Hey, nice knee cap. She got there. It’d be a shame. If something happened to him, maybe you give us a little money. Maybe we match at 500%. Maybe we forget any of this happened. I mean, these people are crazy and it’s pissing off the Trump supporters. Here’s some of the quotes from the actual Trump supporters who are getting these text messages. I badly want the president To win. Oh, this is John Schweppes. I’m just worried. This is putting ordinary people off. Ease up on the hostage Man, This room person and Eric Finman, who said these emails are so sleazy. It’s really sad. Picturing grandmas and such getting these and

Kurt Schlichter pro-Trump columnist says what the WTF is wrong with you. Stop this, do it. Now I’m constantly getting texts like this. From yesterday, I received four of the same texts all within 10 minutes of each other. Here’s the thing y’all had been more, right? The people who signed up for these Trump apps and the Trump mailing list and the Trump texting list and all that, uh, stories emerged month ago, maybe more than that, that the Trump campaign was essentially stealing your data and selling it and you still sign it. And now you’re mad that they’re sending you these kind of spammy text messages that sound like they’re coming directly from Al Capone himself. Um, y’all were born. So do what you gotta do to get off this, this text message list because here’s the thing they know. And this actually goes to both. Let’s be honest here, folks.

These phone lists and email lists are worth millions. Millions, not just for the fundraising aspect of it though, because they can sell it. That’s where the real value is because they can sell it to corporations all over the globe who will then start spamming you with stuff, honest to God, doesn’t matter if you’re left or right. The best thing you can do is unsubscribe from these mailing lists. If you’ve already subscribed to some, yeah, your data’s already been sold. That’s just the fact of the matter. I had been on a lot of them for the primary, for all of the different democratic candidates and, uh, wow. That was awful. I unsubscribed from all of them and I’m still getting tons and tons of telemarketing calls. The damage was done. So always think twice before signing up to receive text messages, even if it’s from a candidate you love or whatever it is, because either they’re going to sell your data to people you don’t want to talk to, or in the case of Donald Trump, they’re going to send you daily hostage demands and essentially force you to fork over every dollar that comes into your bank account.