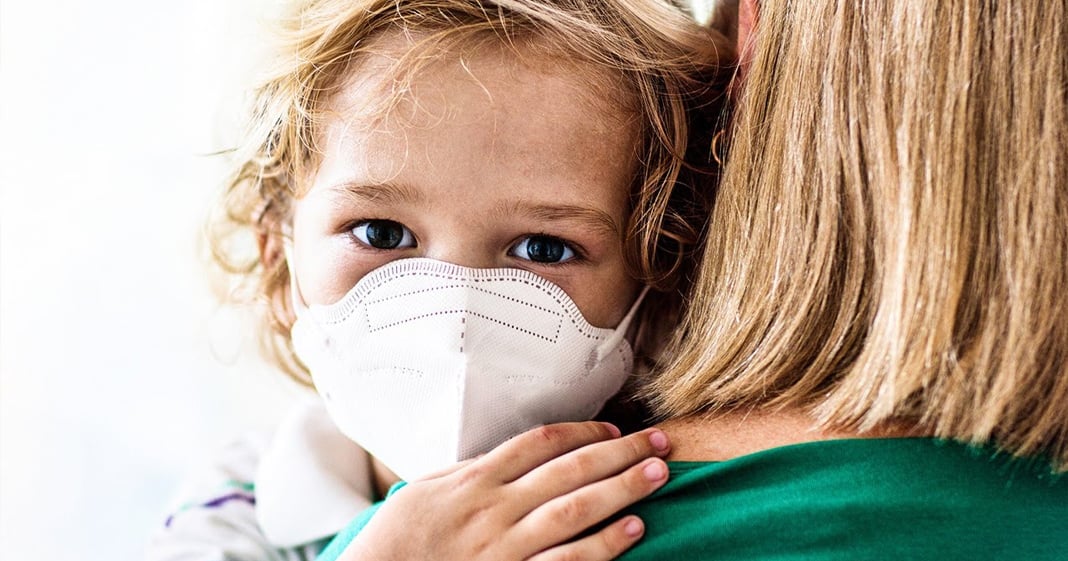 The state of Florida is one of the hottest hot spots for new Covid-19 infections, and they are also about to be one of the first states in the country to send their children back to school in the middle of a pandemic. But perhaps the latest data can beat some sense into the Republican-controlled state, as the latest numbers show that there has been a 23% spike in children being hospitalized for Covid-19. Ring of Fire’s Farron Cousins explains what’s happening.

The state of Florida was one of the last States to shut down. It was one of the first States to reopen. And in just a couple weeks, it is about to be one of the first States to send their children back to school. Florida also holds the distinction right now of being one of the worst hotbeds for new COVID-19 infections. But in spite of that, in spite of the fact that the lowest day we’ve had in the last couple of weeks has been only 8,800 new cases. Our Trump loving governor, Ron DeSantis is telling us that by God kids are going back to school and they’re going back to school in August, and there’s nothing we can do about that right now. And the reason DeSantis says that is because Donald Trump says that. And that’s actually the reason that Florida was one of the last States to actually implement a shutdown because DeSantis was waiting on permission from the white house itself, before he made a move.

He didn’t want to offend them. He didn’t want to seem like he was doing something too drastic for the white house to approve of. And that’s why we’re seeing the situation that we’re seeing right now. But with regards to the school’s reopening, right? We’re hearing Republicans tell us, we’re seeing members of this administration say that kids are going to be okay from this. This virus does not affect children as much. They say barely affects kids. They say they have told us that if kids get this, they’re going to be fine. They’re not going to see the horrible, uh, results that that adults are saying. Well, in the state of Florida, even before we’ve reopened schools, guess what’s happened in the last month, we have seen a 23% increase in the total number of hospitalizations of children with COVID-19 a 23% spike in children going to the hospital for treatment for COVID-19 because it was not manageable at home. Their symptoms progressed their conditions worsened, and we’re going to open up schools in three fucking weeks. That’s what’s happening in this state, Okay?

Kids can get this disease. Kids can die from this disease. We have seen kids as young as 18 months die from this disease. We’ve seen kids age two years, four years, five years, three years, six, seven, eight, nine, 10. This disease here in the United States is not hitting the same way that it hit in other countries. Look at the numbers, look at the demographics somehow some way we’re a little bit different from the rest of the world. There’s a lot of factors at play. Diet is an issue. It truly is a universal health care, big issue to playing a huge role because a lot of people in this country might have underlying health conditions that they don’t even know they have because they can’t afford to go to the doctor. But if they knew they had it and then they got, they would know how to better handle this. The doctors be able to take better care of them, but Hey, that’s capitalism in our screwed up healthcare system, right? We’re sending our kids to die. That’s the bottom line here. Ron DeSantis, who is being attacked roundly throughout the state and country knows that he’s sending our kids to die. You’re starting to see yard signs pop up throughout Florida that say Ron death Santas.

And while that doesn’t necessarily accomplish much, it’s certainly not going to console a grieving parent fact of the matter is that kids will die from his decisions here. We, we, we, we can’t do this Teachers. I need to stand up. Teachers need to be louder. Doctors and nurses need to stand up for this because if they do not, if they do not start screaming about how we’re going to have to stock up on teeny tiny coffins, then that’s our future. Voices have to be heard. Teachers. You may have to do a general strike. And I know that’s tough. I know a lot of teachers actually down here in Florida are fairly right wing, but this may have to be one of those issues where you put politics aside and do what you have to do to prevent the deaths of your students. Possibly even yourself.