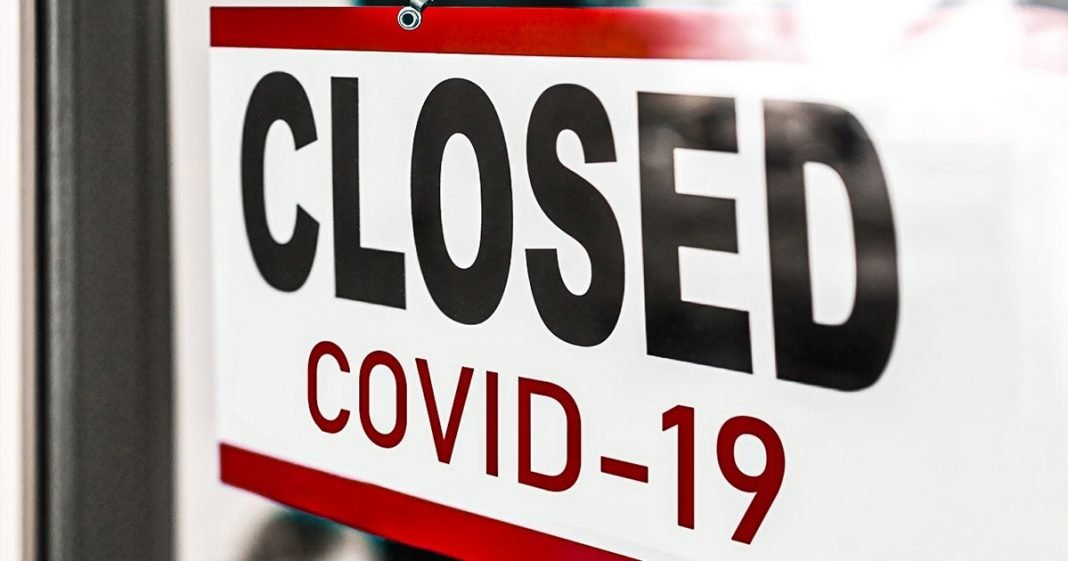 Our government at every level has failed us, and now experts are saying that the only way we will be able to slow the pandemic and return to a normal life in the near future is to do another shut down. This might be uncomfortable, but there are ways that this can be done in order to save American lives and get us on the right track. Ring of Fire’s Farron Cousins explains what needs to be done.

On Thursday, the United States passed a grim milestone of 4 million confirmed cases of COVID-19 on that same day, a coalition of more than 150 medical professionals, scientists, uh, nurses and teachers signed onto a letter encouraging the government to once again, shut down. Now I know that seems like a bleak future for the United States. You know, we saw what happened during the first shutdown, you know, that vary state to state, but overall, every area of this country had some form of shutdown, lockdown, stay at home order, whatever it was, every state had something and it costs plus more than 40 million jobs. You know, a lot of people couldn’t a third of the country couldn’t make their rent and mortgage payments, but these orders were not effective. Enough. Many of them were strictly voluntary mask orders and ordinances and stay at home ordinances. And social distancing ordinances were not actually enforced.

They weren’t even encouraged in many areas. And what did we see? We saw States say, well, nothing’s changed and let’s lift the order after two, three weeks. And now we’re in this situation that we’re in now where the first wave escalated. We’re about to reopen schools in this country. Trump’s encouraging that as we’re enduring an escalation in this pandemic and these professionals, these people on the front lines, by the way, they’re telling us we can’t do this. If we want to get a handle on this thing, if we want to get it under control, we have to shut down. We have to do it again, and it’s going to hurt. It’s not going to be fun. It’s not going to be pleasant, but folks, this is what we have to do. And that’s not just the 150 plus people who signed on to this letter saying that I’m also saying that, and everybody watching this needs to be saying that too.

And here’s the thing we could have had an effective shutdown. You know how I know that. Could you just look at other countries, the countries that are getting back to normal other countries that don’t have to do the social distancing as much anymore because they got things under control businesses reopened. They reopened safely. Why? Because they were strict about their shutdown. But most importantly, because they took care of their citizens during the shutdowns, they gave them money. They made sure that if you lost your job, you got more money. And by reopening the economy, those people who lost their jobs, most of them were able to go and get the jobs back. That’s the thing about the 40 plus million jobs that were lost. A lot of those people, if we had gotten this thing under control and everything was able to reopen safely, a lot of these people would have just been able to get their jobs back because in many instances, the company has laid off these people to reduce their costs.

Not all instances. I mean, you can’t apply that to every single one of them, but that’s what a lot of this was just trying to control their own costs. So they didn’t get screwed because why? Because the government didn’t want to actually take care of small businesses. They certainly didn’t want to take care of individuals. We took care of corporations. We took care of the big billion dollar industries. They’re fine. They’re always going to be fine. But the people are the ones who got screwed. They’re the ones who couldn’t pay their rent. A third of this country couldn’t pay their fricking rent for the last three months. And we’re about to get it so much worse. You know, what happens to the economy as the death toll keeps climbing over.

140,000. Now what happens if it hits a quarter of a million, half a million, a million what’s going to happen to local communities. Yo, when even 5% of the population there dies, that may seem like a small number, only 5%. But trust me for local economies, that is a huge toll that they have to pay. That could be a small business owner that employs 50 people. Or if they die, their business shuts down. What happens to those 50 people? What happens to the trickle down effect of it, right? Republicans, and you talk about trickle down. What happens when business owners die? What happens when all your employees die? What happens when all their customers die? That’s something they never thought about, or at least they never cared about the people who signed on to this letter or write a second. Shutdown is the only thing that is going to protect us at this point. And the reason we have to do a second shutdown is because our elected officials at every level, from both parties screwed up this response worse than almost any other country on the planet.