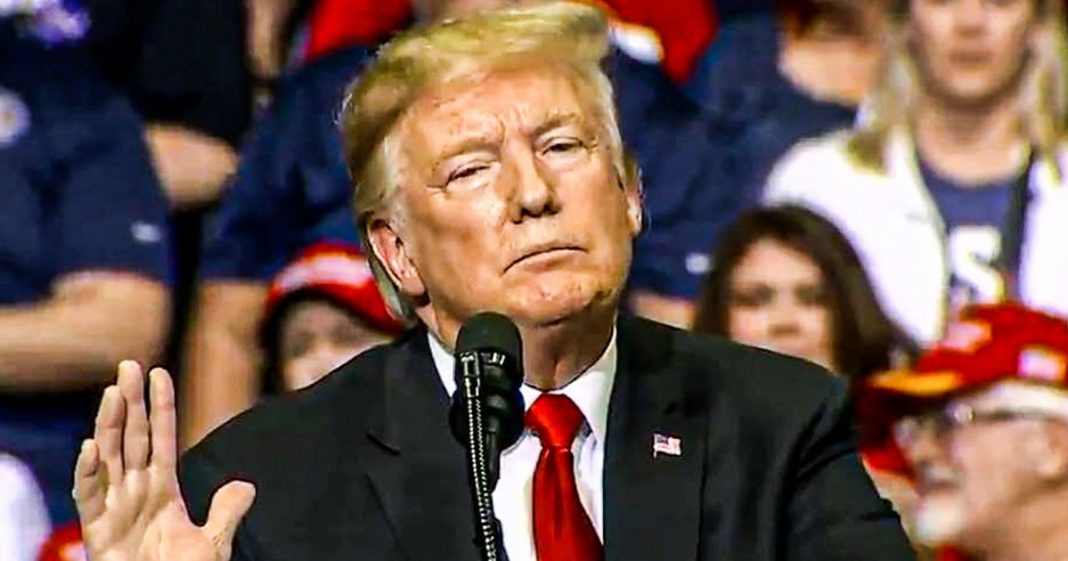 Late last week a federal judge issued an emergency injunction barring Trump’s Homeland Security forces from arresting journalists and legal observers in Portland, unless these individuals committed a crime. This is a good thing in a terrible situation, but if you dig into the judge’s wording in this ruling, you get a clearer picture of how bad things really are. Ring of Fire’s Farron Cousins discusses this.

Well folks, there is some good news coming out of Portland, Oregon, if you can believe it. And that is that last Thursday, U S district judge Michael Simon issued an emergency ruling that said that, uh, Donald Trump’s secret police operating up there in Portland. Uh, you can no longer, at least for 14 days while this order is in place. You can’t arrest journalists and you can’t arrest any legal observers, I guess that’s good news, right? I mean, these are people that are there to either document what’s going on or to help the protesters know their legal rights and to make sure that, uh, civil rights aren’t being violated, which we know they’re being violated, left and right. So, uh, sure, good news. Right? Kind of, but not really because you have to look at the wording of this ruling to understand how disgusting what’s happening in Portland truly is.

Because according to this ruling, the DHS, uh, Donald Trump’s Homeland security troops, they’re no longer allowed to arrest these people for 14 days starting on Thursday, unless of course they’ve committed a crime, which means there was a necessity to issue this ruling because journalists and legal observers were being arrested without having committed a crime. That’s the kicker. That’s how bad things have gotten because of Trump in the city of Portland, we do have people being arrested without committing a crime. The Trump administration admitted that they admitted that people are being arrested before the fact that they’re being proactive with these arrests. So the judge came out and had to say, okay, uh, I guess you can keep up with the proactive arrest. Just you can’t, you can’t get journalists. You can’t get the legal observers. And if you issue a disperse order, uh, they don’t have to follow it.

How bad is it in this country right now that we have to have rulings saying you can’t arrest certain groups of people who haven’t committed crimes yet. And that’s, what’s so sad about this ruling is that it doesn’t protect the actual protestors. It doesn’t protect the people in the streets. They can still be proactively. As the Trump administration puts it arrested and they still are being proactively arrested without actually having committed crimes. This is a legal and constitutional nightmare taking place in Portland, Oregon, all because of the Trump administration, things were dying down in the city, by the way, before they sent in DHS, the mayor doesn’t want them there. The governor doesn’t want them there. The people don’t want them there. They want this to go away because Trump’s in his people in and made it so much worse and believe it or not folks, that’s part of human nature, right?

When you see that your rights are actually being violated, that people are being arrested unjustly in the streets, it energizes, and radicalizes more people go out there. And that is exactly what Trump wanted. He wanted chaos. I want it anarchy, but it’s working against him this time. People aren’t buying into it. They know who the real villains are, and they know that it’s not the protesters in the streets. It’s not the people who spray painted a statue. Oh my God, spray painting a statue. Or even trying to tear down any of these racist monuments across the country that is not worth violating the United States constitution over the public sides with the protestors. That’s what the latest polling shows us. Trump is in trouble here. And hopefully he’s going to be in legal trouble because of what he’s done.