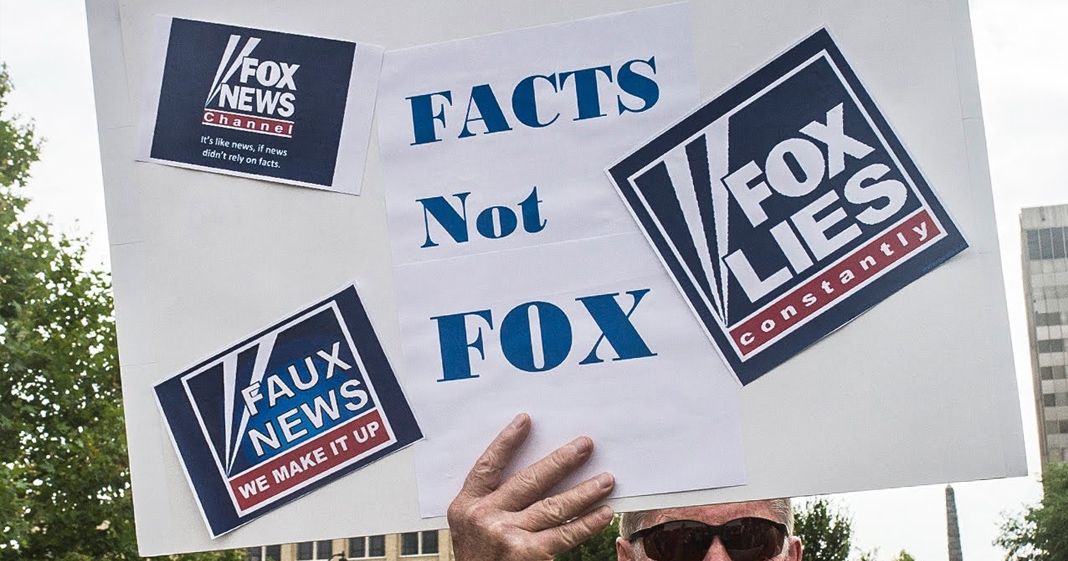 Yet another poll has come out showing that Fox News is little more than brainwashing propaganda for the uneducated masses. According to the new poll, Fox viewers are far more likely than any other subset to believe that the media is over-reporting the total number of Coronavirus deaths, and that the real death toll is much lower. This is one of the main reasons why things are still so bad in this country, and Fox viewers are more than happy to spread lies and conspiracies in order to make themselves feel better. Ring of Fire’s Farron Cousins explains more.

A terrifying new poll came out this week, showing that Fox news is always, has been and still continues to be poison for the human brain. Here’s what this new poll found out of the entire public, not just the Fox news, watching public, but out of the entire public 31% of people in this country believe that the total number of deaths from COVID-19 is actually lower than what’s being reported. 31%, nearly a third of people in this country think, ah, they’re, over-reporting how many people are dying, but when you switch it to just viewers of Fox news, that number jumps to 61%, a majority, a super majority, almost a Fox news viewers believe that the total number of people who have died during the pandemic here in the United States is well below. What’s actually being reported by state and federal government that that’s that’s bonkers. That’s absolute bonkers problem is across the board among independence, among Republicans, among Watchers of Fox news, among Watchers of MSNBC and CNN and among self-described Democrats. The number of people who believe that the number of deaths are being inflated has gone up every single group. It’s gone up the number of people who think not that many people have died.

It’s not just Fox news. It’s it’s clearly according to the poll, worse among Fox news viewers. But I have to sit here and wonder what the hell is wrong with you. People again, not just the Fox news viewers, literally anyone who’s out there thinking, ah, not that many people have died. What do they have to gain by lying to you about this? That’s what I want to know. I want to know the other part of the conspiracy, right? Because if they’re covering it up, clearly it has to be a conspiracy. The question is why, what does the federal government have to gain from lying to you about the total number of COVID-19 deaths? Do they have to gain a weak economy? More shutdowns were where people are out of work, a worsening GDP. I don’t understand. I don’t get it because it doesn’t make any sense. That’s why I’m not able to comprehend it because it’s a stupid belief held by stupid people, listening to a stupid network. That’s what this is. And I’m sorry to be that insulting, but folks, wake up,

Come on. Do you really think that out of all the things the government could or would lie to you about the total number of people who are dying from a pandemic, they’re just over inflating by yeah. 10% that doesn’t even make sense. None of these conspiracies make may make any sense. None of these, uh, talking points from the Republicans about this being overinflated make any sense because there’s nothing to be gained from it. You tell a lie because you’re trying to achieve something. What would they achieve by making the pandemic look worse than it is? They spend months lying to us about how severe it was. And now everybody seems to think they’re lying and it’s actually less severe than what they’re saying. Yeah. When you look at all of this, really not surprising that the United States is doing so horrible with our response to the pandemic, we’re doing it big. Cause I guess we’re just uniquely stupid among the world’s population.