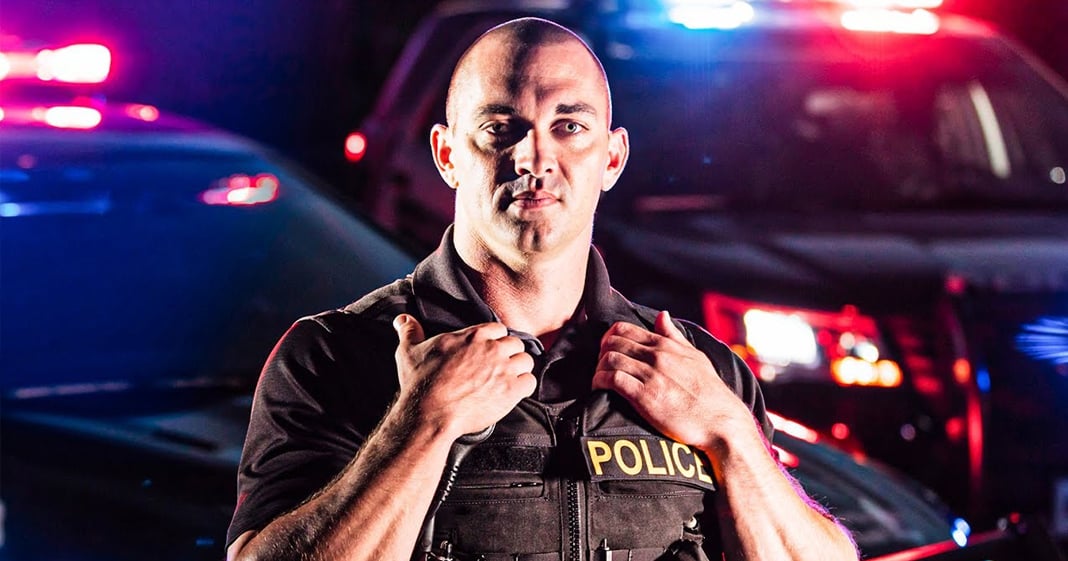 A staggering new Gallup poll released this week shows that 94% of Americans believe that at least some changes need to be made to America’s police. This includes a majority of ALL demographics and political parties, though it varies in intensity among those groups. But one thing is clear – Change is both necessary and supported, and that isn’t going to end well for Trump. Ring of Fire’s Farron Cousins discusses this.

According to an amazing new poll by Gallup released this week, a poll conducted by the way, among 36,000 American citizens over the span of two weeks. But according to this new poll, nearly everyone in this country agrees that we need to reform the police. 94% of the people polled said, yes, we need to reform policing here in the United States. Now this Was consistent actually amongst political party among races, but the degrees are where it differs a little bit. So let’s read through the results. Um, 58% say that major changes need to happen. A 36% say at least minor changes are needed. Only 6% said, Nope, we don’t need any changes whatsoever. Uh, 88% of black American respondents feel that policing needs major reform while 51% of their white counterparts feel the same.

So, okay. White people only 51% say we need reforms, but Hey, still a majority. So you gotta take what you can get. Uh, Asian and Hispanic Americans pull higher than white Americans as well. With 82% and 63% respectively, uh, Democrats, 89% say that major change is required. Uh, only 14% of Republicans say major changes required, but 72% of Republicans say that at least minor changes are required. 72% say at least minor. Uh, that is a massive victory too. So what does all this mean? It means that Donald Trump has screwed. The man is running his campaign right now on Joe Biden wants to do away with the police, which couldn’t be further from the truth, Joe, Joe, Biden’s kind of right there with the Republicans on what to do about police. He does believe that some reforms are needed, right?

I think, but he doesn’t want to defund them. Americans are right there with them on that idea. Like, yeah, we have to change this. Meanwhile, Trump is out there saying, Nope, I’m going to double down. I’m going to make the police so much worse. Cause I’m a, send him more police. I’m going to send in the military. I’m going to send in unmarked, U S officers and soldiers to these cities to just start snatching people off the streets before they commit crime so that they can’t commit crimes. That is what Trump is doing. And that’s not sitting well with the public. They’re not happy. They don’t like it. And I don’t know that they ever will because as it stands right now, folks, they are actually on our side. And I can’t even say our side they’re on the correct side. Cause it’s not our side. When it’s everybody it’s everybody’s side, this is a great poll.

This is the most inspiring poll that I have seen in months. And that includes poll after poll showing Trump, getting his ass kicked. This one means more. That’s how important this is. We need to reform the police. And the poll also shows that most Americans actually know what to do, make it more of a community based approach. Instead of having police out there, you know, rounding up people for spray, painting a building or you know, Oh, you’ve got too many tickets. You’re you’re loitering. You’re trespassing. Get the community involved, get everybody out there. Have outreach, have other professional departments that get funded. Instead of police, police don’t get funded. They’re still gonna have money. They’re still going to get their salaries. They’re just not going to have their weapons of war to play with. Cause that money instead is going to go towards community outreach towards mental health responders, things like that. So that not everything needs to be handled by the police so that the issues that have to be handled by police.

That’s what y’all get to focus on. Now. You don’t have to worry about hiding out in a speed trap, trying to catch a speeder. You can go investigate big real crimes. The rest of the stuff, leave it to the other people who are better equipped to handle that. And won’t respond to the situation with a flurry of bullets. That’s what the public wants And if that’s what the public wants, but Trump has given them the exact opposite. It’s not going to bode well for him in November.