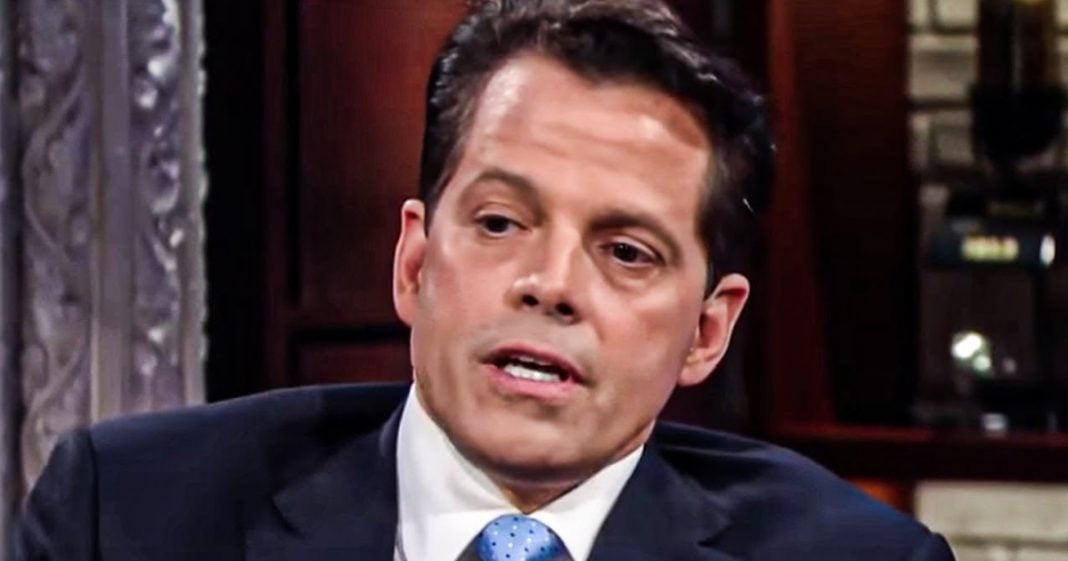 Former Trump administration official Anthony Scaramucci believes that Donald Trump might be, subconsciously, sabotaging his own reelection campaign. There is no doubt that the President IS sabotaging his campaign – the only question is whether this is intentional or not. Scaramucci believes that it is, but only on a subconscious level for the President. Ring of Fire’s Farron Cousins discusses this.

Former Trump administration official, Anthony Scaramucci said any recent interview with the guardian that Donald Trump is absolutely self sabotaging his own reelection campaign. Now he’s likely doing it subconsciously according to Scaramucci, but he’s definitely doing it now. There’s no question about that. Yes. The reason Trump’s campaign is doing so bad right now is partially, partially, uh, because of the things Donald Trump has been saying and doing over the past few months, I’m not even talking about policy-wise his rough abrasive attitude, his decision to kind of double down on things that are very clearly racist. Yeah. That’s turning off a lot of people. The other part of that is, is hugely right now, the pandemic in his awful response to that and his decision now to pretend like it’s not happening anymore and just go about his day, that’s costing him more support than his horribly racist and disgusting behavior.

But Scaramucci thinks that that particular disgusting behavior might be happening intentionally on a subconscious level. Here is what Scaramucci told the guardian. He said, he’s on a trajectory of a downward slope and he’s doing something because I know the son of a bitch. Well, he’s doing something that I find fascinating. He’s subconsciously self detonating. He’s doing things every single day that is literally forcibly unraveling his political career. And that is the hidden secret. The underbelly of a narcissist. They have a very full blown self destructive streak in their personalities. He’s got his hand on the self detonator. Now it’s not even close how badly he’s going to be destroyed.

Now here’s the thing. The Trump likes to win. He, he wants told America that we’re going to get tired of all the winning cause there was going to be so much of it. We’ve seen literally none of it, but he can, did not. He could not Go out there and lose an election and be okay with it. That’s why we have seen him already laying the framework to say, Oh, the whole thing was rigged. You know, the Democrats did their vote by mail thing. And so too many illegal people voted. Otherwise I would have won. So I think if, if, if let’s go down the, the Scaramucci road for a minute then, okay, let’s assume for a minute. Trump is subconsciously, you know, and they subconscious level self detonating, at least that down the road, he could go back and say, yes, I lost, but I lost because I wanted to lose. I didn’t want to do this anymore, but what was I going to do drop out now? So I decided to just kind of go all in, see what kind of goofy stuff I can say, what kind of crazy thing I could do to finally get people to stop loving me.

Cause be honest, they love me a little too much. Right? It was just constant. Oh, they were obsessive. It was, it was weird and creepy. And I had to get these people off of me. So I sabotage my campaign. I, I won by losing because that was my actual goal. So technically I didn’t lose. I won by losing. I could see that happening. Right. That sounds like something Donald would do. I don’t think he’s that clever. I think that’s why he is already constructing the narrative of voter fraud instead of ignoring that and going down the path of, uh, you know what, let’s see what I can get away with. Let’s see what I can do to piss these people off today. He’s not that clever. There is nothing subconscious about what’s happening right now. What’s happening is that Trump is trying to tap back into that anger that he tapped into in 2016, except he doesn’t realize that the anger is now directed at him.

Okay. So how do you, how do you harness that? How do you use it to your advantage? The answer is you don’t because you can’t, so he doesn’t know what to do. So he thinks if he goes a little harder, if he goes a little heavier, it’s somehow going to work out in his favor. That’s not going to happen. He needs to understand that. But I think saying that he is subconsciously self detonating. I think that grossly undermines how incompetent this man has been as president of the United States. He’s not subconsciously losing the election. He is losing the election because he sucks at his job.