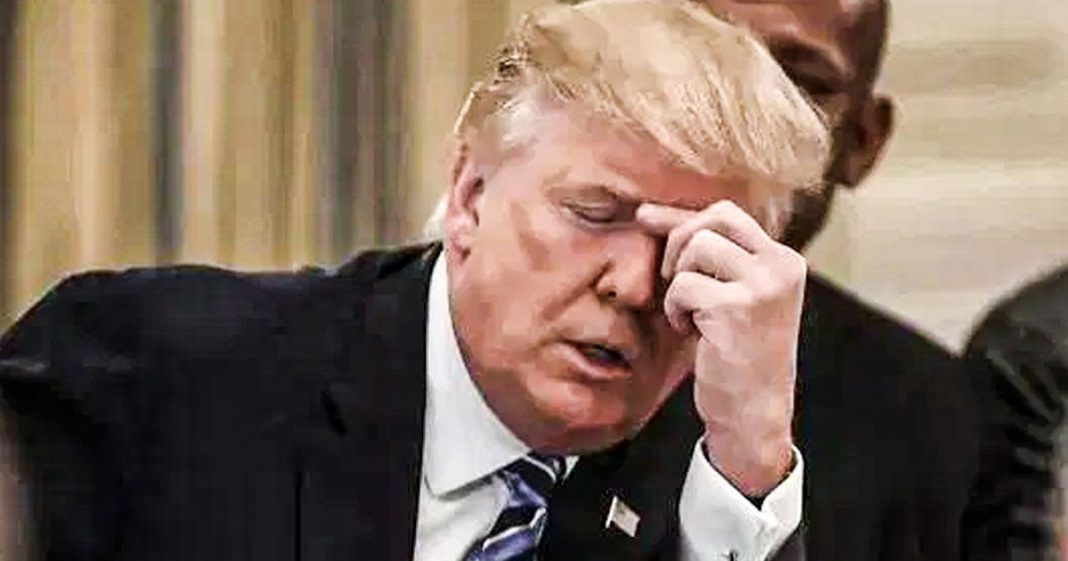 Donald Trump’s grand Florida convention has officially been cancelled. The reason coming from the administration is that it is just too risky to be pulled off safely for those in attendance, and that probably played a role in the decision making process, but the real truth is that there was no money for the event, no people wanting to show up, and not enough security to keep anyone safe. Ring of Fire’s Farron Cousins explains what really happened behind the scenes.

So in a bit of a shocking move, uh, late yesterday afternoon, Donald Trump announced that he was no longer going to have his part of the Republican national convention in August in Jacksonville, Florida. He’d been making a big production of the whole thing from day one, after it was announced by the ed North Carolina governor, that he wasn’t going to allow, uh, social distancing guidelines to be thrown out the window for Trump to do a speech at the convention, as it was scheduled in North Carolina. Trump moves it down to Florida. Florida says, yeah, come on. We’re totally happy to have you here. And then after that, all hell really broke loose, not just by the way, with the increase in COVID-19 cases down here in Florida, that I’m sure has played a big role in their decision, right? I mean, at least publicly, that is a good way to sell it so that nobody sees how dysfunctional it actually was behind the scenes, because believe it or not folks, it has nothing to do with the Corona virus.

That’s just what they’re selling to the public right now. Reports have been circulating for weeks now about the fact that one Jacksonville’s population, which by the way, leans heavily Republican. They didn’t want the convention there. They thought it was a bad idea. Two Republicans couldn’t find donors to pay For the stupid thing because the donors had already been tapped out to the tune of, I think, $32 million, uh, to pay for the one in North Carolina. You don’t get that money back when you cancel it by the way. And they actually didn’t even cancel it. They’re still doing things in North Carolina. Trump was just doing his part here, uh, so they couldn’t get money for it. And then as we found out earlier this week three, and this is a big one, there was no security. There was no money to pay for security first and foremost. Uh, and given this administration’s history of sending Trump into places to do a speech or a rally, and then not paying their bills, uh, they kind of wanted to guarantee that they would get paid and they could not receive that guarantee. Furthermore, the sheriff over in Jacksonville, this is hilarious.

I’m sorry. Uh, the sheriff over in Jacksonville earlier this week, uh, said during a press conference that there is no security. He has no way to guarantee the safety of anyone who shows up to this event. Uh, and he had, by the way, reached out to literally every County in the state of Florida, every single County said, I need all of your available men and women really do. Please, please, please send them to me. If they’re willing to do this, I need 2000. You know how many he got 500. He got 25% of the total number that he requested. That’s how many were willing to do it, because wanted to do it. They realized that this was akin to a suicide mission. You’re going to go into a packed arena of 20,000 people, not wearing masks, not social distancing, it’s akin to suicide and they weren’t willing to do it. So those are all the things that happened behind the scenes. Those were all the things that actually played the role in forcing this man to say, all right, fine. You know what? We’re just not going to do it. And to be honest, yes, this is a good decision. It’s a decision that I wish the Democrats would also do themselves. I mean, they’ve already announced the Democrats have that.

Their convention in Milwaukee, uh, is going to be scaled back. You know, they’re, they’re not going to have, uh, the delegates there. They’re going to be remote, but for Biden’s acceptance speech, they are going to allow people into the arena. And they’re not going to have a ton of them. They say, but there are going to have some people there. Uh, why you do not need that everybody in this country already knows who Joe Biden is. We know what he’s about. We know what he stands for. We’re there. We’ve seen it. We had had him for eight years in the white house as vice president. And then for 20 to 30 years, somewhere in that ballpark in the Senate, we get it. We know him. We’re good. Don’t need a convention. Let’s not risk anybody’s lives because we can’t sit here and talk about what a stupid idea it is for Republicans to do it, but then think that it’s okay for the Democrats to do it. That that’s not how this works.

If it’s stupid for one side to do it, then it’s stupid for the other side to do it. And it’s stupid for the Democrats to move forward with this plan. Even if they have Joe Biden in a room with 20 people at that point, it looks foolish. And it’s a bad idea that way, even if you have everybody standing 50 feet apart, that looks bad. So why bother? There is no point to it. Trump not coming in Florida is great. It’s great for us down here, we are dealing with our own crises at the moment, and we don’t need him coming down here and giving us more. And I just hope that the Democrats will extend that same courtesy to Milwaukee, that Trump just begrudgingly offered to Florida.