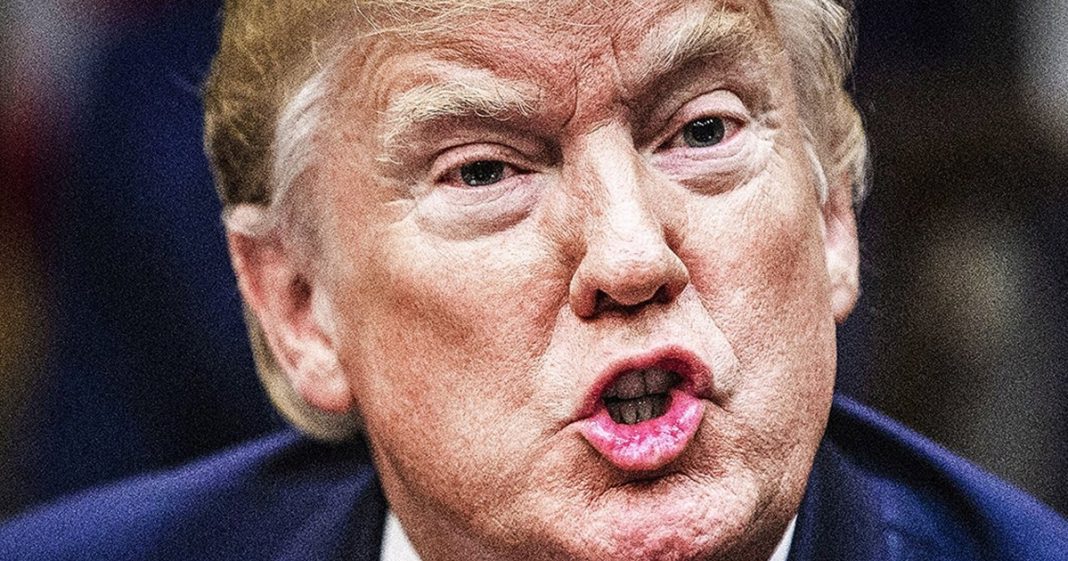 Trump’s Department of Homeland Security is threatening Netflix filmmakers to not release any of the damning footage that they have captured during a filming session for a documentary about Trump’s immigration policies. This is further proof that the administration knows what they are doing is wrong and that it is absolutely sickening to most Americans. Ring of Fire’s Farron Cousins explains what’s happening.

To ICE or the Department of Homeland security or the Trump administration. In general, if you’ve got anything bad on tape, we’re going to take that footage, delete it and pretend like none of that ever happened. But of course, after the election, you’re free to release your heavily edited by us documentary. Just, you cannot do it at all before the election. And there’s a reason for that folks. The reason is because most Americans do not side with Donald Trump on the issue of immigration, sorry. They just don’t. And if that weren’t bad enough, they sure as hell don’t side with this administration, with their treatment of immigrants in custody, they don’t agree with it. They don’t like it. They don’t want to see it. And I’m sure this administration doesn’t want them to see what they were saying behind the scenes. These filmmakers with Netflix were given unfettered access to this administration to things that the general public never knew about.

Never heard about never saw nothing. This was going to be an absolutely groundbreaking documentary coming out three months prior to the election. That’s a big deal. And now they’re trying to kill it because they realized, wow, we’re already losing in the poll spectacularly. We’re losing on the economy. Now we’re losing on handling the pandemic. We’re losing on the issue of race for God’s sake. We can’t lose on the issue of immigration too. So we’ve got to stop. The documentary question I have is what did you think was going to happen? I mean, suppose everything that’s happening in this country right now, wasn’t happening. If we were just operating business as usual, and you knew this documentary was going to come out, that had really bad footage of you guys, did you think nobody would care about it if everything else was okay? No, that’s, that’s actually not how that works at all. It would have been a much bigger story, to be honest with you. If we weren’t going through everything else we’re going through, people would have focused more on that. So best of luck trying to stop this, you gave them access. You allowed them to do this, and now you’re going to live with the consequences of the public, seeing what you’re really like behind the scenes.