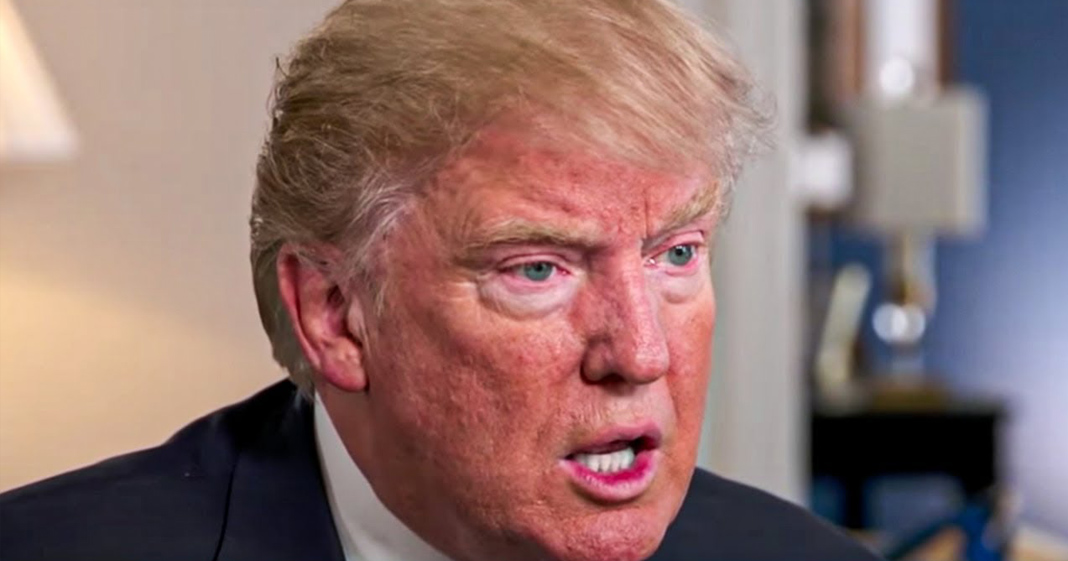 According to a leaked memo, the Trump administration has authorized warrantless surveillance of protestors across the country. This surveillance is meant to track down anyone who might vandalize a statue during the protests, which means that this administration is not only putting more value on statues than on human lives, but they are also putting more value on statues than on our Constitution. Ring of Fire’s Farron Cousins discusses this.

If you’ve ever found yourself asking, which is more important to the United States, some statue of some old trader who succeeded from the union or the United States constitution itself. Don’t worry. We finally have our answer to this clearly age old question of which is more important and inanimate object honoring a trader or the constitution. And unfortunately for everybody, the answer is the, a monument to the trader. According to a leaked document from the department of Homeland security and the, uh, us department of justice, the Trump administration and attorney general William Barr have authorized warrant-less surveilling and spying on protesters across the United States. If effectively doing away with the fourth amendment to the United States constitution, which talks about illegal searches and seizures, which is what this warrantless spy Is. Okay And that’s happening in this country right now, what has been happening for several weeks and they’re doing it

To police the So-called destruction of memorials, monuments, and statues. What they refer to in the document is M M S here’s what the documents specifically says. And again, this is from the department of Homeland security and the DOJ. You may collect information about one threats to MMS, to individuals or groups that pose such threats or their tactics techniques, or procedures, TTPs, uh, and three information that otherwise informs an overall assessment that threats to MMS will materialize persons merely engaging in nonviolent protest activities, near MMS, or making hyperbolic statements about MMS likely do not constitute a threat to MMS. Um, so if they think, if they think that you might be one of those people that wants to, you know, spray paint a statue, they can spy on you. Um, if you’ve only said it, you know, just using a hyperbole, then you’re probably not a threat you could be, but who knows.

But if they think that you are a threat and to be a threat, they have to think you might maybe possibly someday do something. So essentially a thought crime at this point, a preemptive strike. If you want to call it that, uh, then they can, they can spy on you. They can absolutely do away with your fourth amendment rights. They don’t care. As long as no harm comes to these statues of people who wanted to not be a part of the United States anymore. This is nuts. I mean, this country is being run by nuts. This country is being run by people who have no regard for the rule of law whatsoever. I know they’re out there saying like, Oh, these lawless people breaking the law, no jackass. You’re the one breaking the law. You are, you’re actually violating the constitution. What some of these people out there are doing.

And by the way, most of them are actually not even a part of any of the actual protest. They’re going out there doing these things because they have sometimes violent tendencies or because they think that’s what should happen. They’re actually not connected to the protest themselves. Keep that in mind. They’re, provocate tourists. A lot of them coming from the right. We know that there is evidence to support that the police know that, but they’re still using it as an excuse to erode your constitutional rights, because apparently a statue is more important than your rights as an American citizen.