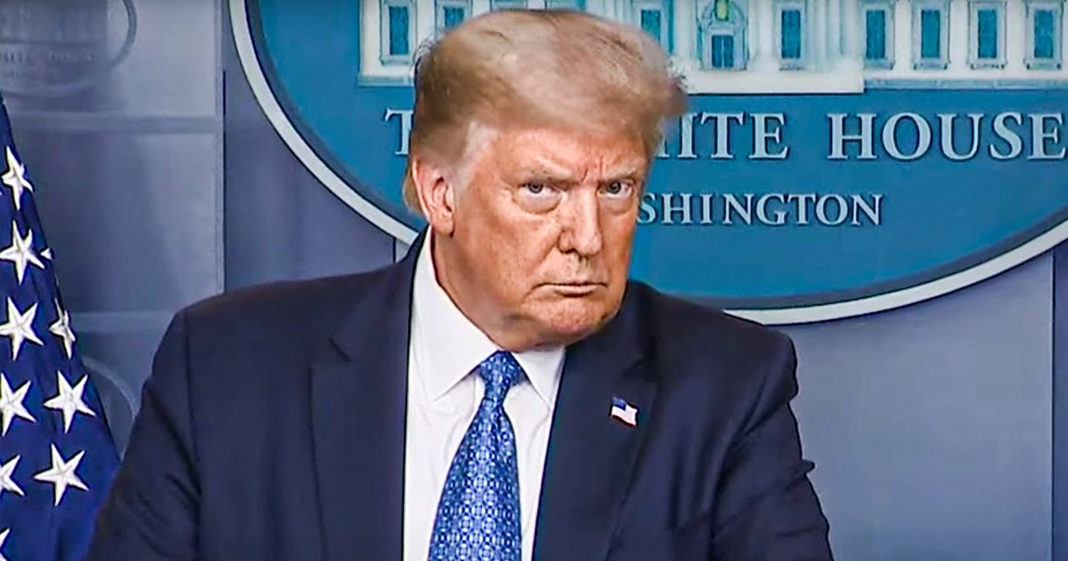 Donald Trump has announced what he is calling a “surge” of US troops to places like Chicago, to allegedly curb the nonstop violence happening in that city. Chicago is not the warzone that Republicans have depicted it as being, but they believe that they can convince the public otherwise. In the meantime, martial law has come to the United States thanks to the President’s fascist policies, and this appears to be the platform he’s running on in 2020. Ring of Fire’s Farron Cousins discusses this.

Donald Trump announced yesterday that he is, uh, creating what he’s calling a surge in the number of federal troops that he is sending to the city of Chicago to curb the, as he described it, uh, this rampage of violence that is shocking. Our nation, I ran page of violence in the city of Chicago, that the media, for some reason is not reporting on, Oh, that’s right, because there’s not a rampage of violence happening in the city of Chicago. There’s protests. Sure. There are shootings. Absolutely. Just like there are increasing in every major city in the United States. That’s been happening all year before these protests even begin. These two things are not related whatsoever by the way, folks, but here’s what’s happening. Trump announced yesterday. He has seen sending agents from the FBI, from the ATF, from the drug enforcement agency, us Marshall service and the department of Homeland security together.

These agencies are going to be sending hundreds of United States troops to descend upon an American city to go after American citizens. The president of the United States is using our own military forces against us. That’s what’s happening. And again, do bad things happen in Chicago. Do people get killed? Absolutely. Just like they do in every single major city in the United States, look at the stats this year alone, folks murders are increasing. They really are. You can’t deny that because the stats tell us that that is happening, but it’s happening in cities run by Republicans. And it’s happening in cities run by Democrats. It’s happening in red States. It’s happening in blue States. Do you know what all of these shootings that are happening have in common, only one thing. And it’s not politics. It’s not protests. It’s not left to right. It’s one thing they have in common and that’s guns.

That’s the only thing that every shooting in this country has in common guns and how easy it is to get them. So rather than actually addressing the problem and saying, Hey, maybe we need to do something. Maybe we need to actually try, put forth a little bit of effort, keep guns out of the hands of dangerous people and maybe that’ll help. Nope. Instead Trump says, now let’s go. The fascist route. Let me send in my fricking Brown shirts to Chicago, because this is going to look good in a campaign ad for me, this is going to be my mother. This Is going to end badly for every one as a campaign tactic, as a military tactic and as citizens just trying to go about their day, Donald Trump is unleashing the military against us because thinks it’s going to win him election. He is decided officially the platform for 2020 that he is running on is Fascism

Folks. This is terrifying. And if you’re not upset about this, if you’re not freaked out, if you’re not pissed off, then guess what? You’re the reason things like this are allowed to happen. I can’t tell you how many times over the years, you know, we, we hear people say, how could the people in Germany have allowed a guy like Hitler to rise to power? How, how could they even just do that? Yeah. If you’re not pissed off right now about what’s happening, your how people like that come to power. Doesn’t matter if you’re left or right. If you don’t think this is immoral, if you don’t think that this is a dangerous man who needs to be stopped, if you’re just kind of ho hum, maybe there’s more going on. But I don’t know about if that’s the mentality that you have, then your why this happens.

Your why this spreads, it’s not going to end with Chicago. They’ve made it clear. It doesn’t end with Chicago. I think the next place they’re planning on sending us troops is Kansas city. Um, and then it’ll obviously likely spread from there. This doesn’t stop until this man gets out of office. This, the stakes of this election within the last eight days have increased dramatically. And it sucks. The Joe Biden’s the best choice that the Democrats have to offer. But folks, you can’t, you can’t screw around with this anymore. Things dramatically change. Joe Biden is not great by any stretch of the imagination. He’s downright not good, but I don’t for a second. Think that Joe Biden would ever send United States troops to a United States city to attack United States, citizens. And that’s where the line has been drawn right now. That’s the choice we have. Yeah. It’s a crappy choice. It’s a choice. Nobody wants to have to make, but guess what? In November we have to make it and there is a right answer and there is a wrong answer. The wrong answer is supporting Trump. The right answer is making sure this man gets out of office before these jackbooted thugs come to your city to put you in your place.