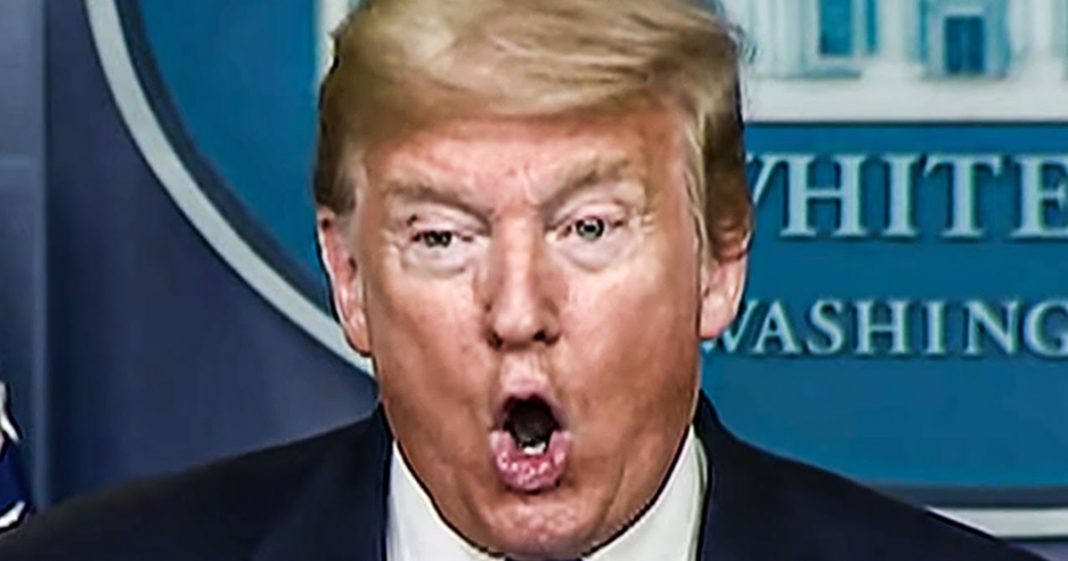 Donald Trump told Fox News host Chris Wallace that he will be signing a new healthcare plan into law in just about 2 weeks. That would be interesting news if such a healthcare law existed. The truth is that the Republican has now had more than a decade to come up with a replacement plan for Obamacare, and they have to come up with a single thing that would work. Ring of Fire’s Farron Cousins explains what’s happening.

On Fox news Sunday, Donald Trump dropped a major bombshell. Not that he wasn’t sure if he’d accept the results of the election. Not even that he didn’t know what the 1619 project was, but the big bombshell was that in two weeks he will be signing a major health care bill for citizens of the United States. That ladies and gentlemen is massive news. It is something that obviously this country desperately needs. Obamacare is decent, but not even close to what we actually need. So Trump is handling it in, in two weeks. That bill is being signed into law. So thank goodness that’s happening, right? There’s no bill. There’s no legislation. There is literally not a single, according to us a Hill cup, or there is not a single healthcare bill being worked on in either the house or the Senate, not one. There haven’t been any meetings about a healthcare bill at the white house amongst member of Congress.

There there’s been nothing literally, no talk about this anywhere. So where in the hell is Donald Trump getting this idea that in two weeks from yesterday, so the clock’s ticking you down to 13 days. Now he’s going to sign a bill. You don’t have that. What’s interesting to note here, folks. I went back and I, I dug in a little, because this is something that Donald Trump has said many times like, Oh, maybe we’re going to have a health care bill in 14 days, we’re going to have a healthcare bill in two months. We’re gonna have one next week. He’s told us he is made claims like that on February 21st, 2017, May 14th, 2018, June 17th of 2019 on each one of those dates. The president said we will have, I will be signing a healthcare bill in X number of days,

Not once on any of those occasions. And he does it every year. I mean, almost like clockwork, not once on any one of those occasions, did he ever end up signing a healthcare bill and everybody just kind of gave him a pass for it, right? I okay, well, we forgot it happens. And that’s what he’s hoping will happen. He is hoping that two weeks from now, nobody’s going to follow up and be like mr. President. Where’s the bell it’s today’s day, bud. Let’s do this. Come on. Where is it? Here’s the truth. Instead of actually trying to fix healthcare in the United States, the Trump administration is actively trying to convince the Supreme court to destroy the affordable care act. Now, of course, they’ve actually filed a motion with the court to destroy the affordable care act after the election. They don’t want it to happen before the election. That’d be really embarrassing for them. So they just want it done after.

I mean, they want it dead, but just wait until after the election. Cause they know how bad that’s going to be for them politically. I think what’s even worse for them politically is that been bitching about Obamacare for 10 years and still to this very day, more than 10 years later, they haven’t been able to craft a bill that is a comparable replacement. They haven’t been able to craft a bill in 10 fricking years. That actually makes the American people think, Hey, that’s better. If you have had 10 years to work on a paper, I mean, it was what rebel is use of, write it down, write down your ideas and your, your thoughts and all that and what you want to see happen. You’ve had 10 years and you still can’t do it yeah. At your job. And you need to find it new one. You do. That’s the God’s honest truth here, but that’s what we see with these Republicans.

No, they don’t have a healthcare bill in the works. Do you know why? Because the only thing this party knows how to do is cut taxes and cut regulations. They just know how to cut stuff. And really just the two things, that’s all they can cut. They can cut taxes and they can cut regulations. They can cut funding for vital programs too, so they can cut three things. But if it doesn’t involve cutting, these morons don’t know what to do. And that’s why it’s taken 10 years for them to produce zero pieces of legislation that actually do anything that the public is willing to support.