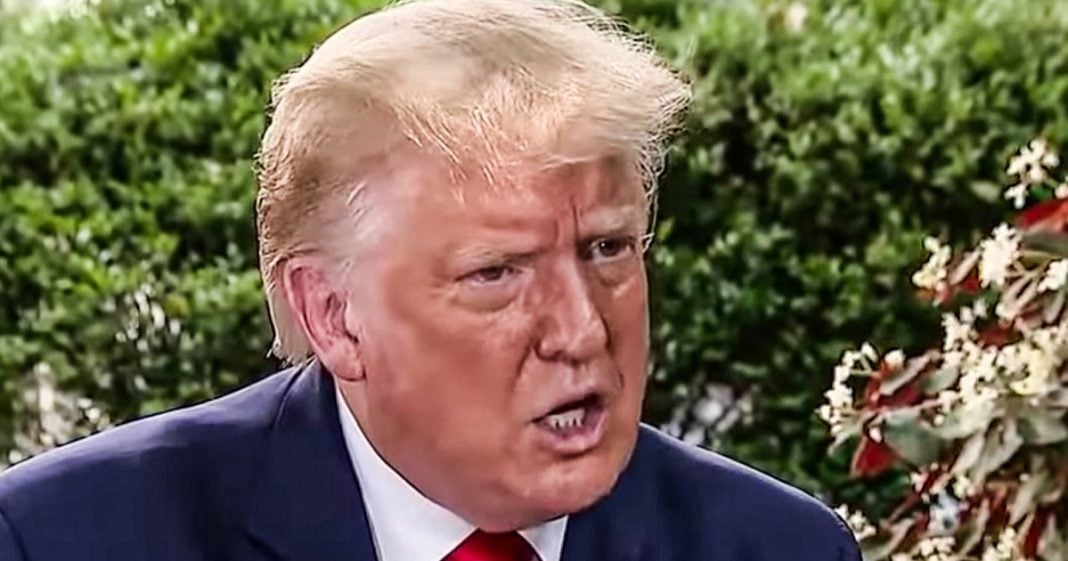 Donald Trump is preparing to send his secret police to at least 3 additional Democrat-controlled cities in the United States this week, after he saw the so-called “success” of his deployment in Portland. This is the problem with celebrating such an action – it gives him the impression that people are ok with the action in general, and it only escalates from there. Ring of Fire’s Farron Cousins explains what’s happening.

Donald Trump’s chief of staff. Mark Meadows announced this weekend that after the success of what they did in Portland, we can expect to see Donald Trump’s secret police forces show up in other democratic run cities, probably by the end of the week. In fact, they’re actually planning the department of Homeland security of a unleashing 150 troops to Chicago before this coming weekend. This is how it starts. I don’t know how to make that any more clear folks. This is not hyperbole. These are not conspiracy theories. These are things that have happened. And after Donald Trump and his administration saw that you actually had a decent number of conservative Republicans out there saying, yes, we like what you are doing in Portland. Let’s do more of this. And he thought, all right, I will, that’s what’s happening right now. And it is literally the, the, the old saying, you know, back in world war two first, they came for the trade unionists and I didn’t speak up cause I wasn’t a trade unionist and so on and so forth until till they come for you.

And there’s nobody left to speak up for you or just speak out for you or to come save you. That’s what we’re talking about. And I know that seems a little intense, right? This, this seems a little harsh, seems a little unrealistic, right? Well, I’m sure that’s what people thought back in the day too. But folks, this is how it starts. This is how it happens. Trump was given the green light for it. Republicans, conservatives, Fox news. They were okay with this. They were okay with what they saw. And for the record here is why let’s be completely clear. Here is why those thugs went into Portland in the first place. It’s not because the protesters were getting violent. It’s not because they were just beating the tar out of everyone. They saw they weren’t causing terrorism. They weren’t killing people. They weren’t injuring other human beings.

What they were doing is vandalism. There was some spray painting, right? There was some, a destruction of, of monuments, I guess. I think that’s what the president claims. So God only knows how much we can trust him. That’s why they went in there. That’s why our constitution was circumvented. That’s why we have become a fascist nation because of a little graffiti. That’s all it took. And that is all it took by the way, to get Republicans to say, hell yeah, let’s give up our freedoms. We don’t care. Even Rand, Paul, as horrible as he is, had enough. Good sense to speak out against what’s happening from the government in Portland, the government attorney general Portland has actually now had to Sue or attorney general of Oregon, excuse me, has now sued the federal government for sending in these troops. The governor doesn’t want them there.

The attorney general doesn’t want them there. The mayor of Portland doesn’t want them there. They want them gone. They won’t leave. This court case is about to be one of the most significant that this country has ever seen, because if it makes it all the way to the Supreme court and it will, and they rule in favor of the federal government, then we just lost everything. And that is what Trump is hoping for a second term and unlimited power to send his jackbooted thugs into any city in this country and effectively take it over through fear. Good old fascism.