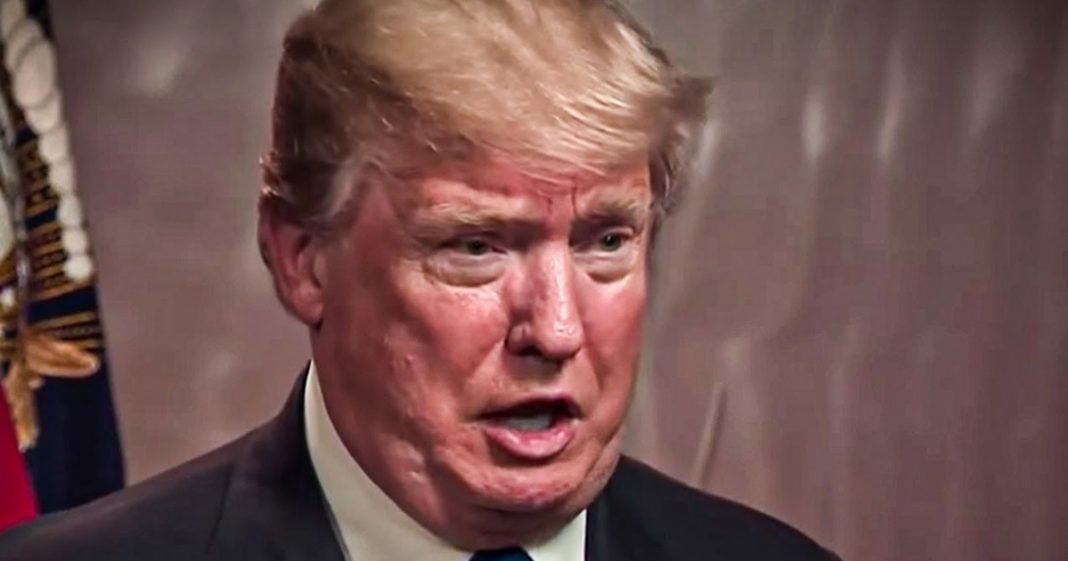 Republican donors are being taken for a ride and they don’t even realize it. Donald Trump’s businesses have been sucking up his campaign cash – hundreds of thousands of dollars worth this year, alone. And the more money that wealthy Republicans are willing to pour into the campaign, the more President will use his campaign funds to pay himself for his presidential reelection bid. Ring of Fire’s Farron Cousins discusses this.

According to the second quarter financial disclosures from the Trump administration, Donald Trump has been using his personal business, uh, to essentially act as a conduit by way of which, uh, the campaign funds from the Trump victory committee just flow right back into his own pockets. Cause as we all know, it is 100% illegal for a candidate to spend any of their campaign cash on themselves. You know, they can’t use it for personal gain, but you can use it for, you know, obscure things like catering, whatever. Nobody really checks that. As long as you paid for food, you’re okay. As long as you paid for an event space, that’s an okay expenditure. But here’s the thing. What happens when you, the person spending that money are spending it on an event space that you own? Well, we all know the money goes right back into your pocket.

So how is that not illegal? That’s what I would like to know. How is that? Okay. But if you just put the money directly into your pocket, it’s not see, here’s the thing. According to these, a second quarter, financial disclosure forms, the Trump victory committee made 43 payments, 43 payments over the span of two days from March 31st and April 1st 43 payments from the Trump victory committee to the Trump organization to Mar-a-Lago basically. Now when asked, why, why did it have to be 43 different transactions? They were told because it Mar-a-Lago, they can’t process a credit card payment of more than $10,000. So this nearly $400,000 that this committee had to pay to Mar-a-Lago, they had to do it in all of these little incremental transactions.

Huh? You would think somebody at the Trump victory committee would have a checkbook, right? You know, there’s actually ways for organizations for committees like these and businesses, multibillion dollar businesses like the Trump organization. Um, they can process large payments. I don’t believe that at all. I’ve worked for companies. I’ve worked for catering companies. I’ve worked at restaurants that did catering and they were able to take in payments of over $10,000. You’re going to tell me that a little restaurant, a local restaurant, locally owned mom and pop restaurant here in Pensacola. Florida has more sophisticated bookkeeping methods than Trump’s Mar-a-Lago. I don’t believe that for a second. I believe something sinister happened here as should everybody, because that’s what the president does. He is in it to put money in his pocket. That is what this is about. That is the reason he got into this game in the first place folks.

And he is doing it beautifully, absolutely beautifully. 43 payments. Most of them for exactly $10,000, March 31st and April 1st, 2020, they went into the account and Oh, by the way, this Trump victory committee is actually a joint fundraising committee of both the Trump campaign and the Republican national committee, the RNC itself, they all put money into this. And then Trump likes to spend that money at his own place. So then it all goes right back into his own pocket. There is no way this should be considered legal. I know it is, but considering all the restrictions we have on campaign finance, you know, sure you can give unlimited money, but the person just can’t profit off of that money. This should be illegal. This should be investigated. And we need a new law. You know what? Let’s name it.

After Trump himself that says you are not allowed to spend any campaign money, not even a frigging penny at a place that you own, because if any of the profits make it back into your pocket, you’ve just missed used campaign finance money. Here’s the kicker to Trump owns these businesses. You know, he claims he’s worth $10 billion. He could have very easily donated the space, donated the food, eaten the expense, or written it off as a donation to his own campaign. But he didn’t. He made the conscious effort, the conscious choice to make sure that he charged the full amount so that he could make money. So that way, even if he loses this election, he still came out on top because he got to put all that money from those donors back into his own pocket.