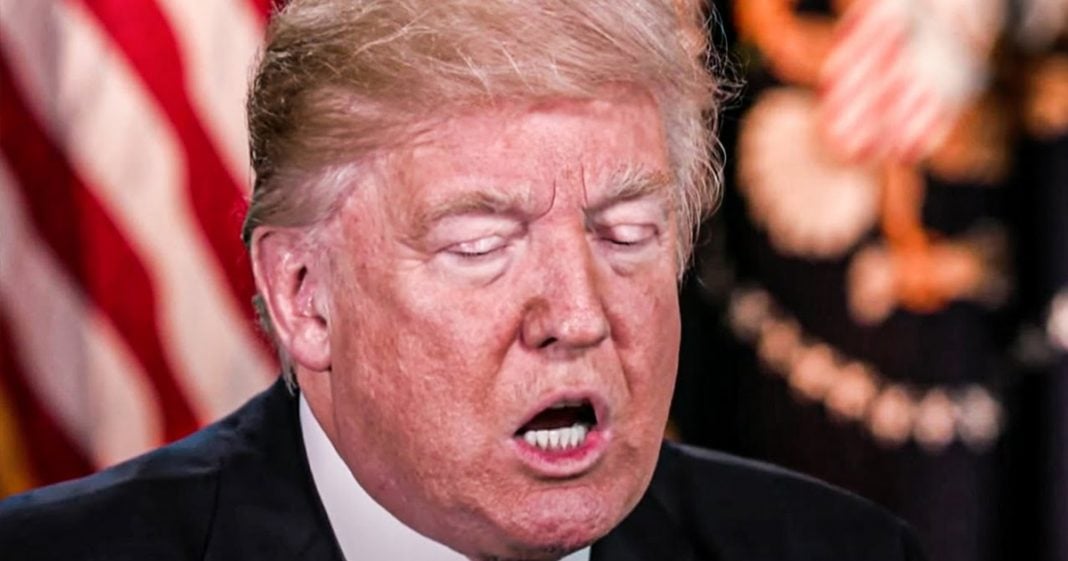 The American public officially abandoned Donald Trump just a few weeks ago, but his base hung in there as long as they possibly could. But today, they can’t convince themselves that everything is ok, and they no longer trust the President to handle the ongoing and worsening pandemic. This is a recipe for disaster for Trump’s campaign, and it can’t destroy itself quickly enough at this point. Ring of Fire’s Farron Cousins discusses this.

According to the latest round of polling, Donald Trump is in even worse shape than the last time. I said that Donald Trump was in worse shape than what we thought, because according to the new poll, Donald Trump has now officially starting to lose the Republican base. Here’s why that is so important. I’ll tell you why he’s losing them in a minute, but first why it’s important that you have your base? Well, because as the name itself implies, it’s the base. It’s the core. It is the foundation upon which all of the other support rests. It’s the base. It holds it up and he’s losing it. According to a new ABC news poll, 30% of Republican voters said that they do not trust Donald Trump to handle the coronavirus pandemic. They do not trust what he says about the pandemic. In other words, they don’t think this is the guy for that particular job.

And as it just so happens right now, here in the United States and pretty much across the globe, that job happens to be the biggest, most important thing happening on the planet at this very moment. I know there’s other massively huge issues looming on the horizon. And many of them have been for years, but right now in the eyes of Americans, it’s this, this, this takes priority. This has superseded some of those other issues that we still have to address. But first we have to not die in the pandemic to be able to address those things. And the Republicans, the people out there who say, I am a Republican, I am a member of the GOP. 30% of them say this guy in it, he can’t do it. And I don’t trust him to do it. Number gets even worse because two and three independence, two out of three independence, 66% of independence say, I don’t trust Trump to do it.

Sorry. So yeah, you have to have your core, your base of support because that’s the base where everything rest upon. And then you got to build off that base with the independent voters and, and 66% say, yeah, no, you can’t handle this most important issue facing this country right now. You can’t do it. And 30% of that base has now gone to Trump at this moment. Doesn’t have a leg to stand on. And it is because of his own incompetence. This is by his own design. He didn’t have to be this crazy with the response. He didn’t have to be this incompetent. He didn’t have to be this stupid, but he is. We got to see first hand how this is now. Plenty of people in the United States had already seen it. You know, if you had been through a disaster during Trump’s administration, you saw his incompetence and his callousness towards human life.

They definitely saw it down there in Puerto Rico. You saw it on the Atlantic coast and the Gulf coast with hurricanes. You saw it in California with wildfires. So in Colorado with wildfires, you saw it across the country with floods, with droughts, with other natural disasters, you saw that he doesn’t care, but if you weren’t directly affected by one of those things, you saw it from afar, you saw it in a headline, you saw it in a video. It’s easy to detach yourself from it when you’re not directly affected by it, COVID-19 came along. And that became that illness became the great equalizer. Didn’t it. Everybody felt it, everybody, everybody, the rich and poor poor, obviously more than the rich, they felt the ineptitude of the government’s response. And this time, thank God. They knew where to direct their blame right at the top, Donald Trump himself. And it is now costing him, not just everybody else in the country, but even the most ardent Republican supporters have said, we’ve seen what you can do, and we’re not interested in another four years.