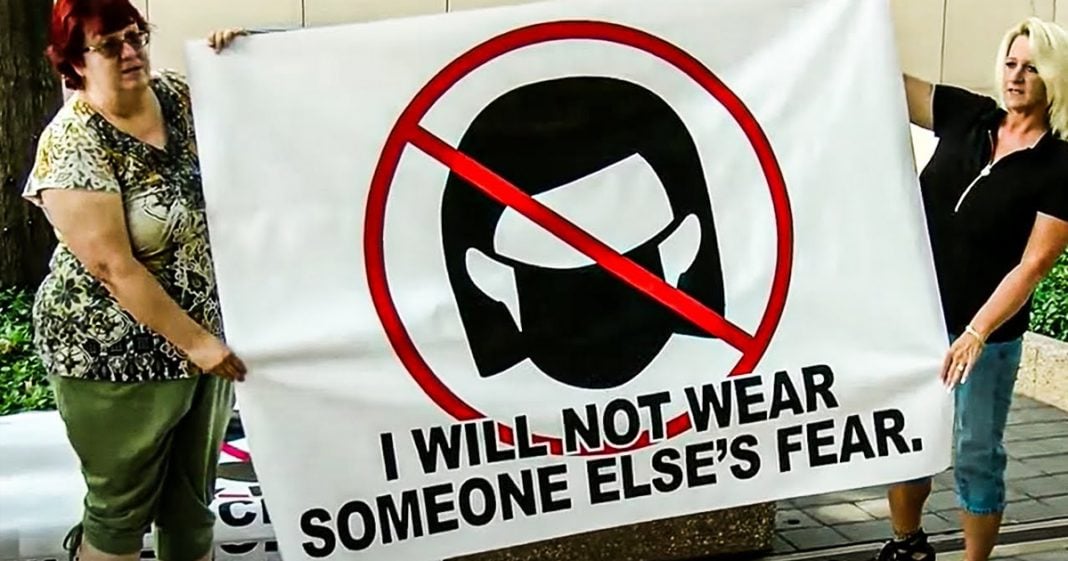 The Coronavirus pandemic has exposed the American Republican Party for what it is – a cult. Given the way that they completely ignore both science and common sense, there is no other way to describe the behaviors of this political party during these times. Had it not been for the gross and intentional incompetence of these Republicans, the United States would be on its way to recovery today. Ring of Fire’s Farron Cousins discusses this.

Writing for New York magazine’s intelligencer, Jonathan Chait said this week that the Republican party has officially become a death cult. And we’re seeing that with their response, uh, not just nationally, but in Republican controlled States, uh, to the pandemic and Jonathan shade is exactly correct. What we’re seeing right now happening in the red States, uh, throughout the country under Donald Trump’s watch. This is what happens when you have Republicans running things. This is not something that was not predictable. We knew this was the kind of thing that would happen. And here’s how we knew it. Republicans have spent decades, decades, defect, funding, government programs. I mean, as they’ve told us, Grover Norquist said it himself. We want to make government so small. You could drown it in a bathtub. Well, guess what? That looks good. Sounds good. As a sound bite looks good on paper.

You know what I’m saying? Don’t trust the government. Don’t trust the government. They lie. They lie. They lie, they lie. And then it comes when the government has to tell the truth, the people have to listen. And then they say, no, you told us you always lie. We can, I can’t listen to you. We’re not going to believe you about masks. This is crazy talk. You’re trying to control us. You warned us. The government was lying. And now here you are clearly like, no, well, it’s kind of the reverse a boy who cried Wolf, but nonetheless y’all did this to yourself. And Jonathan shape is correct with his analysis here. This is what happens with Republican rule. And we know that cause that’s why we’re seeing it hit a little bit harder in Republican controlled States compared to democratic controlled States right now. Yeah. In the early days hit the Democrats hardest. Why? Because we had no idea what to expect. Nobody knew what was going to happen. And even today, democratic States are still getting hit hard. Uh, California is a great example. Gavin Newsome has done a lot of great things.

He’s also done a few stupid things, but when you look at the red States, and I know because I’ve lived in one my entire life, 37 years, I’ve never had the luxury of living in a, a blue state except for a couple of Florida elections. But other than that, uh, I see it firsthand. I’m in Florida. I see it firsthand. I see the incompetence. I see the intentional misdirection. And I see what happens every day when you destroy the federal government, not just the infrastructure itself, but the trust that the public has in that institution. That is what Republicans do. People need the government, we need a functioning governance. We need a working government and I can promise you, you will never get that with Republicans in charge.