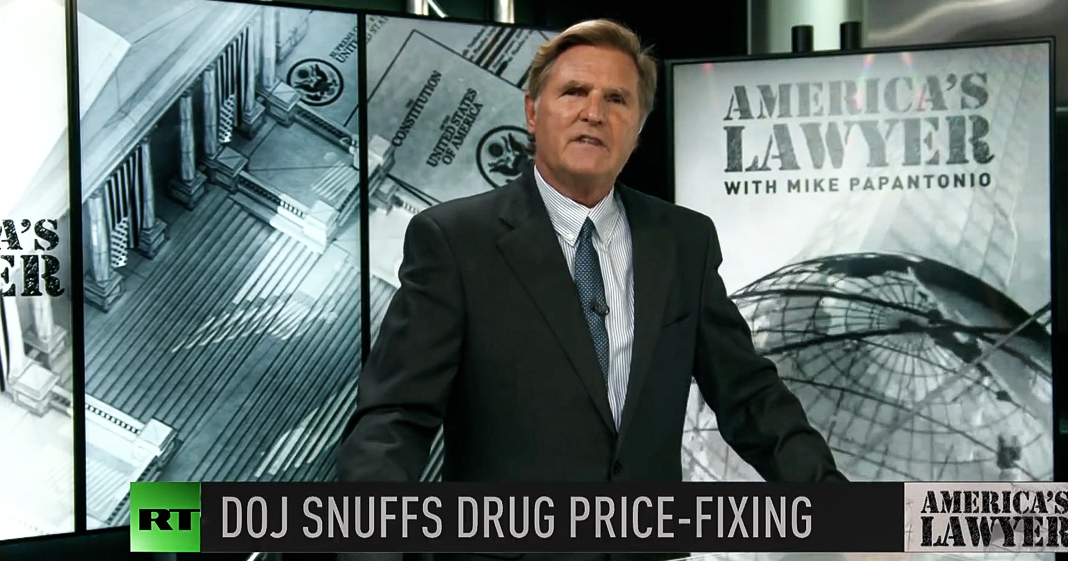 Finally tonight, some good news. The generic drug cartel in America is beginning to face justice, finally, as the DOJ has started to crack down on price gouging and collusion between these drug makers, they’re all working together to inflate prices. We’ve known that, but finally, we’re seeing the DOJ actually do something about it. Last week, the DOJ filed charges against generic drug maker, Glenmark Pharmaceuticals for conspiring to fix drug prices and keep them artificially high for American patients. For years, reporters have been writing about the collusion and price fixing taken place between generic drug makers in America. But the justice department has been slowed to bring charges against these companies and we know why because it’s political influence. It’s money that they’ve spread around.

But now the public is hyper-focused on the cost of prescription drugs. It’s become an issue that can’t be ignored any more by the department of justice or the white house or Congress. Glenmark isn’t alone in their scheme to keep their prices high and they certainly aren’t going to be the only company that the DOJ files charges against. But if the DOJ really wanted to do something to stop the price gouging, they’d be looking to name brand drugs and the big pharma giants who’ve been ripping off consumers for decades, just because they can, because they can get away with it because nobody goes to jail because they don’t look like criminals. They look like businessmen and we treat them differently.

That’s all for tonight. Find us on Twitter and Facebook @facebook.com/rtamericaslawyer. You can watch all RT America programs on Direct TV Channel 321 and also stream them live on YouTube. Be sure to check out RT’s new portable app, where you can watch all of our, all your favorite shows. I’m Mike Papantonio and this is America’s Lawyer where every week we tell you the stories that corporate media is not to tell, they’re ordered, don’t tell these stories because their advertisers won’t let them because their political contacts won’t allow them to tell these important stories. Have a great night.