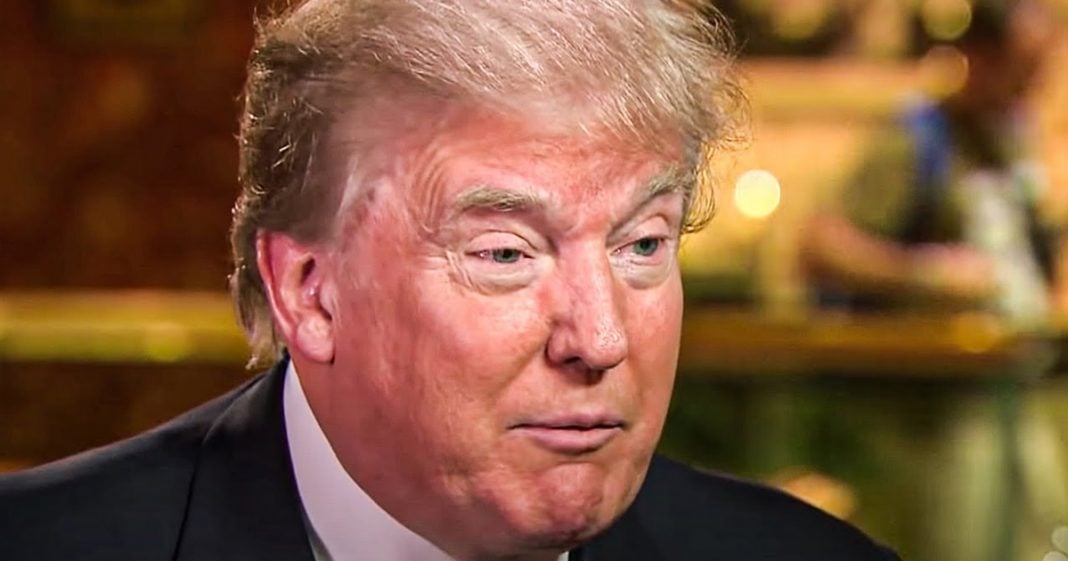 If you needed more evidence that Donald Trump is on the side of the coronavirus instead of the American public, just take a look at his administration’s efforts over the past week. His administration is now actively trying to CUT funding for the CDC to be able to test and trace for the virus, which is something that plays a significant role in flattening the curve. Ring of Fire’s Farron Cousins explains what’s happening.

The Trump administration is actively trying to block Senate Republicans from being able to allocate more money, money that Republicans and Republican governors want to test and trace in their state to help slow and even prevent the spread of the Corona virus in their areas. He also wants to block increased funding for the centers for disease control and prevention and for the department of Homeland security and other offices in the Pentagon to be able to test and trace and respond to the pandemic, to put it another way. Donald Trump and his administration are actively blocking or hoping to block at least all funding for testing, tracing and response to the pandemic here in the United States and abroad Republicans in the Senate to their credit, which they don’t deserve much, but gotta give them a little bit on this, right? They want to increase the funding. They want to get things back to normal and they understand the only way we’re going to be able to do that is to test and trace and respond.

Trump doesn’t want that to happen. Why? Because he understands the very simple calculation. We test more people. We see more cases, right? Except for the fact that we’re seeing more cases, even without more testing. So he says, okay, what if we just reduce the total number of tests that we do? What if we just pretend that this thing doesn’t exist, then therefore it doesn’t exist in our world. You know, the man is acts who actually struggling with object permanence. At this point, if he can’t see it anymore, it no longer exists in his world. That’s how infants think. You know, when somebody leaves the room and infant believes that that person no longer exists, that’s object permanence. Now they, they, uh, grasp that concept rather quickly. Trump, on the other hand has not, at least in terms of the virus. He thinks that if we’re not testing, he thinks that if we’re not tracing, if we’re not actually looking for it, then it doesn’t exist.

People are just getting this weird respiratory illness. Some of them die. Some of them don’t whatever we move on as a country, that’s not how this works. That’s not how the pandemic works. Folks. The rest of the planet is either laughing at us right now, or they’re looking at us in abject horror because of how horrid our response has been. That’s what they’re doing with the United States. And it is 100% because of that, man, everything flows from the top Republican governors are saying, we need more money for testing and tracing. Republican senators are saying, we have to give these people the money we have to fund the Pentagon so they can do this Homeland security so they can do this. But the Trump administration is saying absolutely not. We are going to bury our heads in the sand. We are going to pretend this problem doesn’t exist.

And we are going to barrel forward as if it never even happened. He is losing so much support right now because of his response to the pandemic, both amongst Republicans in Congress and the voters in general, if he goes forward with this plan to block funding, this man will have absolutely no path to reelection and he will forever in the political realm, tarnish his family’s name, therefore preventing any of his spawn from running for president in the future. Most likely can’t say that’s a bad thing, but honestly, folks, we have seen too much death. We have seen too many jobs lost. We have seen too much destruction to be willing to sacrifice any of it. Just to watch Trump go down in flames. The man’s going to go down and flames regardless, but he has to do the smart thing here. Not for his campaign, not for his political future, but for the fate of humanity. And if he doesn’t get his ass out of office in November or sooner, if Republicans had enough courage to invoke the 25th amendment.