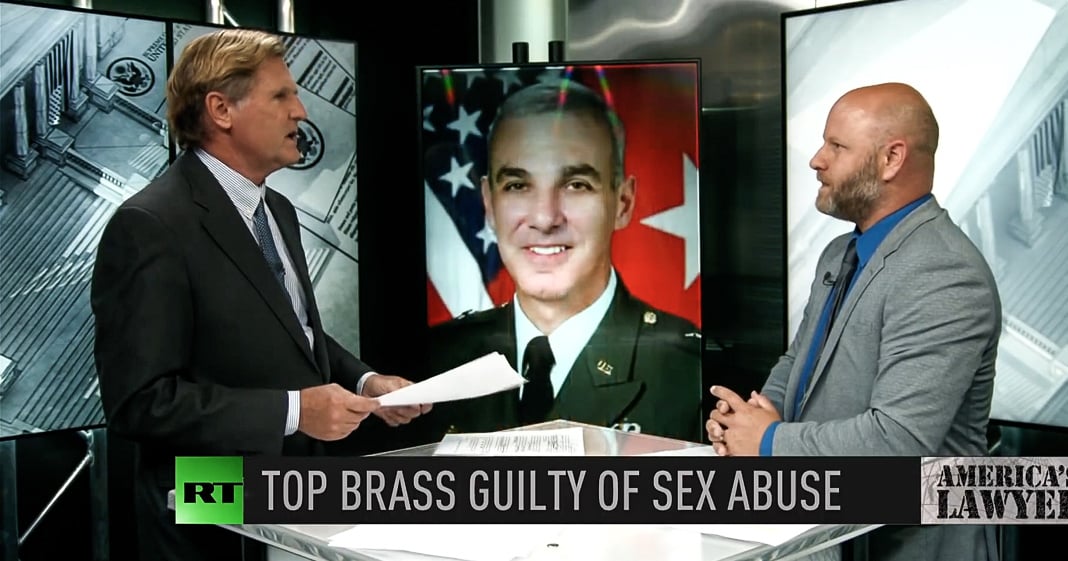 Mike Papantonio: A retired military general has pleaded guilty to molesting his daughter throughout her childhood, but didn’t face any consequences until 30 years after it happened. You know, the reason this story seems, it seems important on so many levels, but I mean, here was a retired two star army general that made it through the system, participated in the system for 30 years. Okay. And they slapped him, they didn’t even slap him on the hand. As a matter of fact, they, in military court, he was given a free pass saying there’s a five year statute of limitations on this. Pick it up from there.

Farron Cousins: Right. The, this story kind of represents everything wrong with not just the, the, the military court system on this issue, but with the federal court system on the issue of assault. This man’s daughter had been molested all through the eighties, all through the, I think the early 70 or late seventies as well, all through her childhood and this man in the military, two star general, nobody ever suspected a thing. But he would go home and he was an absolute monster, an abuser, to this young woman who is now 49 years old. She brought the case and said, listen, I cannot keep silent anymore. We need to do this. As you said, military court says, no, you can’t. I’m sorry, but there was a five year statute of limitations. You should have filed this lawsuit when you were 10 years old.

Mike Papantonio: Overwhelming evidence. The other thing that’s so problematic.

Farron Cousins: His wife said, his wife knew it happened.

Mike Papantonio: Well, his wife knew it happened. And you know the real zinger, his wife is still with him.

Mike Papantonio: They’re still married. And if you look at all, you know, most all the time on these abuse cases, not all the time, but I’d say the vast majority of them, you will have a wife that knows something’s going on, but she has an inability to almost think for herself and say, we gotta get out of here, not for me, but for the child. But I suppose she found the status of being a two star general’s wife so inviting that she stayed with this guy, even though it was very clear, had been molesting this child since she was three years old. And, you know, so to me, the military, this, this idea of a five year statute of limitations on this type of case in the military is ridiculous. It’s, obviously it can go to non-military court, which they’ve done in Virginia. But the very, the very idea that the military gives pass to this cat.

Farron Cousins: Well, and he, he ended up, I think spending only 18 months in prison. He, as soon as they actually sentenced him, when he pleaded guilty and said, okay, yes, I did it. He was released from prison on parole or not parole, but basically under supervision, but allowed to go back to his home. You know, he’s going to have this supervised release, whatever it is they want to call it. But essentially you’re free. You’re free to a certain extent for years and years of abuse that this woman had to live with and still has to live with. And now she gets to live with the added fact of knowing that there’s rarely any justice for women in her situation.

Mike Papantonio: Yeah. Yeah. The wife, wife is still with him. That’s what I find so remarkable.