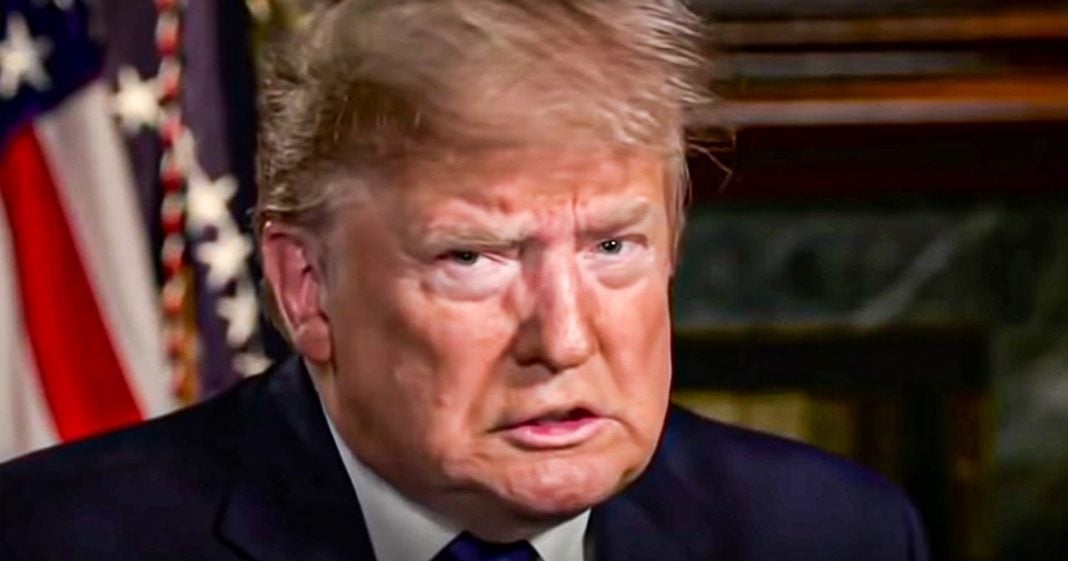 According to a new Gallup poll, the number of Americans willing to identify as Republicans continues to fall, while the number who call themselves Democrats has risen sharply. All of this has happened in just the last few months, and there is little chance that this is going to shift before November. Republicans have dug themselves into a hole that they likely can’t escape from, as Ring of Fire’s Farron Cousins explains.

According to the latest round of polling from Gallup, the Republican party is in far worse shape than any of us had even thought. Now, for months, obviously we have seen polling data showing that the Republicans not doing so well. Uh, the last polls that we got over the last two weeks have shown that on every single issue across the board voters, uh, would prefer Joe Biden be handling it than Donald Trump. We have seen incumbent Republican, some who have been serving in the Senate for 20 to 25 to 30 years. Being in statistical ties with newcomers that nobody’s ever heard of. We are seeing Republicans lose the fundraising battle to Democrats, but this latest poll is so much worse than all of that combined for these Republicans, because this new poll shows that since January, when a majority of people in this country identified as Republicans, that’s now flipped.

And by an 11 point margin, the majority I’m gonna say, say majority, not plurality. Majority of Americans identify as Democrats 50% to 39% for Republican. That is something that, that has only happened four other times, times modern American history. For times when Democrats have held a double digit lead over Republicans in party identification poles. Yes, this is massive. Uh, this is really bad news for Republicans, really great news for the Democrats. And I’m going to give a little bit more good news. Now it took six months and a pandemic for Republicans to grow this unpopular because here’s the kicker January and February of this year, Republicans held a two to three point advantage over Democrat in number of Americans who identified with their parties. Even in the early days of the pandemic, the public was willing to stick with the Republicans to stick with Donald Trump and say that they trusted him more to handle the situation than anyone else.

So these polls are not knee jerk reactions. It’s not just a sudden, Oh my God, crap, bad things are happening. I’m a Democrat. Now this was actually after careful analysis, watching how everything unfolded and say, Nope, I’m not, I’m not willing to go. I’m not willing to go. I’m kind of might be willing to go. And then it’s okay. I’m, I’m gone. You’ve lost me. Now. The fact that it took so long for this to change and that it was a gradual change, even though it was over a very relatively small period of time, the public is more likely to stick with this. Now that’s why it’s such bad news for Republicans. If it was a knee jerk reaction and the polls flipped, you know, in the span of two, three weeks, they could win them back. I don’t think they can win them back.

Not now. This is damage that is going to take years to undo for the Republicans, or it’s going to take a massive amount of gross and competence from the Democrats to flip the numbers back to the Republicans, neither of which I think are going to happen in the next six months, November is going to be an absolute bloodbath in terms of electoral losses for publicans that much she’s clear right now. And sure anything can happen between now and election day, but is anything going to happen between now and election day or are Republicans going to keep digging their own graves? Because they don’t even realize that the reason they’re suffering so much right now is because of what they’ve become. And because people over the last six months have finally gotten to see firsthand, what happens when Republicans put their policies into effect and they destroy the federal government and then there’s a crisis and nobody’s there to help them.