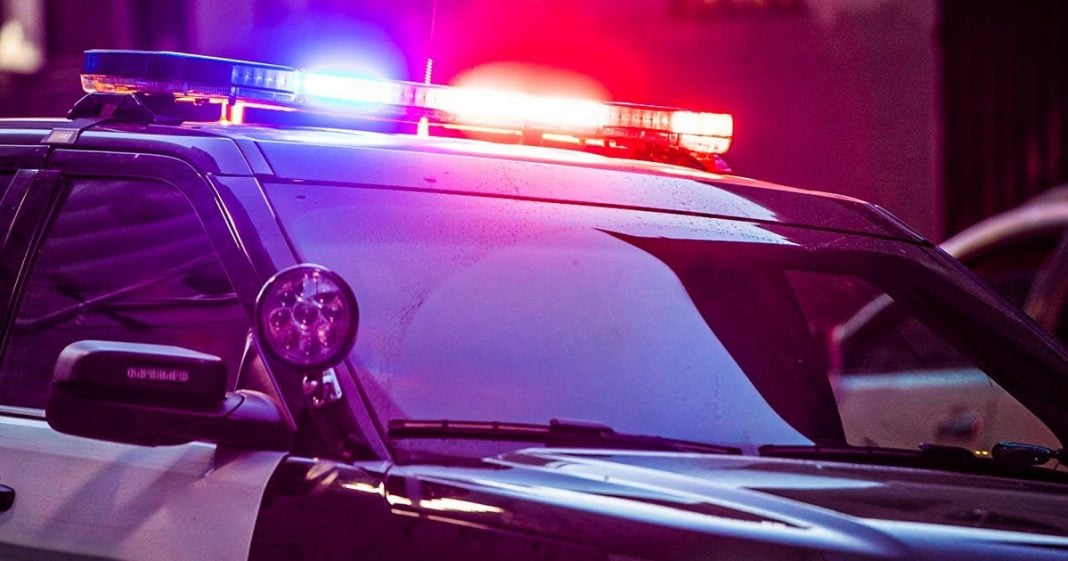 According to leaked documents, police offices and the federal government were fully aware of the fact that it wasn’t Antifa that posed a threat to the country during the ongoing George Floyd protests – It was right wing extremists. This is from the government’s own documents and police reports of both violence and seizures and uncovered terror plots that back up this information. Ring of Fire’s Farron Cousins explains what’s happening and why the media isn’t talking about it.

A series of internal documents from law enforcement agencies across the country, both state local and federal has revealed the police officers were well aware that during all of the, uh, protests that have erupted over this country over the past two months, Antifa was in fact not the actual threat that they were facing, but instead, the real threat posed to both police and protestors alike were right wing extremists. This is what police departments were talking about amongst themselves. This by the way was happening at the same time that Donald Trump and right wing media from Fox news to a daily caller, we’re out there trying to scare people into thinking that Antifa was coming to murder you Antifa was the biggest threat facing America. According to these people, Donald Trump labeled them a terrorist group, a distinction that even the KKK does not have. And it was all for show.

According to these newly leaked documents that were outlined beautifully by Ryan Devereaux over at the intercept link in the description of this video, click on it, go read this article. This is absolutely wonderful because it vindicates Antifa, which again, not even actually a real organized organization, but it shows that everything we have been told at least for the last few months has been an outright lie. Police are not afraid of Antifa. They do not believe leave that Antifa is out there creating some real legitimate threat, right wing extremists. On the other hand are now don’t get me wrong. There are some documents, excuse me, that do show that some police departments attempted to elevate Antifa to the same level as these right wing extremists, but they really couldn’t pull it off. When they, you know, put it there in writing, showing what Antifa was doing versus what the right wing like the Boogaloo boys or whatever the hell they’re called Boogaloo movement.

Uh, what they were doing Antifa were not the people showing up at these protests with AR fifteens. They weren’t the people showing up in Bulletproof vests. They weren’t the people holding on to guns while staring the police in the face. No, those were the right wing extremists. And those were the people that police officers were actually afraid of, including by the way, the department of Homeland security documents from the department of Homeland security show that this government agency also did not see Antifa as a threat. They did not see them as some looming terrorist group in the United States, looking to instigate civil war. They do however, actually have documentation in the form of encrypted messaging from some of these right wing extremists, who said that their goal was actually to murder police officers and more murder protesters to infiltrate these groups, murder the other side, to instigate a civil war.

That’s. Those are things that actually happened there in these fricking documents folks. And here we had media politicians, and everybody like that, telling us that Antifa was the actual threat. Antifa was what we needed to be afraid of. No, these were the people who actually believe it or not. They were on our side. They were the ones out there who wanted to take on these armed crazies at these protests with nothing more than, Oh my God. Milkshakes that, believe it or not. Didn’t contain concrete. Sorry, Andy. No, where’s your reporting on this? Where’s your statistics. Where’s your documents, buddy. Everything you have ever said. Now, Andy has been proven to be a lie, your a fraud. Yeah. And I hope

That the world sees you for what you truly are. Nothing you’ve said has been true. You’ve been in bed with these people too, by the way, nothing that the president has said about Antifa has been true. Nothing that Fox news is saying has been true, but the reason they can’t tell you the truth obviously is because these are their people. The president can’t say that right wing extremists are out there causing all these problems, even though they are because these are his constituents, right? This is his base. These are the Fox news viewers. These are the people who read Breitbart and daily caller and zero hedge on a daily basis. Thinking they’re getting news. When in fact they’re getting nothing more than right-wing propaganda designed to manipulate people who most of them aren’t quite all there. Anyway, the truth is in these documents, the police, the federal officials, the department of Homeland security, any one of them, you ask them what the threat during these protests is. None of them are going to tell you Antifa, they’re all going to say right. Wing extremists. And we know that because their own documents prove it.