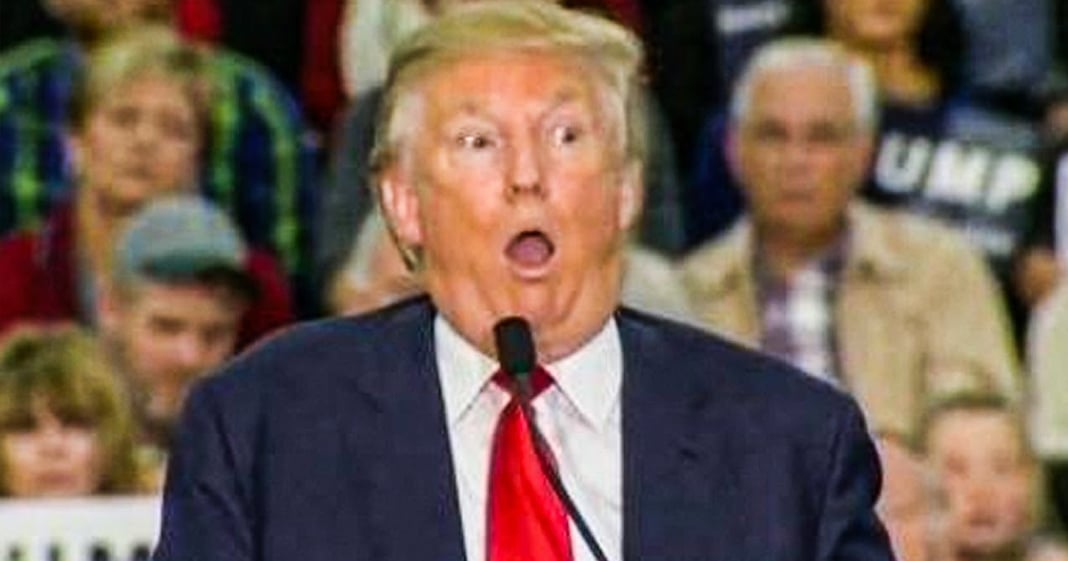 Donald Trump has ordered hospitals to stop turning over their Covid-19 data statistics to the CDC, and instead he wants them handed over to a different government agency that he has more control over. This is how the suppression begins, and this is undoubtedly going to lead to more death and destruction across the United States. Ring of Fire’s Farron Cousins explains what’s happening.

Donald Trump made the decision this week, that he is tired of all of the negative press that he is getting for the coronavirus. He is tired of watching his poll numbers sink into oblivion because of coronavirus. So he’s come up with the best possible solution for him. And that is what if we just suppress all the data, then my numbers can’t get worse because nobody will know how bad things really are. And that is exactly what he is trying to do here. Earlier this week, the president made the decision to tell hospitals, to stop sending their COVID-19 data to the centers for disease control and prevention. Instead, he is now going to have them send them to a government agency over which he has far more control and oversight because it’s being run not only by former pharmaceutical executive, but by his hand picked crony Alex Azar.

Because of course that department would be health and human services. That is where Donald Trump now wants hospitals and other, uh, medical facilities to send all of their data. Instead of sending it to the centers for disease control, the centers for disease control and prevention had been releasing the data to the public. That’s how we know how bad things are. And more importantly, that’s how scientists, researchers, data experts, and most importantly, other members of the medical community knew what to expect and how to plan accordingly. You know, all this talk about PPE and running out in the early days. And now we’re actually, once again, running out the data from the centers for disease control, lets local communities let States know when things in their area are on the rise and as such and based on forecast modeling from scientists saying, Hey, based on where you’re at now, how quickly this is spreading in four weeks, you’re going to have a massive problem.

The state can say, okay, now we need to order stuff. Then we need to get on this list. We need to get the PPE here. We need to make sure it’s in place. So that four weeks from now, based on the data from the CDC that the scientist have analyzed and forecasted, we can be prepared. That’s not going to be an option anymore. They won’t be able to do that because of what Donald Trump is doing here. People will die. That’s not an overstatement. We’re already in a situation where we’re running out of hospital beds across the American South. Now just like we did in the Northeast in the early days of the pandemic. Now it’s the South running out of hospital beds. And Trump wants to suppress all that data for the sole purpose of hoping, hoping that his poll numbers are going to go up because that’s what all this is about. Folks he’s pissed off because his numbers are going down the toilet because nobody even trust him to handle the economy anymore. That has been the biggest, uh, flip and polls throughout this entire thing. He’s facing annihilation along with the rest of the Republican party in November. So he says, screw it. I’m just gonna hide it. I’m just gonna hide the data. You’re not going to know

People will die. People are furious right now by this decision. But that anger that that fury has to be held on to. And I know psychologist, psychiatrist probably gonna tell you don’t hold on to anger. No, you have to hang on to this anger because folks I’ll say this a million more times before I eventually retire. I’ve been in this game for so long. I have seen how quickly people are willing to forget even the most egregious abuses of power by the most corrupt politicians they’d really truly do. And this is another one of those instances where this man commits so many different outrages, some minor, some massive, this is a massive one, his little bean photo yesterday. That was a minor one. Guess which one’s getting more publicity today. That’s why I think people could forget this.

So don’t forget it. Remember what this man has done. Remember that his decision here is going to get people killed. And also remember that the damn Democrats have not yet put out an ad about this. And this has been public knowledge for 36 to 48 hours. Now that’s pathetic. Get better with your rapid response team Democrats. Don’t try to leave everything up to the Lincoln project. Cause if you do, they’re going to take over your party, do better because this country deserves better. We deserve better than what we have sitting in the white house right now, we deserve better than what the democratic party has to offer. So somebody, anybody with a brain get out there, put this crap in an ad and run it every day without fail between now and election day.