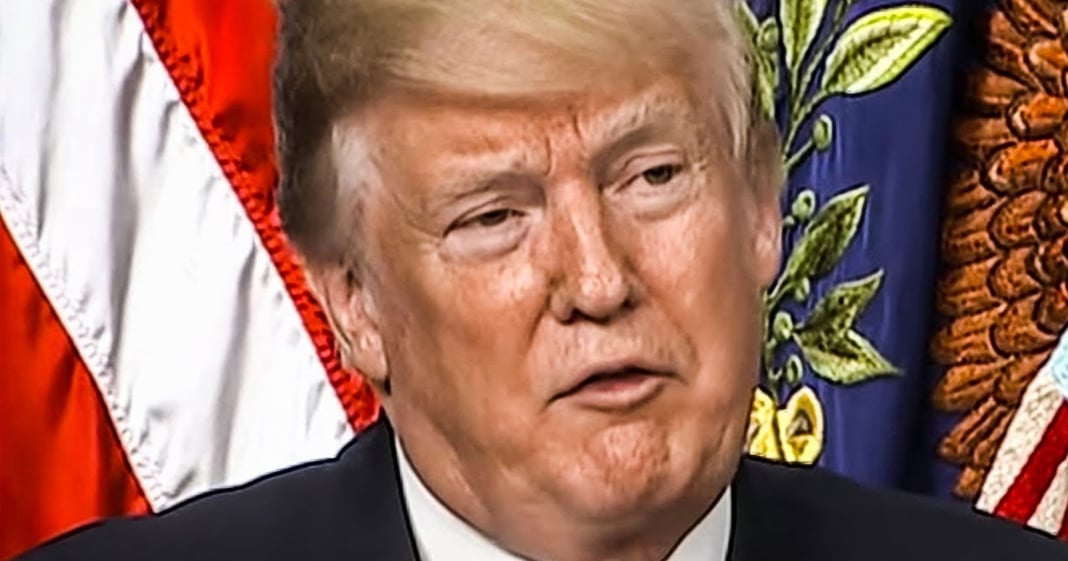 Donald Trump has insisted that payments to American farmers continue to flow, and reports now indicate that many farmers are getting money that even they say they don’t need anymore. Not that things are better, but they have gotten so much money from the federal government that they don’t even know what to do with it anymore. This comes at the same time that other Americans are struggling and they are getting absolutely no help from our elected officials. Ring of Fire’s Farron Cousins explains what’s happening and why.

Donald Trump’s trade war is still raging on with absolutely no end in sight. In fact, his top trade advisor, Peter Navarro actually admitted just a few weeks ago that talks with China have not just stalled. They’ve actually fallen apart and we’re essentially back to square one. So there are no deals there. There’s nothing, you know, in the works at the moment, it all fell apart. Trade war is going to continue raging probably until we get somebody else in the white house. And as such, the, uh, department of agriculture is still sending out checks to American farmers to make up for the losses that they’re experiencing because of Donald Trump’s stupidity and arrogance. And now, according to the experts, these subsidies, because that’s what they’re calling him subsidies that Trump is sending out might actually be doing more harm than good. Because at this point he is sent these farmers so much money.

A lot of them do, I don’t even know what to do with it anymore. There’s no oversight to the program whatsoever because this money was not appropriated by Congress. This was Donald. Trump’s doing ordering the department of agriculture to send out these checks, which has now totaled a 23 billion and direct bailout funds. So far this year, though, there’s been 32 billion total spent in direct aid to farmers in the form of both bailouts and subsidies to different items. Um, 32 billion rewind the clock three years ago, 2017. The amount of money we spent was 11 billion in these direct subsidies. Now it’s 32 billion, all tax dollars going to these people who don’t necessarily need as much money as they’re getting. They are now, according to the research, making more money through these direct bailout payments than they did through farming. So we’re not just making up their losses. We’re, we’re giving them just free play money.

Why we know why, because these people were pissed off at Donald Trump for launching a trade war that destroyed their way of life. He needs them to vote for him in November. So he’s just sending them our tax money as a bribe. This is legalized bribery, maybe it’s legal. I don’t even know if it is, but that’s what’s happening with our tax dollars. Donald Trump president of the United States is using our tax dollars to pay off essentially these farmers. So they will vote for him in November. Meanwhile, almost a third of Americans. Couldn’t make their housing payments at the beginning of July, almost the same number as those who couldn’t make the payment in both June. And may. We got a one time, one time check of a 1200 bucks more. If you have kids little less, if you’re, you know, middle-class, but farmer’s been getting a check every single month for two straight years, and they’re getting far more in unappropriated money that has no oversight than they ever made farming.

And the only reason that’s happening and understand this, I am not mad at those farmers. One bed, they got screwed. They hundred percent debt and they do deserve government’s help. And I am not mad at them for taking in more than they need right now. The problem with that lies with Donald Trump. He is the one who is making these decisions and he is only doing it. Not because he screwed them with his trade war, but because he needs their votes. That’s why this started shortly before the real, you know, intense part of the 2018 election. Didn’t help him then. So the payments have only increased since then. It’s a very easy timeline to read. We can see what’s happened. We can see money increasing. We can see which States it’s going to, and we can understand without a doubt that Donald Trump is using our tax dollars to bribe farmers, to vote for him in November.